Lessons from the case against the Calabrian mafia: Organized crime is global, and flourishing 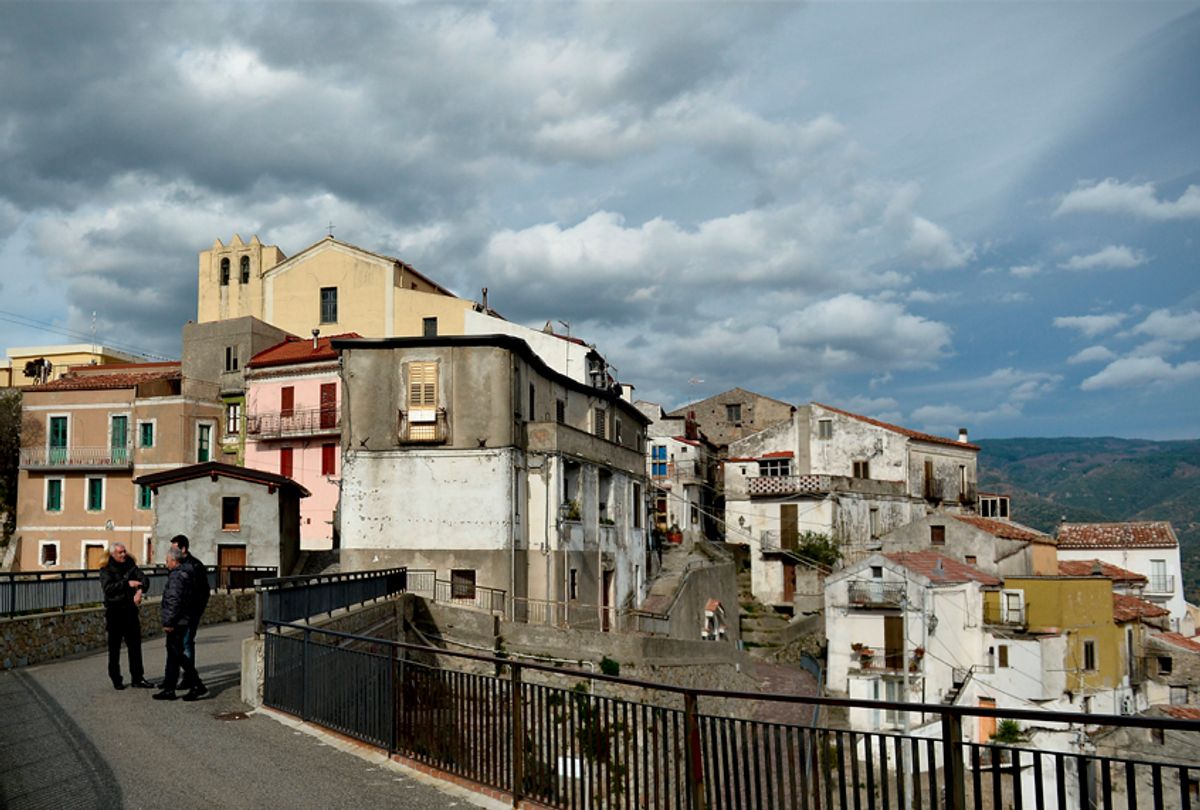 In the spring of 2015, I flew to Sicily to report a story about the European migration crisis. Then, as now, hundreds of thousands of migrants from Africa and the Middle East were crowding into small fishing boats and flimsy rubber dinghies in Libya, Egypt and Turkey and setting out across the Mediterranean for Europe. In 15 years, 22,000 had drowned en route. But if the humanitarian crisis was well known and comprehensively reported, I had been tipped off that a central explanation for this catastrophe had received less attention. Anti-mafia prosecutors in Palermo were claiming to have evidence suggesting that one answer to why so many refugees and migrants were heading to Sicily was because the Italian Mafia wanted them to.

In Sicily, I interviewed the prosecutors and reviewed their evidence, and talked to Carabinieri, anti-mafia activists, refugees and social workers. Where the world had seen an unprecedented emergency, Italy’s gangsters had perceived an unrivaled opportunity. North African and Middle Eastern gangs handled the trafficking across the Mediterranean. But once the migrants arrived, mafiosi were making millions from them, sometimes putting them to work on farms for as little as €3 a day, sometimes taking a cut from Nigerian prostitution rackets, but mainly by infiltrating and corrupting Italy’s immigration system. The mafia’s men inside these authorities ensured that mafia businesses were awarded contracts for the construction and management of refugee reception centers. Each migrant earned the mafia €28 per head per day. A three-year contract to run Europe’s biggest migrant center at Mineo in eastern Sicily was worth €97 million. A Carabinieri surveillance team in Rome recorded one mobster, convicted murderer Salvatore Buzzi, boasting in a phone call to an associate: "Do you have any idea how much I make from immigrants? Even drugs aren’t as profitable!"

The story was a startling correction to the idea of the Italian Mafia as historic. It also repudiated any notions of mafia glamor. Here was a vast present-day criminal conspiracy making tens of millions from the excruciating suffering of hundreds of thousands of people and 3,000 to 4,000 deaths every year. This was not the stylish menace of "The Godfather" or "Goodfellas" or even Elena Ferrante. This was sordid, venal and deadly.

My last two interviews were in Rome. Through friends, I contacted a journalist in the capital who specialized in mafia stories, Laura Aprati, and asked her to set up two interviews, one with a Carabinieri chief, another with a senior anti-mafia magistrate, both of whom she knew. Laura’s price was €250, plus my mandatory attendance at a showing of a play she had co-written with another journalist and two anti-mafia activists at a school in a run-down, mafia-heavy area on the outskirts of Rome. "You will come," commanded Laura. 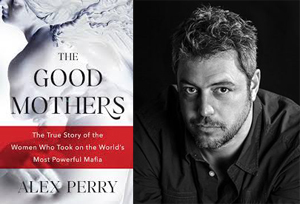 The play turned out to be a one-woman show, accompanied by the mournful bow of a single cellist, set against a plain, blood-red backdrop. At the time, I spoke no Italian and understood very little of the drama, but one thing I did manage to catch was the name of the play’s protagonist, Maria Concetta Cacciola. That single name turned out to be the key that unlocked another hidden world. Concetta, as I later read in several thousand pages of judicial documents, had been born into a family that worked for one of the ruling clans in the Calabrian Mafia, the ’Ndrangheta, in the toe of Italy. In May, June and July 2011, she had testified against her family in return for entry to Italy’s witness protection program. By doing so, she was following the example of two other ’Ndrangheta women, her friend Giuseppina Pesce, who came from Concetta’s home town of Rosarno on Calabria’s west coast, and Lea Garofalo, who was from Pagliarelle, a mountain village above Calabria’s east coast. Concetta, Giuseppina and Lea all shared the same motivations for giving evidence. They wanted their children to have a different life, away from the blood and killing of the mafia; and they had all been accused of having an affair.

The three women’s testimony blew the secret world of the ’Ndrangheta wide open. Like Sicily’s Cosa Nostra and the Camorra in Naples, the ’Ndrangheta (pronounced un-drung-get-a and derived from the Greek andrangheteia, meaning "society of men of honor and valor") had been founded in the tumultuous years around the unification of the Italian peninsula in 1861. Like the other two mafias, too, the ’Ndrangheta covered its criminality with a veneer of righteous revolution: their infiltration and corruption of the economy and the state was part, so the mafioso narrative went, of an honorable, southern subversion of the new northern-dominated Italian state. But at the time, little else was known about the organization. For most of its existence, the ’Ndrangheta had been considered a poor cousin to Cosa Nostra and the Camorra, country bumpkins in dusty suits who might extract protection from the local trattoria but never strayed far from their groves of oranges, lemons and olives.

Thanks in part to the three women’s testimony, that caricature was revealed as woefully out of date. In their statements to police and in court, which ran to thousands of pages, the women described a global monster. Eventually, Calabria’s prosecutors would conclude that the ’Ndrangheta had a presence in 120 of the world’s 200 countries and a global income of $50-100 billion at its upper end, around $10 billion more than Microsoft’s annual revenue. They ran heroin, marijuana and 70 percent of the cocaine in Europe. They extorted Calabria’s businesses for billions of euros every year and, further afield, embezzled and rigged contracts from the Italian government and the European Union worth billions more, even cornering the market in the disposal of nuclear waste, which they dumped in the Red Sea off Somalia. Their empire linked a mob war in Toronto to a cocaine-delivering pizzeria in Queens, New York, called Cucino a Modo Mio (I Cook My Own Way) to the reported ownership of an entire Brussels neighborhood to mining in Togo.

Their gun-running business directly affected the destiny of nations: Franco Roberti, head of Italy’s anti-mafia directorate, told me the ’Ndrangheta was selling weapons to several sides in Syria’s civil war. But it was laundering their riches and those of other crime groups from around the world, which the Calabrians did for a fee, that made the ’Ndrangheta a global power. Millions of people worked in their companies, shopped in their stores, ate in their restaurants, lived in their buildings and elected politicians they funded. Giuseppe Lombardo, a Calabrian prosecutor specializing in the ’Ndrangheta’s finances, told me that by buying up the government debt of two Asian countries, Thailand and Indonesia, then threatening to dump it, the ’Ndrangheta had blackmailed entire nations into letting it operate on their territory. Their money, said Lombardo, had elevated the group to a position of invulnerability. They now occupied a "fundamental and indispensable position in the global market," he said, one that was "more or less essential for the smooth functioning of the global economic system."

That almost no one knew any of this until the last decade or so is no coincidence. The secret of the ’Ndrangheta’s success was secrecy or, as they called it, omertà. As I describe in "The Good Mothers," their great flaw turned out to be the claustrophobic family loyalty and murderous misogyny with which they enforced it. The women of the ’Ndrangheta had lives as restricted as women living under conservative Islam. To persuade them to talk, all the prosecutors had to do was offer them and their children an alternative.

The investigations built on Concetta’s, Giuseppina’s and Lea’s evidence brought down several large crime families and shook the ’Ndrangheta to its core. What unnerves me, still, is that such a giant, global enterprise could function for so long without anyone knowing. That revelation sits alongside two other disturbing modern truths: that globalization assists illicit business as much as it does legitimate commerce; and that the era of global, mass connectivity has, paradoxically, decreased how what we know about the world as the conversation narrows to a few common narratives (Trump, terrorism, #Metoo) and the truth is subsumed by noise.

What I discovered about the ’Ndrangheta has made me curious about other, equally unfamiliar organized crime groups. Years of research lie ahead. But I can already say with some confidence that the great hidden truth of our era is that terrorism is a spectacular distraction from the real threat: the rise of global organized crime. From drugs to guns, cyber-attacks to the dark web, political financing to narco-states, people trafficking to child abuse, tax havens to smuggled wine, counterfeit watches to fake news, nail bars to hand car washes and money laundering through property and financial markets from London to New York to Hong Kong to Johannesburg, organized crime is all around us. The most remarkable thing about that? Almost nobody seems to have noticed.

Award-winning writer Alex Perry was born in Philadelphia and raised in England. He has been a correspondent for Time and Newsweek and is the author of several nonfiction books including "The Rift" and "Falling Off the Edge." His latest book is "The Good Mothers." His awards include honors from the Society of Publishers in Asia, the Foreign Press Association in London and the Overseas Press Club in New York. In 2007, while covering Zimbabwe's implosion, Perry was held in jail for five days before being convicted of being a "determined and resourceful journalist." He lives with his family in Hampshire, England.