"I have black children in my family": Fighting back tears, Roseanne Barr apologizes for racist tweet 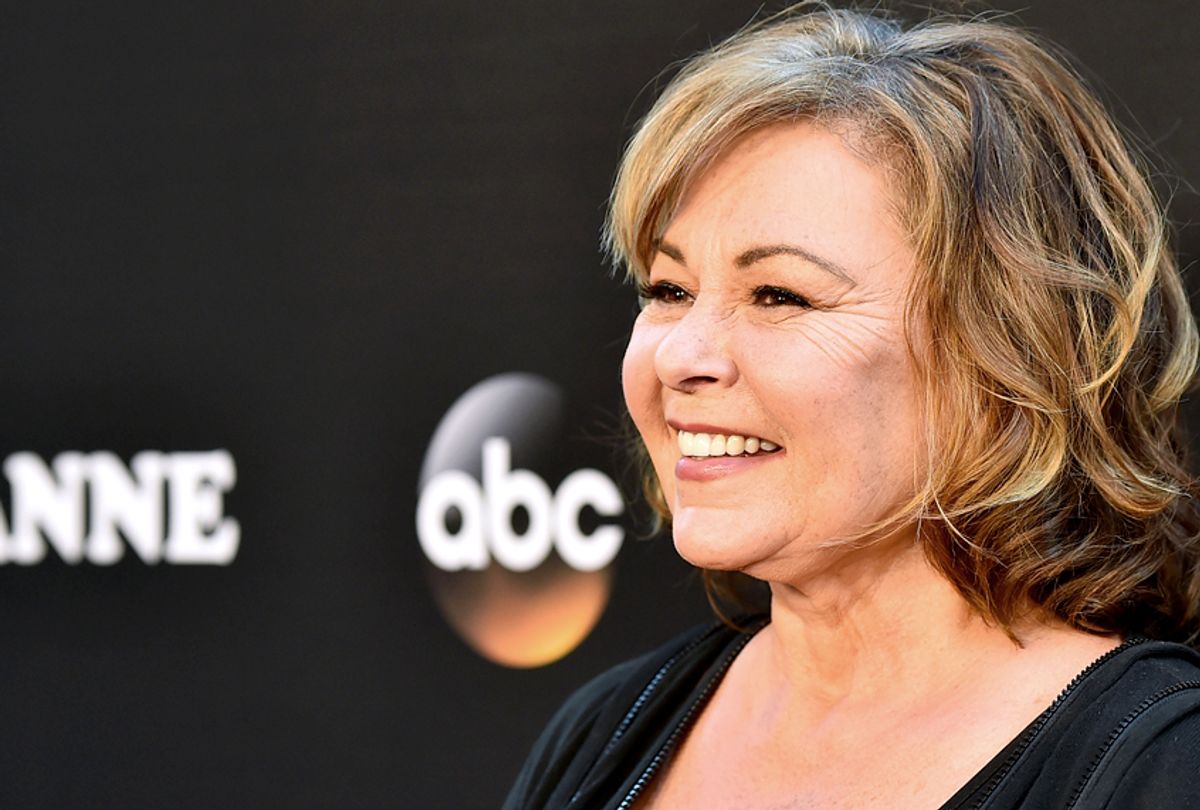 Fighting back tears, Roseanne Barr expressed remorse to a rabbi for the racist Twitter rant that lead to her abrupt dismissal from the the highly-rated ABC sitcom bearing her name.

Released this weekend, the emotional interview with her friend, the Jerusalem Post columnist Shmuley Boteach, was apparently recorded the day following the cancelation of "Roseanne" in the wake of Barr's racist tweet comparing former President Barack Obama's aide Valerie Jarrett to an ape.

The network has since announced a "Roseanne" spin-off, allowing the Conners to live on sans Barr's participation.

Barr repeatedly expressed remorse during the interview, but mostly in a way in which some people do after being called out for racist behavior.

"I didn't mean what they think I meant," she said. "And that's what's so painful."

Barr maintained that she did not know that Jarrett was black. Rather, she just disagreed with her politics.

The actress also reinvigorated the excuse that she was "impaired" by Ambien at the time of her tweet, and also that she has "loved ones who are African American."

"I have black children in my family," Barr said. "I can’t — I can’t let them say these things about that — after 30 years of my putting my family and my health and my livelihood at risk to stand up for people. I’m a lot of things — a loud mouth and all that stuff — but I’m not stupid, for God’s sake."

"I never would have wittingly called any black person — say they are a monkey. I just wouldn’t do that. I didn’t do that. And people think that I did that and it just kills me," she sobbed.

Interestingly, Barr claimed that ABC had asked the actress to get off Twitter before her contract was signed for the show's reboot. Because of her well-documented track record on the social media site, the network seemingly predicted a tweet could lead to her downfall.

"They don’t accept my apology or explanation," Barr continued. "And, I’ve made myself a hate magnet. And, as a Jew, it’s just horrible. It’s horrible."

Perhaps the most revealing and honest portion of the conversation came when Barr said she has "always worked with black women and worked on my racism."

Notably, that is the first statement that Barr has made that does not attempt to deflect from or explain away her racist language. Regardless of whether she knew Jarrett's race, whether she has black family members or if she wrote it while on sleeping medication, what the actress tweeted last month was racist, period. That is fact.

But whether it comes from Barr, former Arizona Governor Mike Huckabee or from anyone else who has cried "I'm not racist" right after saying something racist, such apologies are not only insincere, they are also unproductive.

The U.S. operates through a white lens. Whether or not they able to admit it, with a history that includes slavery, Jim Crow, housing discrimination and red-lining, mass incarceration, police brutality and other forms of systematic racism and state violence against black and brown people, messages of racial inequality are internalized by white Americans.

Only when white people reckon with the injustices that are indoctrinated within the fabric of American society can the U.S. finally begin to strip away the evolution of slavery within its institutions.

That is what the Equal Justice Initiative's "The Legacy Museum: From Enslavement to Mass Incarceration" seeks to do — force Americans to reconcile with the hard truth that slavery did not end at abolition — in an effort to come to terms with the past and find meaningful solutions for the future.

"Our nation’s history of racial injustice casts a shadow across the American landscape," EJI Director Bryan Stevenson explains. "This shadow cannot be lifted until we shine the light of truth on the destructive violence that shaped our nation, traumatized people of color and compromised our commitment to the rule of law and to equal justice."

How should journalists report on racism and hate groups?