It took Joshua Neuman 13 years to finish his film about his brother, a college rocker who died young 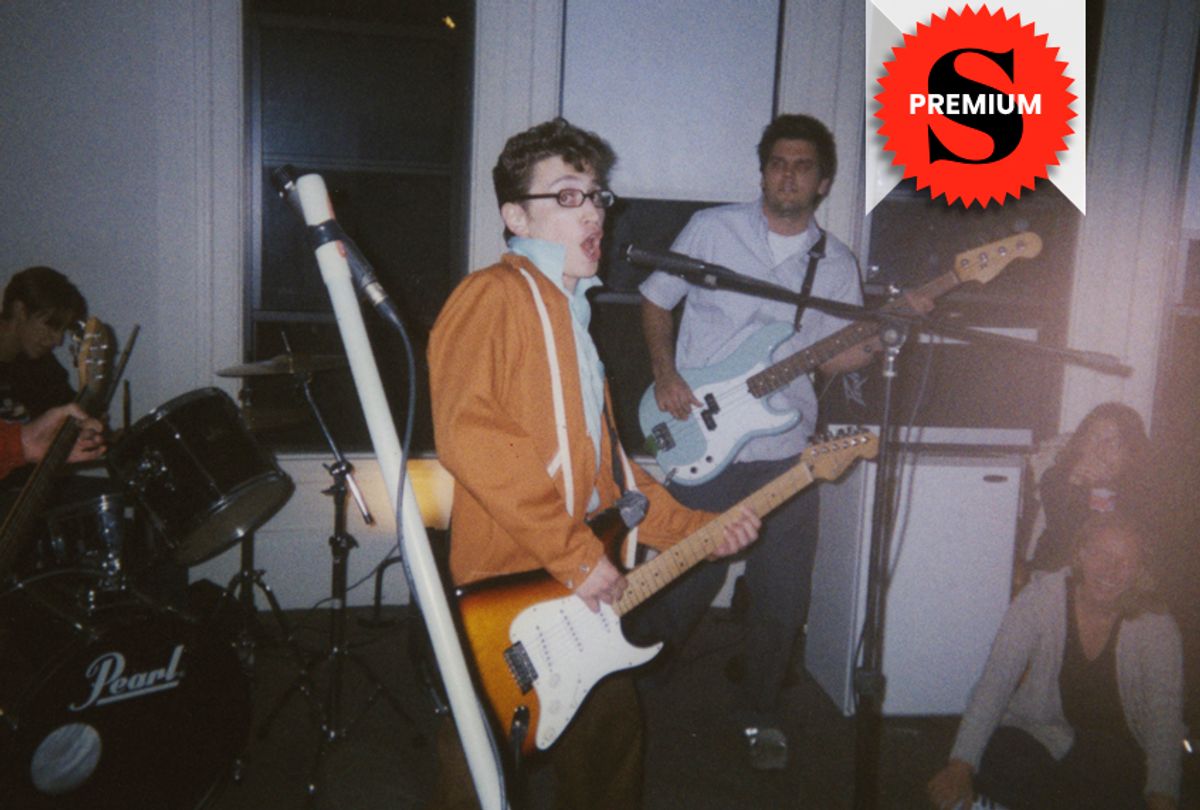 Deeply affecting garage rock — a category of one, perhaps — may be the best way to describe director Joshua Neuman’s “Johnny Physical Lives,” his documentary about his brother, Jonathan, a college band lead singer, who died of Leukemia when he was 20 years old.

You can watch the full documentary "Johnny Physical Lives" on Salon Premium, our new ad-free, content-rich app. Here's how.

Salon spoke with Neuman about the film that took him 13 years to complete after his brother’s passing.

Assuming you made the film partly as a way of coping with your grief, did the emotional process go as planned?

Sort of. I mean, I never felt closer to Jonathan than when I was re-watching old video footage of us from our childhood, or discovering new footage of him in college that I had never before seen. The very act of editing his voice — even if it was just to cut out a pause or an aside — made it feel like he was sharing a new sentiment with me when I played it back. So it was a lot more difficult to finish the film than to make it—if that makes any sense. Jonathan is, of course, the film’s subject, but I very much feel like he made this film with me. And so, finishing the film meant accepting that this journey we were undertaking together would finally be coming to an end.

What do you think Johnny would have liked most about the film?

That’s an easy one: His groupies.

More seriously, the central conceit of the animation is that my closeness to Jonathan during his life enables me to share his experience of cancer with the audience.  Of course, there’s no way for me to know what he was “really thinking” or “really feeling” at any one point.  All I could really access is some approximation.  So it took a ton of work to get the animation to feel like it was the extension of Jonathan’s imagination. For example, I never asked him what Frankie Lines, Danny Animal, or Nick Fiction would look like in his imagination. I based them on Jonathan’s favorite rock stars: Frankie Lines is essentially Johnny Thunders of The New York Dolls and The Heartbreakers; Danny Animal is Dee Dee Ramone, the bassist for The Ramones; Nick Fiction is The Rolling Stones’ drummer Charlie Watts; Miss USA is Debbie Harry; the blood monsters were based on the Hell’s Angels in “Gimme Shelter,” the Maysles Brothers’ documentary about the Rolling Stones concert at Altamont; and Johnny himself is a mix of Jonathan’s two greatest influences, Buddy Holly and Iggy Pop.

Astute observers might also notice iconic moments of rock n’ roll history being incorporated into the animated narrative: The Ramones hanging out on the Bowery, Sid Vicious shooting up in the Chelsea Hotel, and the cover of The Clash album “London Calling.” We sort of took that crazy assortment of rock mythologies and dipped them into an ocean of colors from the cartoons Jonathan watched as a kid.

So, you have these sordid adventures that seem right out of downtown Manhattan in the 1970s colored like they were out of He-Man and the Masters of the Universe with groupies who seem right out of Jem and the Holograms cartoons — not to mention sequences referencing Jonathan’s favorite movies: “The Goonies,” “Trainspotting” and, of course, “Night of the Living Dead.” Hopefully, the end result is that the audience really feels like they’re entering Jonathan’s fantasy world, and not just mine. I think he would have really liked the animation for those reasons. But also the groupies.

Your parents are never mentioned in the film. Why?

It complicates things. I feel like the three of us (me, my dad, my mom) would have made three entirely different films — naturally they had different relationships with Jonathan than I did. That being said, they were my single two greatest supporters in the course of the making of the film, and when they finally saw the film at DOCFEST in NYC, they loved it. We had a little afterparty around the corner from the theater afterwards, which turned into a “This Is Your Life, Jonathan Neuman” with his friends from childhood, college, his band members, and nurses from the hospital all there to celebrate his life.

The animation is top-notch and very effective; can you tell me a little about who did it and the creative process?

It was never my intention to include animation in the film.  Really it was the product of necessity. Jonathan’s story was badass. It was strange, darkly comic, and also inspiring, but after he passed away in June of 2002, when I began showing the video footage we shot together, people had a hard time watching it. The image of a kid with a bald head made it super difficult for anyone to feel anything other than sadness. Two friends of mine at the time, Edet Belzberg (who came on board as an executive producer) and Jason Spingarn-Koff (the film’s original editor who went on to run Op-Docs for The New York Times), pushed me to find an entirely different visual language to do justice to the complexity of emotions I was trying to evoke.

After a successful Kickstarter campaign, I hired Canadian animation studio Style5.tv, so that the audience could really get a window into our experience during that time. I sent a ton of visual references to them and forced the entire animation team to see “Velvet Goldmine” and they did their thing. I had them start with the climactic scene of Johnny injecting himself into his own body to fight the Blood Monsters because I really thought that that was the film’s most important emotional moment.

Did Maysles use the footage he shot of your brother in his own film about death?

Not too long before Jonathan was moved to intensive care, a friend of mine told me that famed documentarian Albert Maysles was interested in shooting Jonathan for a project he was creating for PBS. Even though he intended to shoot Jonathan for 20 minutes, Maysles and his assistant interviewed Jonathan in his hospital room for an entire afternoon. Although he didn’t end up using what he shot of Jonathan, Albert generously shared that footage with me for use in my film.

Whenever Albert and I talked about my project, the conversation would inevitably come around to his feelings about his late brother  and creative collaborator, David Maysles. It deeply saddens me that Albert passed away before he could see “Johnny Physical Lives” because their relationship — not just Albert’s actual footage — inspires my film.

By the way, my favorite scene in the film is when Albert is interviewing Jonathan in his hospital room and Albert (and late brother David) are interviewing Johnny at the Chelsea Hotel. It is as if Jonathan dreams so hard that other people’s dreams can come to life in his universe.

What was the screening at the Nantucket Film Festival like for you?

Funny you should ask: LOVED it. I’d say Nantucket along with Sheffield were probably my two favorite festival experiences. In Nantucket, we teamed up with a non-for-profit called Musack and invited a bunch of bands to the island to perform Physicals songs at a local venue to raise money to support music programs in underfunded public schools.

I’m writing a script about another young man whose story is epic but overlooked.  His name is Kenny Washington and he broke the NFL’s color barrier in 1946 by joining the Los Angeles Rams.