Why New York state is suing the Trumps: 5 questions answered 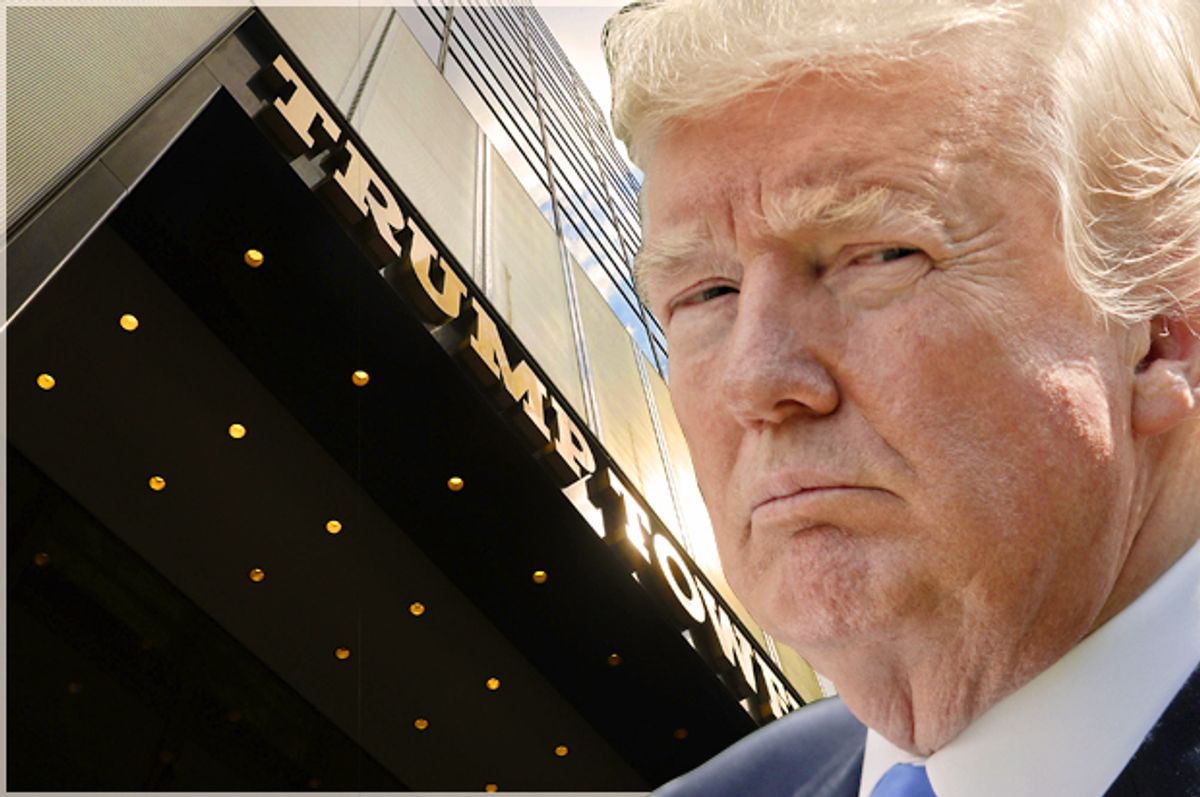 1. Who is being accused of doing what, exactly?

Trump and his three eldest children – Donald Jr., Eric and Ivanka – all sit on the Donald J. Trump foundation’s board, which Underwood’s lawsuit says exists “in name only.”

New York state’s attorney general is accusing the four Trumps of violating not just norms but laws. It says their foundation made payments that were “unlawful because they benefited Mr. Trump or businesses he controls.”

These are allegations of “self-dealing” – that is, leveraging charitable assets for personal benefit. The foundation, which admitted to engaging in this illegal practice in 2016 without providing many details, is also accused of illegally coordinating with Trump’s presidential campaign and manipulating the foundation’s giving to bolster the president’s political ambitions.

Underwood described the Trump foundation’s grants and expenditures as “little more than a checkbook for payments from Mr. Trump or his businesses to nonprofits, regardless of their purpose or legality,” in a statement summing up the allegations.

“This is not how private foundations should function and my office intends to hold the Foundation and its directors accountable for its misuse of charitable assets,” she stated.

Among other things, the New York state lawsuit specifically alleges that foundation money was misused to settle legal claims against the Trump family’s business and curry favor with key political constituents.

2. What is the big deal about self-dealing?

All nonprofits, including the Donald J. Trump Foundation, pay no taxes on income, earnings or assets. This exemption is made in exchange for their mission to serve the public good.

One reason why charitable self-dealing is a big deal has to do with tax law.

In this case, it would essentially mean that taxpayers were subsidizing the wealthy Trump family, rather than simply allowing them to take advantage of tax breaks to benefit the public.

When foundations originated in the early 1900s, some benefactors abused their philanthropic operations. The Rockefeller and Sage foundations, for example, originally served as tax havens for their founders’ fortunes in addition to charitable purposes.

Since Congress cracked down on this practice in 1969, as part of a sweeping tax reform effort that outlawed using foundation assets for personal gain, the vast majority of foundations have scrupulously followed these rules.

By contrast, the Trump family, according to in-depth reporting by The Washington Post’s David Fahrenthold and other journalists, has brazenly and repeatedly broken charitable laws, even going so far as to use foundation money to buy a portrait of Donald Trump that was displayed at one of Trump’s private clubs.

Separately, when foundations give money away to bolster someone’s political fortune, it can break campaign finance laws. Foundations need not disclose their donors, unlike political campaigns.

3. Are there any similar precedents?

This lawsuit is more than a big deal for the Trump family. It marks the first time since 1969 that any private foundation has been formally censured for self-dealing.

That may be because self-dealing does not appear to be a widespread practice in private foundations. All 501(c)(3) private foundations, including the one bearing Trump’s name, make grants. Often controlled by members of a single family, these foundations are relatively unaccountable to the public. Their sole formal responsibility to the public is to comply with IRS regulations.

As scholars Brian Mittendorf and Philip Hackney have previously explained, only 0.25 percent of private foundation tax returns in a recent 10-year period suggested any evidence of this kind of wrongdoing.

In contrast, self-dealing by public charities, nonprofits that run programs and offer services, is more common. For example, the Wounded Warrior Project – a public charity – was accused in 2016 of lavishing millions of dollars of donations on its own leaders. This resulted in a Senate investigation and sharp declines in donations but no prosecution or formal punishment.

4. How have the Trumps responded?

Without addressing any of the specifics of this allegedly illegal behavior, President Trump has dismissed the lawsuit as a “ridiculous case” and accused Underwood’s office of “playing politics.”

But the evidence against the family does look strong, in my opinion, partly because some of the Donald J. Trump Foundation’s alleged illegal transactions were relayed in writing.

5. What are the potential consequences?

If they are found guilty, the Trumps could potentially be forced to pay a US$2.8 million fine because Underwood’s office said that the foundation funneled at least that amount to Trump’s presidential campaign. They may also have to dissolve the foundation – something that the Trump family has already said it plans to do.

That figure also, as it happens, equals the amount of money President Trump gave the foundation bearing his name between 2001 and 2008. Since then, all donations going into the organization have come from other sources, including World Wrestling Entertainment and NBCUniversal.

President Trump may be prohibited from serving on the board of any nonprofit for 10 years. His children, who are involved in other charitable pursuits that have in some cases raised additional legal concerns, could be similarly barred for one year.

Because Underwood’s office has relayed its findings to the Federal Election Commission and the Internal Revenue Service, additional probes could result in additional penalties for the president and his family.

Notably, should the Trumps be found to have violated campaign finance and tax laws while abusing their foundation’s tax-exempt status, I believe that Congress might have concrete justifications to pursue impeachment proceedings.