Marriott did little after housekeepers were assaulted. Now, workers are fighting back

“I live in fear everyday and I’m very worried for my coworkers": Assaulted housekeepers speak out 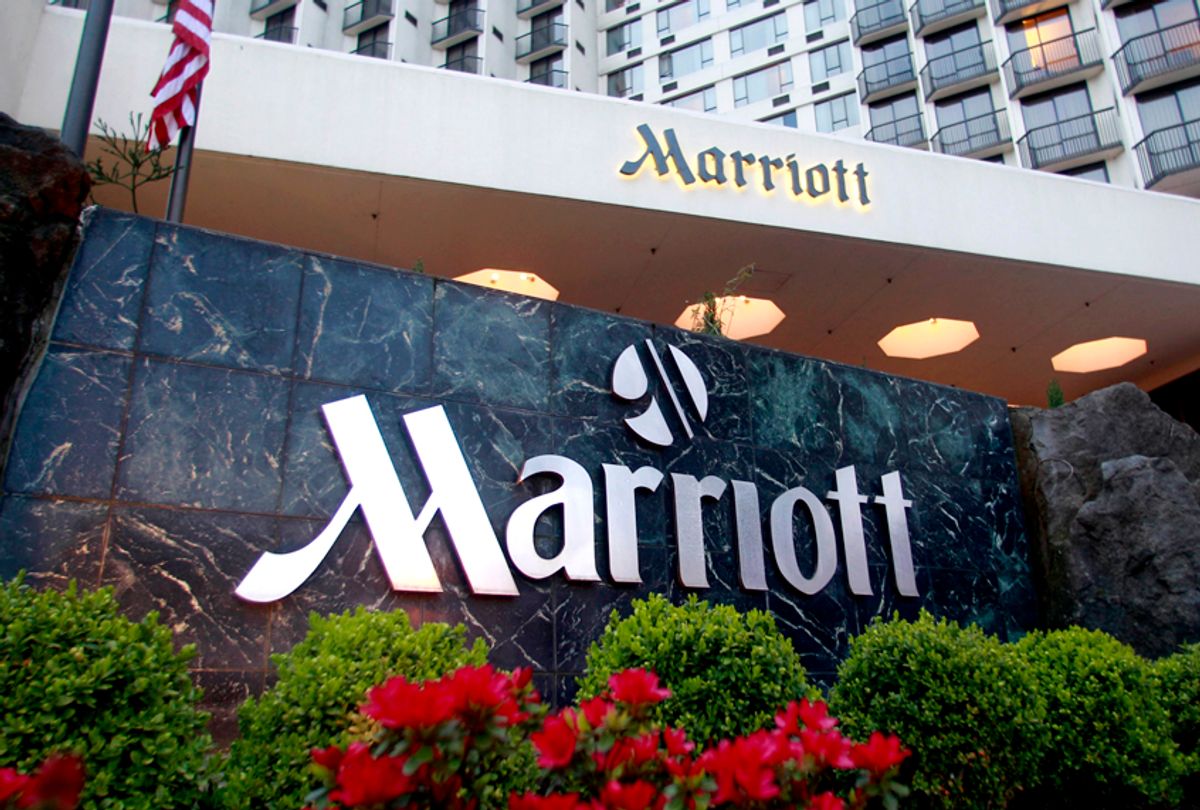 Consuelo Escorcia has been working at San Francisco Marriott Marquis for 27 years. She left El Salvador in 1985, and found a job at the hotel as a housekeeper. Two years ago, her life changed for the worse when she was sexually assaulted by an unidentified man at work. Luckily, Escorcia was able to fight back and escape — thanks to self-defense strategies she learned from her family, she and a translator explained in an interview with Salon.

Escorcia said she told her managers about the assault, but had to take the initiative herself to report it to the police. The assailant ran out of the hotel's back door; to this day, it is unknown if he was a guest or an employee. Escorcia said management explained that because there was no penetration, there was nothing they could do. She asked for changes to their protocols to better protect herself and her coworkers from future assaults, such as stricter security at hotel entrances, but little changed.

Six months later, her colleague was raped by a guest. Before both assaults, San Francisco Marriott Marquis made headlines for a separate sexual assault case in which it was suspected that the alleged assailant committed suicide.

“I live in fear everyday and I’m very worried for my coworkers,” Escorcia told Salon.

Sexual violence and assault can have lasting psychological and emotional effects on a survivor — and one's employer bears some of the responsibility for protecting their employees from being assaulted at work. Yet Marriott management's response to their employees' concerns rang hollow.

Nearly a year and a half after Escorcia's assault, San Francisco Marriott Marquis launched an internal hospitality campaign, encouraging their employees to live by the slogan "Don’t say no” to guests — a phrase that, understandably, might have a different meaning for people like Escorcia. As part of the campaign, posters decorated service elevators that told workers that the word “no” should not exist in their vocabulary. 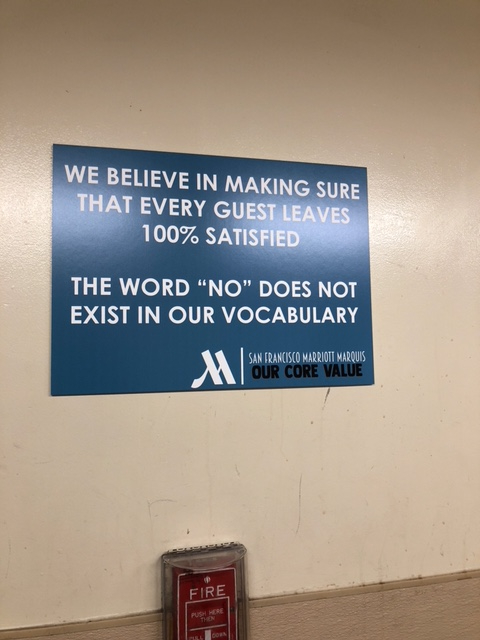 “The poster makes me feel sick, and makes me feel angry, and sad, especially because other people don’t see why it is a problem,” Escorcia told Salon.

San Francisco Marriott Marquis did not respond to Salon’s immediate request for comment regarding the assaults or the internal campaign.

Removing these posters, and implementing stricter safeguards to protect workers from assaults — such as panic buttons, and the option to remove abusive guests during their stay — are a few of the many demands Escorcia’s union, Unite Here Local 2, will ask for as they negotiate contracts this summer for San Francisco Marriott workers. In light of negotiations, on Wednesday afternoon nearly 4,000 workers across the country—hotel housekeepers, front desk reception, bellmen, cooks, dishwashers and more — will take to the streets to show their strength in numbers as they organize for a new contract. More than one thousand of them are based in San Francisco.

“We are asking Marriott to take leadership as the biggest hotel corporation on this issue in a number of ways,” Anand Singh, President at UNITE HERE Local 2 explained to Salon. “Housekeepers should be equipped with panic buttons, and be able to call immediately [after an assault]."

"But it goes beyond that, it’s making sure guests who do harass are barred from the hotel and that the hotel takes a proactive stance,” Singh added.

Singh said sexual harassment and assault is “certainly not a new issue to this industry.” Indeed, according to unpublished U.S. Equal Employment Opportunity Commission data analyzed by Center for American Progress, more than 25 percent of sexual harassment charges filed in the last 10 years were in industries with large numbers of service-sector workers. Nearly 15 percent of the charges were filed from workers in the accommodation and food services industry.

In addition to safer working conditions, higher wages and work reductions are also part of the negotiations, Singh explained. The campaign’s slogan is “One Job Should Be Enough.” In San Francisco, the highest paid full-time housekeepers could make $49,000, Singh said — yet in one of the most expensive cities in the country, these service workers often struggle.

The prioritization of protections against sexual harassment and assault as part of contract negotiations seems to reflect the lasting power of the #MeToo moment in the United States.

“‘Me Too’ and ‘Times Up’ have raised the profile of these issues to a more prominent level,” Singh told Salon.

Escorcia said these movements have incited her to speak up and put pressure on Marriott.

“When they say something happened, the movie stars, I say what about us? How about me?” she told Salon. “Because I’m not famous, nobody can help me?"

Escorcia said organizing with UNITE HERE Local 2 over the last several months has given her hope, and she is not the only one. Elena Duran has worked in the restaurant at the Palace Hotel in San Francisco for over 20 years, after moving here from Mexico. Sadly, Duran, too, is no stranger to sexual harassment on the job.

In an interview, she recalled the time a guest verbally harassed her and her colleagues in a string of lewd comments.

“So I report to my manager and I assume they will do something, unfortunately they didn't do anything,” she said. “He was there for a week or so every time he would go into dining room he would do that same thing.”

“I think Marriott should be better than Starwood,” she added, referring to the parent company of the Palace Hotel prior to Marriott’s acquisition in 2015. “If someone was harassing their wives or daughters , it would be very personal, otherwise it is not safe at work, you cannot feel safe at work.”