“I don’t think the party leadership can survive this,” the MSNBC host predicted of the coming Supreme Court fight 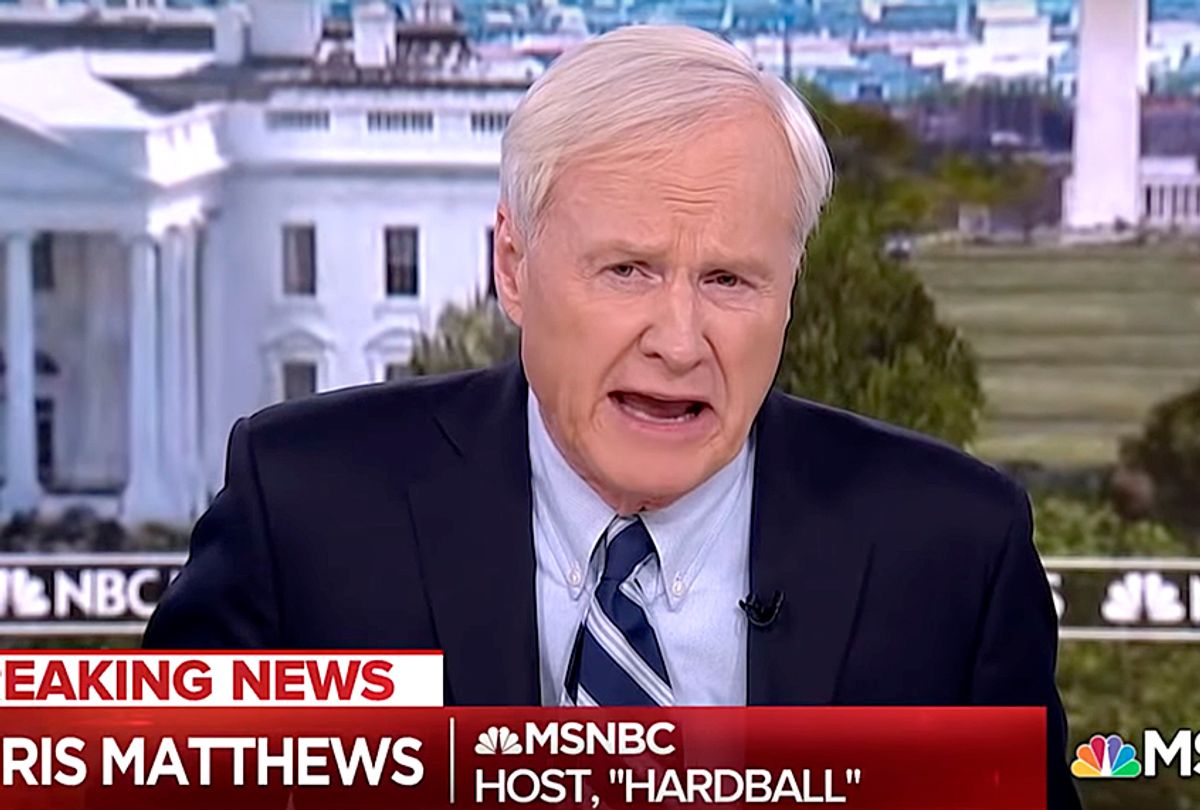 Host Chris Matthews is known for being the man who screams at the television on MSNBC. Wednesday wasn’t about being a loud-talker, however. Stand-in host Steve Kornacki had a simple question and Matthews went off on a strange unhinged rant.

“What is the best argument Democrats would have for picking off [Republicans],” Kornachi asked about the GOP’s 51-seat majority.

Matthews said that the only argument or best tactic was survival of the Democratic Party, something the GOP members probably aren’t likely to be interested in.

“I don’t think the party leadership can survive this,” Matthews continued. “How can you explain that you couldn’t stop it when you had 49 senators and they just have 50? Just a few years ago — look at the way the Republicans played the rules. First of all they said it took 60 senators to approve a Supreme Court justice back two years ago…Then they got rid of that with the nuclear option.”

Kornacki tried to ask the question again, how adopting a “fighter” posture would pick off some GOP members to come over to their side and vote against what is assumed to be a right-wing nominee.

“You don’t understand!” Matthews started screaming. Kornacki tried to speak over him to explain what he meant, but Matthews wouldn’t hear it.

“OK, let’s go this way. Let’s do it this way,” Matthews said, with a condescending tone. “The day after Trump’s nominee for the Supreme Court this time around say, by October, The United States Senate, by one vote, you don’t think the Democratic base is going to go wild about that? I’m telling you they are going to say, ‘How did you not use your procedural votes, your dilatory tactics, parliamentary procedure with all the tricks they pull in the Senate and you couldn’t pull this off with one less vote than the Republicans?’ They would not believe it.”

“But what is the tool? What is the instrument?” Kornacki tried to ask again. “I understand what you are saying about the base being fired up. ”

Kornacki kept trying to ask the question every way he could, and no matter what, Matthews went off and ranted about his own talking points, regardless of the question.