The truth about family reunification: Many children separated by Trump will never be reunited 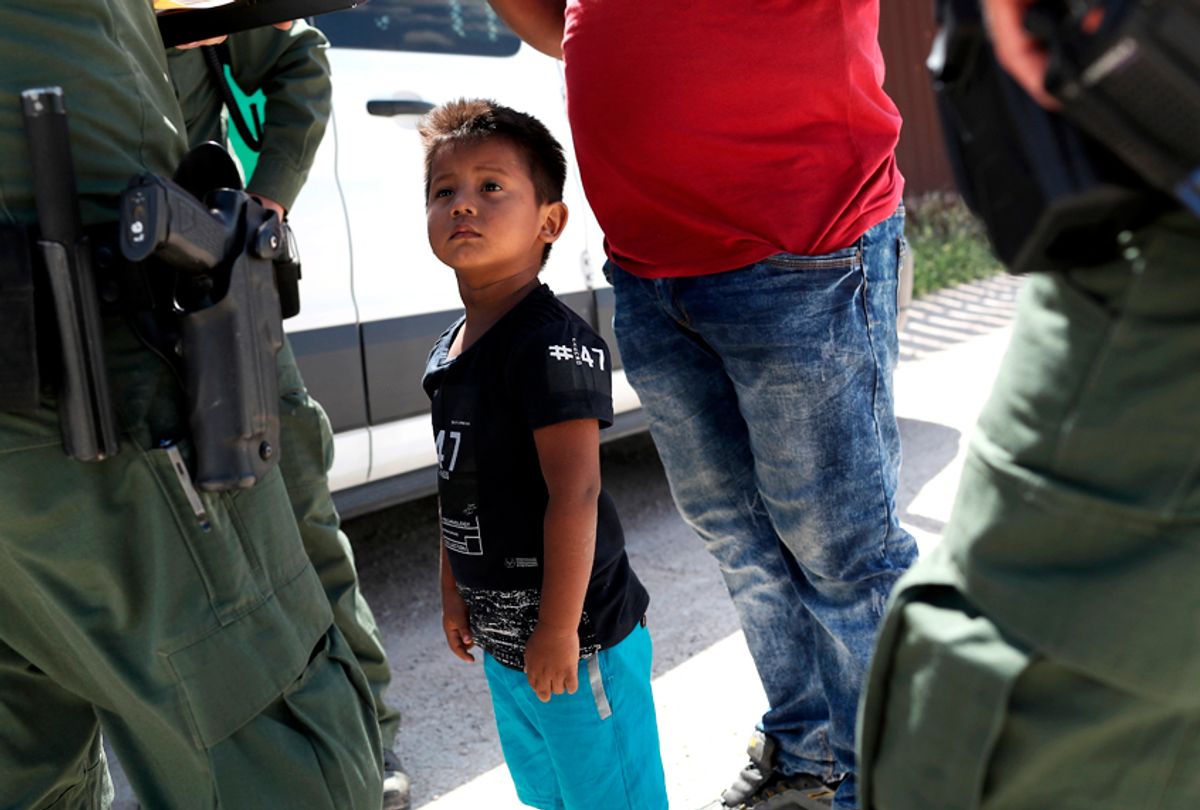 A boy and father from Honduras are taken into custody by U.S. Border Patrol agents near the U.S.-Mexico Border. (Getty/John Moore)
--

President Donald Trump signed an executive order June 20 purporting to end immigrant family separations at U.S. border with Mexico. Four days later, the departments of Homeland Security and Health and Human Services announced a plan to reunite approximately 2,000 children who were taken from their parents at the border between April and the time the executive order was signed.

Immigration advocates have noted many shortcomings with the executive order. They also emphasize the logistical difficulties parents are experiencing as they try to locate and contact their children.

Sadly, I believe these hurdles are only the tip of the iceberg. One thing few people currently realize – despite reassuring words from the administration – is many of these families will most likely never be reunited.

I’ve been writing about the impact of the U.S. government’s immigration policies on undocumented families for years. The policies the Trump administration is enforcing, especially after the new executive order, are for the most part similar to those first enacted under President Obama. In 2014, during a surge in illegal border crossings, the Obama administration attempted to detain hundreds of families indefinitely – until the practice was legally challenged and stopped. This is essentially the same policy the Trump administration has adopted under the executive order.

Even before the 2014 surge, the Obama administration increased efforts to detain and deport undocumented immigrants within the U.S., resulting in numerous family separations. It is reasonable to expect that the eventual outcomes of today’s separations will mirror these earlier ones.

The role of state family law

The biggest issue is how family law views detained undocumented parents. When immigrant children are separated from their parents, they enter two different legal tracks. The parents will likely remain in detention centers until their cases are heard by immigration judges. Most will face immediate deportation.

The HHS plan states parents will be reunited with their children before deportations, but this seems highly unlikely. Hundreds of these children have already been sent to state foster care facilities across the country where they have become wards of the state. Their care and custody decisions will be handled first by state welfare agencies and then by a state court. Reunification becomes less likely as the length of separation increases.

Immigrant parents have the same legal right to the care and custody of their children as American citizens. Without a finding of unfitness, immigrant parents should be granted reunification with their children. However, history shows courts frequently use a parent’s immigration status as a proxy for fitness. State court reunification decisions are also highly influenced by the parents’ residency in a violent country and the child’s opportunity for adoption in the United States.

State courts and welfare agencies have frequently concluded that a parent’s undocumented status and their willingness to cross the border illegally was proof enough of parental unfitness that could justify the termination of parental rights.

For example, in In re Angelica L., a case from 2009, a Nebraska juvenile court determined an undocumented mother was unfit based on the fact that she “either A) embarked on an unauthorized trip to the United States with a newborn premature infant or B) gave birth to a premature infant in the United States” after entering the country illegally. Without deciding between the two, the court held that either scenario demonstrated “that [the mother] did not provide the basic level of prenatal and postnatal care.”

In addition, courts have often demonstrated little sympathy for the fact that detention and deportation can make a parent’s efforts for reunification extremely difficult. For example, in Perez-Velasquez v. Culpeper County Department of Social Services, another case from 2009, the trial court declared the undocumented father unfit because he had, “without good cause, failed to maintain continuing contact with and to provide or substantially plan for the future of the [children] for a period of six months after the child’s placement in foster care….”

The father challenged this decision. He argued his failure to maintain contact with his children was due to his incarceration and deportation, and was therefore not willful. However, the court found this explanation irrelevant. According to the court, it was the “father’s own actions” – meaning his decision to cross the border illegally – that “led to this situation.” In addition, the court was further horrified by the father’s reunification plan, which was to return to the United States illegally and then take the children back with him.

For deported parents seeking reunification with their children, the prohibition on re-entry can be a major hurdle. It means parents cannot enter the U.S. to contest the termination of their parental rights. If parents do attempt re-entry after deportation they risk arrest, which further hampers their efforts to be reunited with their kids. Moreover, courts have repeatedly confirmed that an undocumented immigrant’s motivations for illegal reentry are irrelevant.

Deported parents are rarely able to return to the U.S. to seek reunification, and this has allowed courts to treat deportation as abandonment.

A final issue that may affect undocumented immigrant parents’ ability to reunite concerns the efforts of third parties to gain custody of the removed children. The longer the children remain in foster care, the more likely it is that attachments will grow. Many of these families will seek to adopt these children. In the past, courts, faced with the prospect of returning children to foreign countries filled with dangers versus allowing them to stay in America with an adoptive family, have often chosen the latter. They decide that to go home under such conditions is not in the children’s best interest and this, in turn, justifies terminating their biological parents' parental rights.

It’s not clear whether today’s separated families will have the same difficulties regaining custody previous immigrant families faced, but it appears likely. In fact, given the current anti-immigrant sentiment, I believe the hurdles these immigrants parents may encounter will be significantly greater.