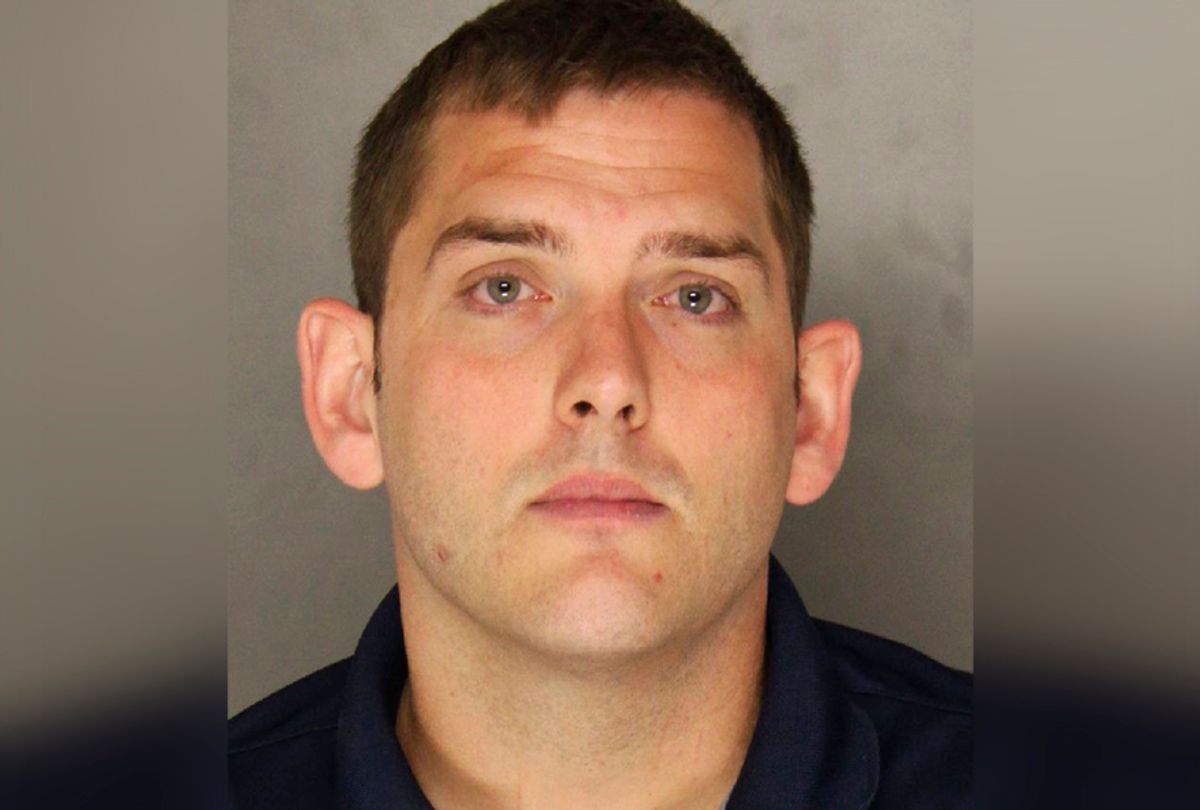 Michael Rosfeld, the police officer who was charged in the shooting death of Antwon Rose Jr. after a traffic stop. (AP/(Allegheny County District Attorney)
--

The shooting happened on June 19 when Rosfeld stopped a vehicle that potentially matched the description of a car that fled an earlier shooting, according to authorities. Upon being pulled over, Rose and another underage passenger bolted from the car. Rosfeld fired, striking Rose, who was unarmed, three times as he ran away.

Allegheny County District Attorney Stephen A. Zappala, Jr. alleged that Rosfeld's actions were "intentional, and they certainly brought about the result that he was looking to accomplish." He confirmed that neither young man who fled the car was in possession of a weapon, which would mean that Rosefeld was not acting to prevent death or serious bodily injury. Additionally, Rose had not committed a crime.

Rosfeld turned himself into the authorities early Wednesday morning. He was arraigned, and a preliminary hearing was set for July 6. He was later released after posting $250,000 bail.

"This is a small stride toward justice but we have a very long road ahead," Rose's family attorney, Lee Merritt tweeted.

Merritt added that the Rose family "regards the charging of Michael Rosfeld with guarded optimism. The family will settle for nothing less than a conviction and appropriate sentencing. We will meet with the DA today to discuss the next steps."

Rosfeld, 30, was only formally sworn into the East Pittsburgh Police Department hours before the fatal shooting, after being hired by the department several weeks prior.

Video of the police shooting shows Rose and another male running away from police vehicles. After three shots, Rose falls to the ground. The woman who witnessed and recorded the event can be heard in the video saying, "Why are they shooting?. . . All they did was run, and they’re shooting at them!"

The fatal shooting of Rose, an unarmed teenager, prompted days of mass protests in East Pittsburgh and surrounding areas. Close to 1,000 people are shot and killed by the police each year, per the Washington Post's fatal force database, which tracks police killings."Between 2005 and April 2017, 80 officers had been arrested on murder or manslaughter charges for on-duty shootings. During that 12-year span, 35 percent were convicted," according to CNN.

Rose's death, like Mike Brown and Tamir Rice before him, demonstrates the ongoing calamity of police violence and the dangers that black Americans face in interactions with law enforcement officials — regardless of if they are unarmed, and whether or not they are young in age. Their deaths stand in stark contrast to the Dylann Roofs of our country, who fired 70 rounds into a church and killed nine unarmed black people, yet still managed to be apprehended alive by police.

A poem written by Rose two years ago was shared on social media in the aftermath of his death at the hands of police. The meditation on what it means to be a black teenager in America declares, "I hear that there's only two ways out / I see mothers bury their sons / I want my mom to never feel that pain / I am confused and afraid."

Salon talks: “I Can't Breathe”: The life of Eric Garner

Journalist Matt Taibbi explores the police practices that resulted in Garner’s untimely death along with the rise of the Black Lives Matter movement.