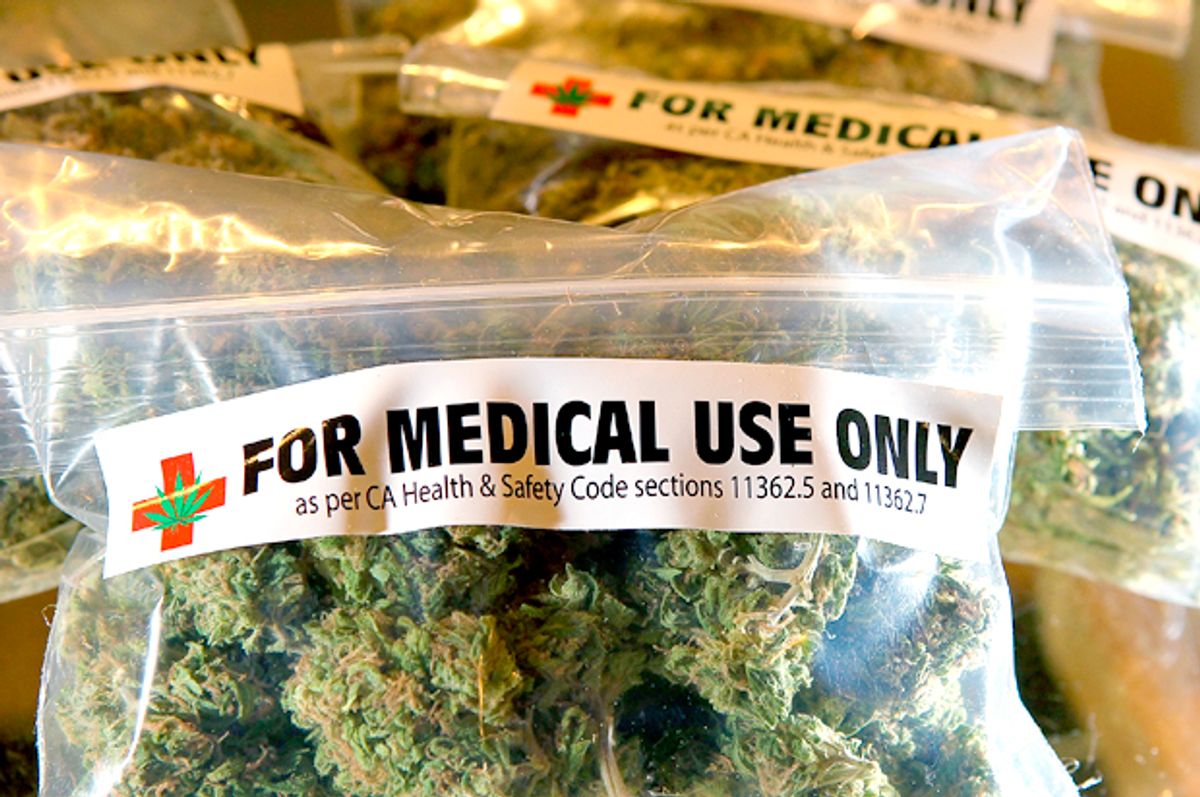 One of the reddest of red states went green on Tuesday. Voters in Oklahoma approved a remarkably progressive medical marijuana initiative by a healthy margin of 56 percent to 43 percent.

The initiative, State Question 778, allows registered patients to possess up to three ounces of marijuana anywhere and up to eight ounces at home. Patients also have the right to grow up to six mature and six immature plants, or have designated caregivers do it for them.

It also creates a system of licensed dispensaries, cultivation, and processing facilities and sets taxes at a relatively low 7 percent. The initiative also bars localities from using zoning laws to block dispensaries (although they wouldn’t be allowed within 1,000 feet of a school).

But what is most striking about Question 778 is that it does not restrict access to medical marijuana to a list of qualifying conditions. In fact, the initiative language explicitly states that "[T]here are no qualifying conditions" and that the only limitation on a doctor's recommending medical marijuana is that it must be done "according to the accepted standards a reasonable and prudent physician would follow when recommending or approving any medication."

That is the most wide-open language for a medical marijuana since California's groundbreaking Proposition 215 back in 1996. Prop 215 included a list of qualifying conditions, but also allowed recommendations for "any other chronic or persistent medical symptom…that may cause serious harm to the patient's health."

That Prop 215 language allowed medical marijuana to flourish in California and establish itself as something very near to actual legalization. Basically, anybody in the state who had the money to pay for a doctor's visit could get a medical marijuana card — and they did.

Oklahoma isn't likely to play out like California, but Oklahomans for Health, the folks behind the initiative ought to be feeling pretty good right about now. They have successfully passed a very enlightened medical marijuana law in the face of opposition from the state's Republican and religious establishment.

Conservative religious figures calling themselves Oklahoma for Faith teamed up with the likes of U.S. Sen. James Lankford in a last-ditch effort to derail the initiative. Lankford issued a press release early this month warning that the initiative would be “harmful to the social fabric of Oklahoma.”

But the voters of Oklahoma weren't buying what he was selling.