The Supreme Court has affirmed a woman's right to abortion — until now. But the future of Roe v. Wade is in doubt 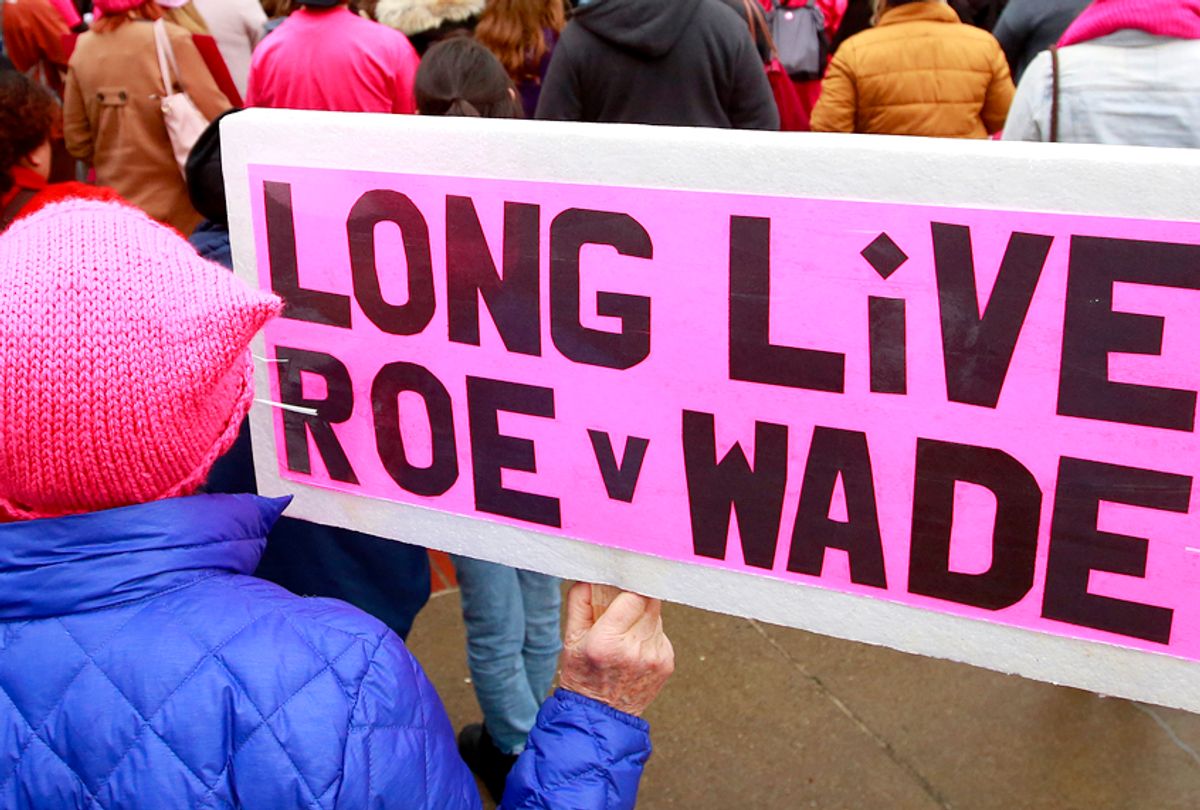 Two years ago, the U.S. Supreme Court reaffirmed the fundamental right to access abortion care in Whole Woman’s Health v. Hellerstedt. That case roundly rejected the strategy employed by anti-abortion states of attacking clinics with heavy-handed regulations. It also clarified a powerful legal standard that has allowed reproductive rights advocates to challenge a wide range of burdensome laws in states like Virginia, where the Center for Reproductive Rights recently sued to strike down four decades worth of laws restricting access to safe and legal abortion care.

Yet state-level restrictions on abortion remain at the highest they’ve been at any time since Roe v. Wade was decided in 1973. And the unconstitutional assault on reproductive rights illustrates a broader trend: the most anti-abortion states in the country consistently do the least to protect new life by not being very supportive of mothers and children.

The lawmakers behind these abortion restrictions celebrate them as a victory in the cause of protecting life. For instance, Mississippi has enacted an unconstitutional 15-week abortion ban (which the Center successfully sued to block). Mississippi's Republican Governor Phil Bryant boasted that under this law, his state was “saving more of the unborn than any state in America.”

While Mississippi is brazen about restricting abortion, it does little to protect life outside the womb. A report by Ibis Reproductive Health and the Center for Reproductive Rights found that Mississippi has some of the worst child health outcomes in the country, including the country’s third highest mortality rate for young children. Yet the same Mississippi lawmakers who trumpet abortion restrictions have spurned federal funding to expand Medicaid that would provide health care coverage for more low-income families.

This double standard is the norm among anti-abortion states. The report found that the more abortion restrictions a state has passed, the fewer policies it has supporting women and children, and the poorer its health and well-being outcomes.

Yale law professor Reva Siegel reinforces these findings in an article outlining how states with the most restrictive abortion laws are also the states that do the least for mothers and children. For instance, while Texas is one of the most ardently anti-abortion states, it does little to promote maternal health, which has led to devastating outcomes for Texas woman. Texas ranks number one in pregnancy-related deaths, not just in the United States but in the entire developed world. Yet, “in the midst of this crisis,” Siegel explains, Texas slashed its family planning budget, shutting down many clinics that provide care to pregnant women.

Even though 28 percent of Texas women of child-bearing age have no health insurance, the state — like Mississippi — has refused to expand Medicaid to help close this gap. In fact, half of the 10 states with the most restrictive abortion laws have refused to expand Medicaid coverage to more low-income women. These states also have significantly higher rates of maternal and infant death than do states with the fewest abortion restrictions. (Virginia became the rare exception to the rule less than a month ago, approving Medicaid expansion after years of political resistance.)

This policy inconsistency matters. In the court of public opinion, it renders hollow the claim that anti-abortion lawmakers are committed to defending life. And in courts of law, it undermines the ostensible legal foundations of state abortion restrictions.

When courts review abortion restrictions, they decide whether the burdens imposed on the fundamental right to reproductive health care are justified by a legitimate state interest. In the Supreme Court’s Whole Woman’s Health decision, Texas claimed to impose stringent regulations on abortion providers to protect women’s health. But in striking down these laws, the Court found that Texas selectively singled out abortion for onerous regulation, undermining lawmakers’ claimed interest in protecting women’s health.

Today, reproductive rights advocates are challenging pre-viability bans and other laws passed by states under the guise of protecting new life. Courts can probe these states’ purported interest by asking what else they have done to protect life.

Some courts have already started reviewing restrictions this way. A court in Texas blocked that state’s law mandating fetal tissue burials after abortions, noting Texas’s inconsistency in protecting the dignity of new life.

After all, with women’s fundamental rights on the line, the stakes are too high to accept a narrow view of what it means to be on the side of life. By expanding the frame to consider the full scope of states’ policy choices, we get a clearer picture of who’s really interested in supporting life and who’s just pretending.

Joel Dodge is an attorney and member of the judicial strategy team at the Center for Reproductive Rights.