He trashed NATO and said it is as "bad as NAFTA" 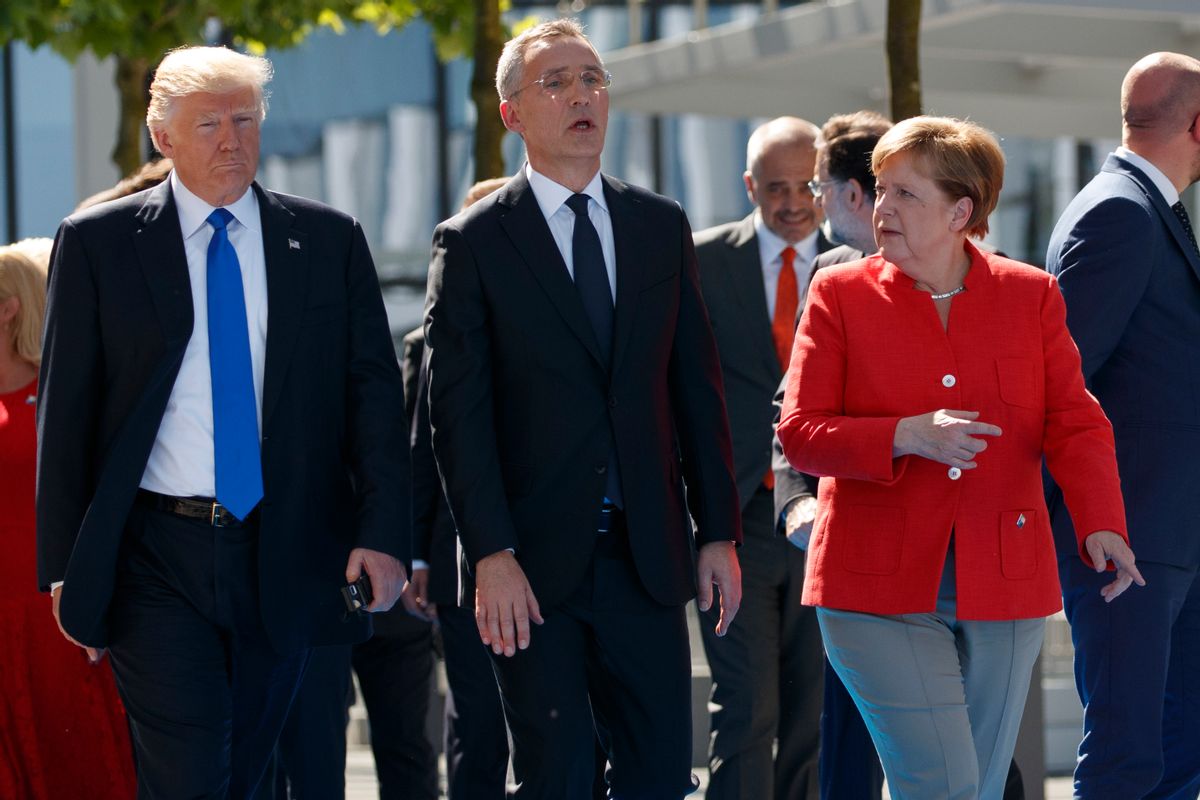 A newly leaked transcript shows that President Donald Trump went further than anyone had previously known in trashing traditional alliances during the recent G7 meeting in Quebec.

According to Axios’ Jonathan Swan, Trump ranted about the North Atlantic Treaty Organization (NATO) during talks with other world leaders at the G7 and even hinted that he could pull out of the alliance altogether.

“NATO is as bad as NAFTA,” the president said, according to a leaked transcript taken during the meeting. “It’s much too costly for the U.S.”

According to Swan, Trump’s remarks “reinforced some of the Europeans’ worst fears that he’ll take a purely transactional approach” during next month’s NATO summit, which is scheduled to take place on July 11 in Brussels.

Undermining the NATO alliance has long been one of the biggest goals of Russian President Vladimir Putin, whom Trump has regularly praised for providing “strong” leadership.

Trump on Thursday once again insisted that he believed Russia was being sincere when it said it did not interfere in the 2016 presidential election, despite the fact that even the hyper-partisan report issued by Republicans on the House Intelligence Committee this year concluded that Russia did directly interfere.