There have been more than 100 deaths from dangerous selfies. A neuroscientist explains why some risk their lives 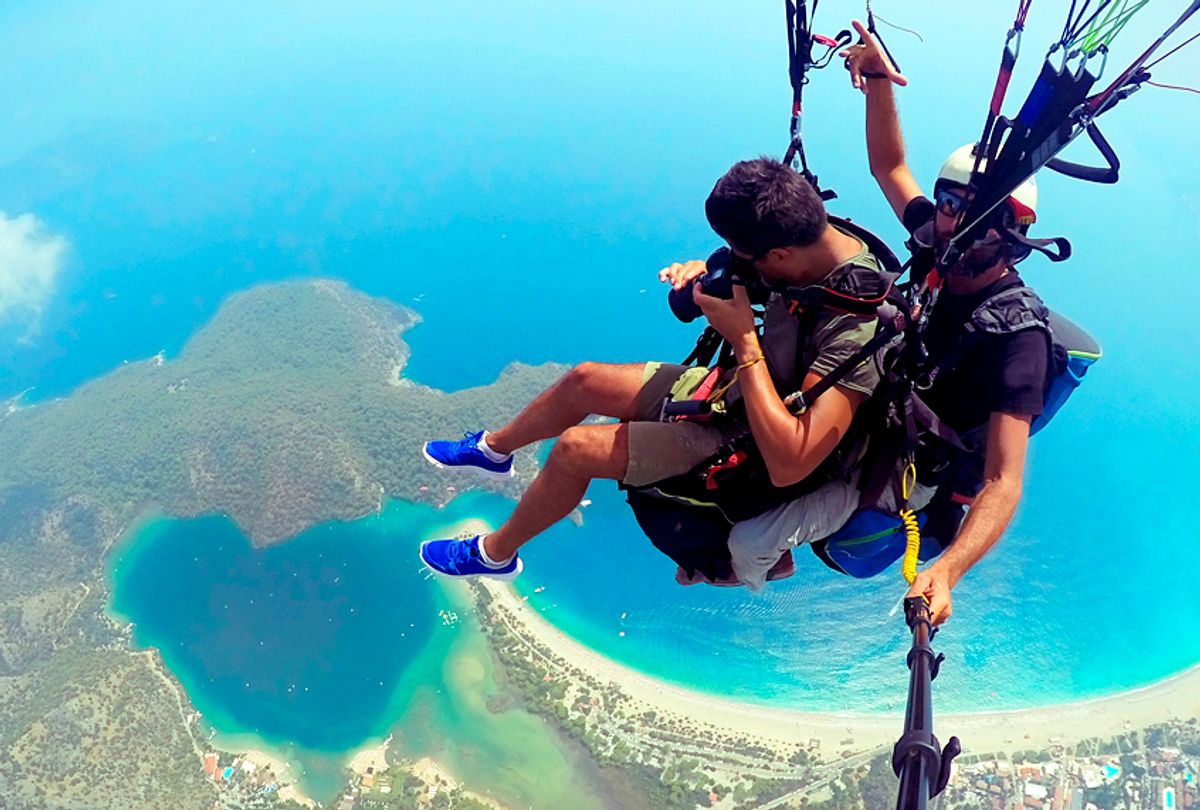 From posing with wild animals to smiling near the brink of a large cliff, there has been a huge rise in “dangerous selfies,” and it’s time we stop brushing them off as acts of stupidity and go beyond the sensational headlines to find out what the underlying reasons are for these wild acts. The victims of dangerous selfies are people who exhibit normal behavior but lose their gamble.

According to a Carnegie Mellon University study there were 127 selfie deaths across the world between March 2014 and September 2016, and more people have died since. So why are people risking their lives for a photo?

We take risks for the rewards. A shot of adrenaline mixed with a booster of dopamine and the reward pathways of our brains light up. I took a risk and survived! The evolutionary explanation of the pleasurable part of risk-taking behavior is to reward us for venturing into new territories, seeking more and better resources. Our brain is thrilled by being just a little scared and surviving. We pay big money to amusement parks to take us on roller coasters and rides that scare us, but when you add the safety harnesses and people operating the machines, you reduce the risk. And with less risk comes less reward. A smaller burst of dopamine, and suddenly that wasn’t quite as much fun. Maybe if I ride with my eyes shut or my hands in the air? Dopamine is at the core of pleasure, and if you’re seeking more of that delightful little neurochemical, you’ll probably start escalating the risk factor.

Escalating the amount of risk you can handle might sound horrible and dangerous at first glance, but think about it: how else would you overcome the jitters of trying something new and become an amazing downhill skier or concert pianist or high-stakes investment trader? Success requires adventure, bravery and slowly increasing your tolerance to challenge.

The rise of the selfie in recent years isn’t that shocking. We’re a social species. We want praise and recognition and acceptance. Sure, there’s a huge amount of variation in how much attention any individual wants and needs in order to be psychologically healthy, based on genetics and life experiences, but we all need a little attention from others.

Social media outlets didn’t create the need for attention, they just tapped into something we’re already hard-wired for . . . in order to make money. Researchers at the Free University of Berlin have discovered that gaining friends and likes on Facebook can activate the nucleus nucleus accumbens (a key part of the dopamine-releasing pleasure pathway) in the same way that praise and recognition for a job well done does. They noted that people who had more activity in the area when given positive feedback were more likely to have an addiction to social media, and as a result, participate in attention-seeking behaviors such as self-deprecating and posting selfies.

How to avoid a deadly selfie

As we’re sitting somewhere safe (maybe even boring) reading an article, it seems so simple to dismiss these danger selfies as ridiculous and easy to avoid. Just step back from the edge!

Don’t think it could happen to you? Think again! Ever caught yourself speeding while mentally replaying an argument you just stormed out of? Or skipping birth control when caught up in passionate love-making? When emotions are involved, we are all more susceptible to a bit of risk-taking. Perhaps this is why we see reports of young couples having misadventures with their selfies.

Think of the many small risks you take every day — procrastinating before a deadline, speeding up before a yellow light, eating gas-station sushi, investing in your cousin’s new business, trusting a new babysitter and the like. Now think of the worst possible outcome of your risk — losing your job, money, kids or life. It would be easy for an outsider with hindsight to see how easily that outcome could have been avoided. But it’s harder when you’re in the moment. Avoid those deadly risks by listening to the voices of caution in your own head or from those around you, being aware of your surroundings, being thoughtful about the influence of drugs and alcohol on your decision-making and being willing to take the risk of saying “no.”

Catherine Franssen is a professor of psychology and director of neurostudies at Longwood University.