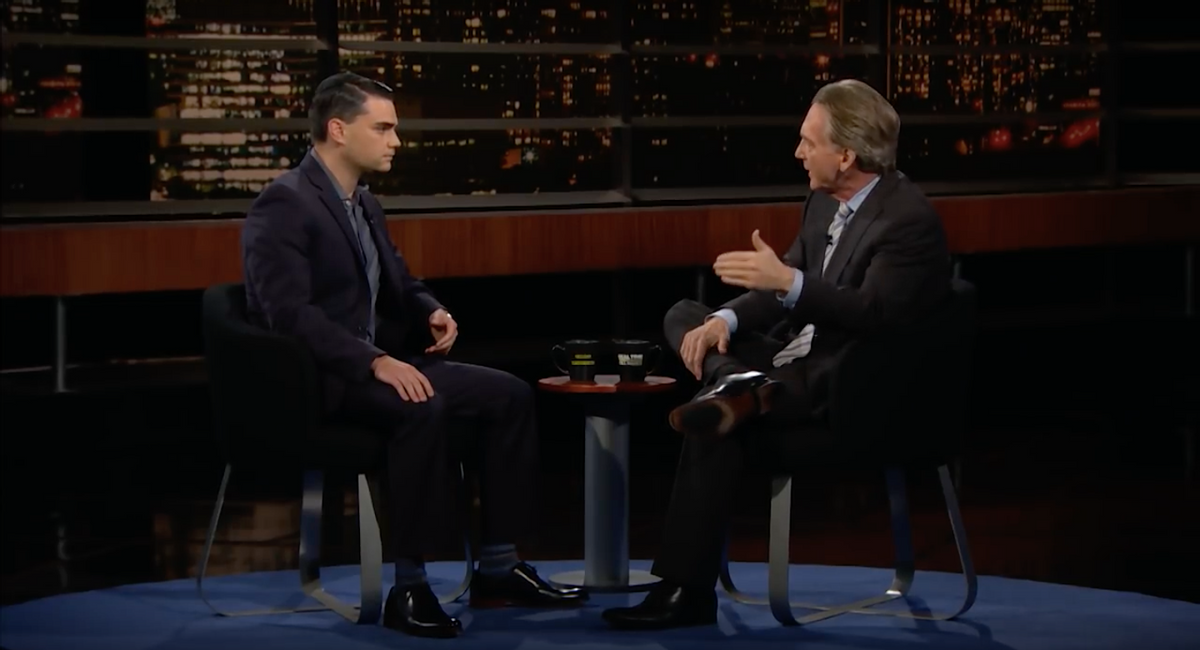 Two personalities who tip-toe the lines of civility discussed the very issue on Friday's "Real Time with Bill Maher."

Shapiro, to his credit, has been vocal in his misgivings with Trump. The self-described "Sometimes Trump" — a play on the Never Trump phenomenon — has not fully embraced the president like so many of his colleagues on the right. Nevertheless, Shapiro told Maher on Friday that both the left and the right were responsibility for the rise of incivility in American public discourse. Shapiro cited the recent incidents involving Trump administration staffers as a sign that the left was becoming increasingly hysterical and uncivil.

Maher thought this was a false equivalence, and argued that the popular "Lock her up" chants at Trump rallies were far more dangerous and insolent than interrupting the meal of Sarah Huckabee Sanders.

"Shouldn't the civility argument start there before we care about who gets their entree?" Maher asked.

Shapiro was incredulous with Maher's refusal to condemn the left's antics.

"Why is it when you are a Democrat you are only opposed to incivility when it's from Donald Trump, but suddenly with Maxine Waters, you are never anti-Maxine?" Shapiro quipped.

"Because, Ben, you can't walk into a room and see an elephant and a mouse and not know which one is bigger," Maher answered.

The two moved on from the incivility discussion to then talk about the hypocrisy congressional Republicans display on a daily basis. Maher pointed out that on many issues, from trade to Russia, Republicans have flip-flopped "on a dime."

Shapiro agreed that many Republicans were being politically expedient in the age of Trump, but did try to say that the current administration has been way tougher on Russia than former President Barack Obama. It's a cute line that conservatives trot out every one in the while, the theory being that Trump's love-affair with Vladimir Putin is in rhetoric only and that, policy wise, America is far more anti-Russia in 2018 than it was in 2015.

Maher wasn't having much of that argument. He brought up the recent testimony from deputy Attorney General Rod Rosenstein, who received a bashing from GOP congressman over the Russia investigation.

Shapiro agreed that Republicans were going too far in questioning the integrity of the Robert Mueller investigation, but also noted there has been no evidence of collusion on the part of the Trump campaign and Russia.

Maher countered by counting the number of indictments that have stemmed from the Mueller probe.

"Why a nice Jewish boy like you wants to be on team treason? I have know idea." Maher joked.