The comedian was able to get ahold of Trump on Air Force One, raising concerns about the White House's amateurism 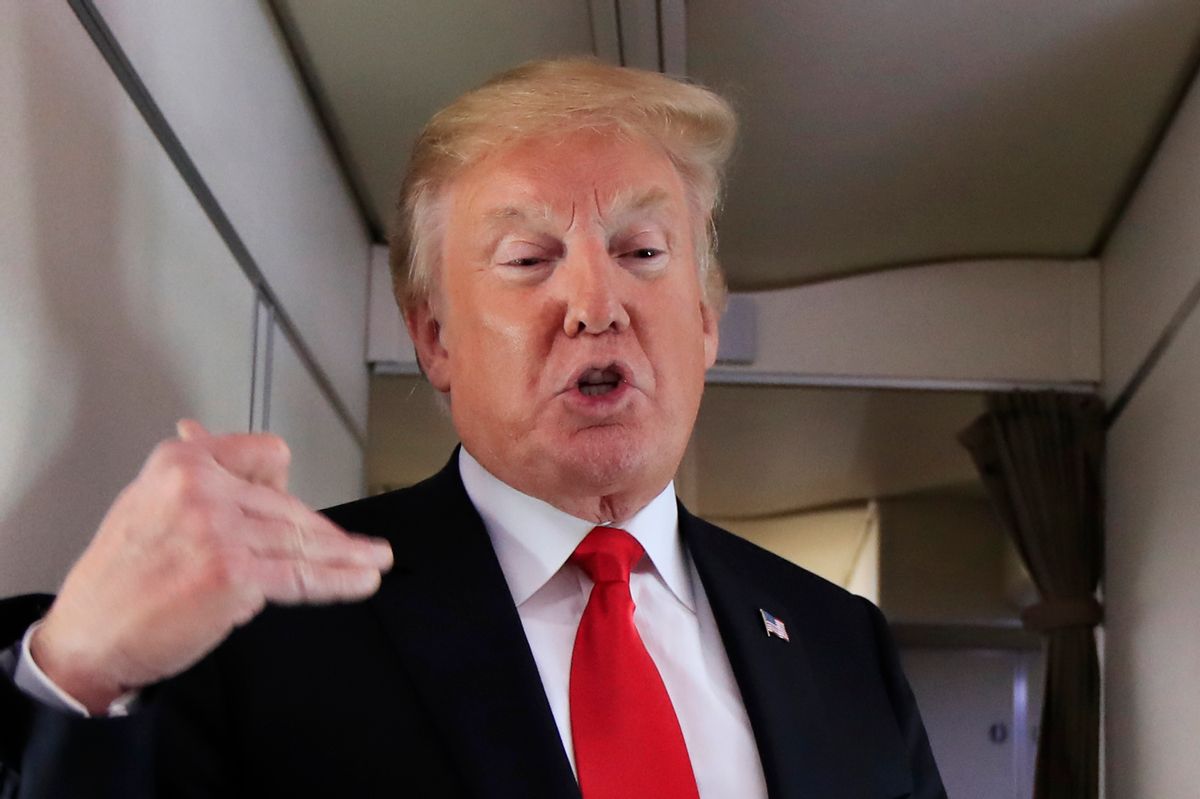 Stuttering John Melendez, a podcast host and comedian known for stints on the "The Howard Stern Show" and "The Tonight Show," lied about his identity to speak with President Donald Trump. Trump, who was under the impression he was speaking to Democratic Sen. Bob Menendez, congratulated him for the outcome of his corruption lawsuit.

Melendez was able to access the president by telling the White House switch board that he was an assistant of the New Jersey senator. Melendez eventually received a phone call from senior adviser and son-in-law Jared Kushner, who eagerly put him through to the president, who was returning home on Air Force One.

"Hi Bob. How are you? Congratulations on everything. We're proud of you. Congratulations, you're doing a great job," Trump said at the outset of the phone call.

"You went through a tough, tough situation - and I don't think a very fair situation - but congratulations," Trump said.

Melendez played the audio Thursday on his podcast "Stuttering John." Melendez, who calls himself a news junkie, couldn't believe it was so easy to get the president on the phone.

"I am shocked. I mean we did this as a goof, I'm a comedian," Melendez said during a subsequent appearance on CNN. "I just could not believe that it took us an hour and a half to get Jared Kushner and Donald Trump on the phone from Air Force One."

Melendez took the opportunity to ask the president about serious issues, such as immigration and the Supreme Court. In Trump-like fashion, the president offered up a word salad when trying to explain his state of play.

"So, Bob, let me just tell you, I want to be able to take care of the situation every bit as much as anyone else, at the top level,' Trump said about immigration. "I'd like to do the larger solution rather than the smaller solution; they're doing them step by step. I think we can do the whole thing."

Melendez then asked about the impending vacancy on the Supreme Court.

"I have a list of people, I have a big list of people Bob, and we'll take a look and it and we're gonna make a decision, I'll probably make it over the next couple of weeks,' Trump said.

Melendez, again, pretending to be Menendez, suggested that the president pick a more moderate judge to replace Justice Anthony Kennedy.

"Yeah," Trump responded. "Well, we will talk to you about it. We're probably going to make a decision Bob, over the next two weeks, I think we're gonna have a really good ... we have some great choices. [It'll] be done over the next 12-14 days."

"You take care, I will speak to you soon Bob, take care of yourself. Thank you Bob, I will talk to you soon," Trump ended the phone call.

News of the faux conversation had everyone dumbstruck.

Stuttering John got through to Trump on Air Force One with a prank call.

I know it’s funny on one level.

But on another level DEEPLY disturbing that the operational security on AF1 is this lax. Air Force fucking One!

This is not how things are supposed to be.

Remember when everyone was upset that Hillary’s server was a security risk?

Stuttering John just got through to the president on Air Force One.

Stand by for him to take a call from the King of France asking if his refrigerator is running. https://t.co/XaJQenAFEi

if Stuttering John is able to prank Donald Trump and get a live call from Air Force One, what THE HELL IS VLADIMIR PUTIN able to do?! https://t.co/iM7BW8LjQi

It took two hours for Stuttering John, posing on the phone as Bob Menendez, to get through to Trump. Which is at least twice as long as it would have taken if he just said it was Stuttering John in the first place.

The real Sen. Bob Menendez was not as amused. He told Washington correspondent Olivier Knox:

"As someone who has spent my entire career trying to convince Republicans to join me in reforming our nation's broken immigration system, I welcome any opportunity to have a real conversation with the president on how to uphold the American values that have guided our family-based immigration for the past century. Tearing children apart from their mothers is not part of our proud history."

"Thus far, this White has only sabotaged every good-faith effort to find bipartisan common ground on immigration," the statement concluded.