A pyrotechnics expert describes what it's like running a fireworks show

A pyrotechnics expert explains how fireworks technology has changed, and what it's like being on the front lines 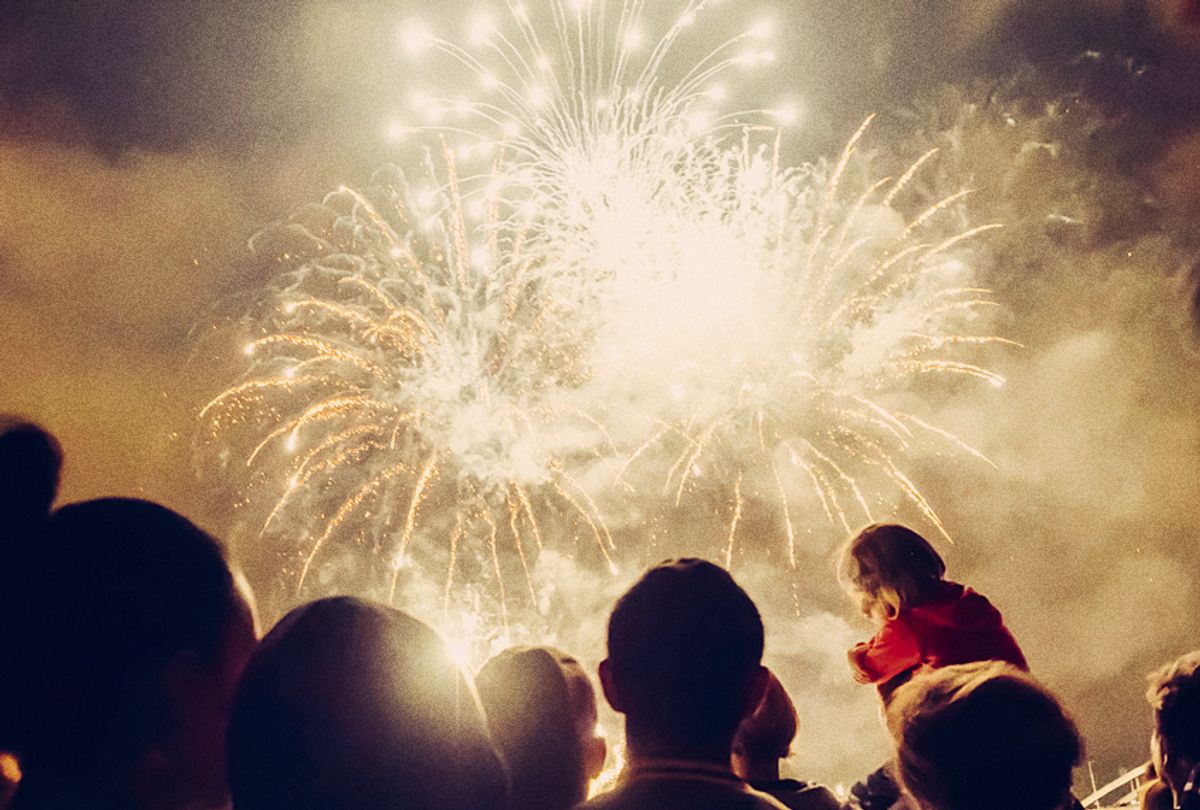 It is becoming increasingly rare that one finds cultural events that unite Americans across the political divide as effectively as fireworks. The tradition of launching fireworks to commemorate Independence Day dates back to a letter John Adams wrote to Abigail Adams in 1776. In it, he wished for future generations to observe the day with “Shews, Games, Sports, Guns, Bells, Bonfires and Illuminations from one End of this Continent to the other from this Time forward forever more.” The first official Fourth of July fireworks reportedly occurred the following year. Yet as pyrotechnics and chemistry technology has advanced, fireworks today look much different than they did in the 1770s.

To understand how modern day fireworks work, and what goes into prepping their intricate displays (including smiley-face fireworks), we interviewed pyrotechnician Mike Tockstein, a licensed pyrotechnic operator in California, and owner and operator of Pyrotechnic Innovations. Tockstein has been a pyrotechnic operator for 17 years. “I have loved fireworks ever since I was a little kid and that passion as a kid turned into a job as I got older,” he told Salon. This interview has been condensed and edited for clarity.

Nicole Karlis: How has the industry changed since you’ve been in it?

Mike Tockstein: Originally, fireworks were hand-lit, or hand-fired, where you are physically lighting each device with a road flare, if you will. And you know, it's exciting, it's adrenaline pumping — but as you can imagine, it is more dangerous. But that's traditionally how fireworks have been done since the beginning, and there are still a lot of shows done that way.

In the years since I have started, there have been two main things that have changed. One: there's a lot of electrically-fired shows now, and there's two tiers to that. You can have what's called an analog pin board-type system, where you're literally pushing a button for each shot. So maybe you're listening to a cue track that syncs to the music that the audience is hearing, [and] choreographing the display. You're pressing the cues on command.

Then the next level to that is a computerized-firing system, where you basically press and go, and the computer fires the show in sequence to the musical soundtrack as produced by the person who choreographed it.

So with the computer you can do a lot more intricate sequencing and effects— say something like a comet chase. Imagine a stadium, and you do a comet chase around the rim of the stadium. You can't do that with an analog pin board system. It’s electronic but you wouldn't be able to shoot it fast enough with the right timing. That sort of thing.

Computers have opened up the door to some really neat displays.

The other side of it, the thing that has changed, is the effects have improved pretty dramatically. Instead of your basic color shells, there are all kinds of intricate patterns shells. I'm sure you've seen the happy faces in the heart, or a butterfly. There are a lot of different patterned shells. One of my favorites is known as “ghosting” where, imagine the sphere in the sky that you would normally see with a symmetrical fireworks break that sphere with all blue. It changes from left to right in a wave from blue to red. And that's that's known as ghosting where every layer within stars, within the shell, has a slightly different composition layering so that they transition at different times and it gives the look of movement, when really it's just each star is sequentially changing color in the sky. it's really not a new chemistry — it's just using what you have differently.

Let’s talk about the mechanics. How exactly are fireworks shot? Is there a cannon?

Yes, so a common misconception is fireworks are rockets. There are consumer sky rockets and stuff like that that some states sell. But the reason we don't use rockets — and instead we use mortars which is basically like a cannon — is that once when a rocket takes off it's still under propulsion. Let's say it veers to the right, or it's still under propulsion, versus a shell being fired out of a mortar. Once it leaves that mortar, it's not going to change direction.

The fireworks crew gets two bangs for every one the audience gets. And the shells are made from cardboard, so they're basically like a cardboard casing. So you get pieces of the cardboard casing that come down during the show. Most of it lands pretty close around the actual set up, depending on the wind direction. But the finale is pretty much a sensory overload. When the finale fires, we'll send hundreds of shells into the air within 60 seconds, so that's hundreds of mortars firing hundreds of shells exploding above you. It's truly an amazing experience. Then, immediately after the finale finishes, it is what I like to call the fireworks rain, where  it literally sounds like rain with all the finale debris coming down. It's a completely different experience than that of which you would have if you were [in] the audience. It’s so cool.

So that's definitely one reason why people come back [to the industry]. It's one of those love-hate things, you either love it or you hate it because there's a tremendous amount of work that goes into setting the display up. It is 100 percent extreme manual labor. And so you just have to love it. You have to be passionate about it.

How does one get into the pyrotechnic industry?

It depends on what state you're in, on what the requirements are, but I can speak specifically about California requirements. In California, you have to apprentice on a crew for a minimum of two years, and within that two-year time period you have to work a minimum of eight public fireworks displays, and you have to obtain five written letters of recommendation from those license operators. Those operators also had to have been licensed for a year or more in order to write your letter.

Then once you get all that, and you turn in your application—and of course your money to the state—then they'll sign basically you'll sign up to take the State Fire Marshal exam. I think it's about 100 questions. It's mainly based on the rules and regulations pertaining to fireworks in California. And once you pass, you get your state operator's license.

The second part to it is if you want to be able to transport the fireworks, then you get a commercial driver's license with the hazardous materials endorsement.

How long does that all take?

The requirement is two years, but if you do enough shows in a shorter period of time, they'll weigh that experience against the time requirement. The way it's set up is really meant to teach you out in the field on the job. There [are] not really any classes, per se, geared toward teaching you how to know fireworks. It's a lot of hands-on learning.

Is this dangerous work, to be a pyrotechnician? Are there a lot of accidents?

So, if you look at all the statistics on fireworks accidents, ninety-nine percent of them are people using consumer fireworks. Due to the amount of training, and the rules and regulations we follow, everything we do is very safe. You know during the actual discharge of the display, we're all wearing personal protective equipment—hard hats, safety glasses, long sleeves. When you're firing electronically, you have to be a minimum of 100 feet away from the mortars when you're shooting. And we're the only ones within what we call the fallout zone.

How have the colors evolved in fireworks over the years?

Well I would say most colors have been around for a long time that day. When fireworks were first invented, it was a very basic formula, [which] is very similar to black powder which is charcoal base. So, when you see that the gold tails in the sky, that’s all just charcoal sparks. Basically that was the bare bones when fireworks were first made. Black powder was invented after that.

Those have been known for a long time and just mix[ing] and matching those together will give you the blends of colors. Getting a true blue is the most difficult thing to do because there's a physical chemistry limit to being able to do that. So it's not so much the colors that have evolved, it’s how people use them.

You can create different effects with the same chemistry, like the ghosting, like the pattern shells. Over the last five years, I'd say you can see them evolving, and even more complex ghosting patterns. So instead of just a simple wave from one end of the shell to the other, you might get rings of color that will flash throughout the sphere in the sky. There's some truly amazing stuff that they're doing nowadays.

Is this your busiest time of year?

The 4th of July is absolutely the busiest just because there are so many shows going on one single day of the year. Resources are all stretched very thin, so a lot of times it's hard to find a crew because everybody's already out assigned to shows.