Amber Tamblyn on the #TimesUp and #MeToo revolution: "The foundation has been ripped open"

With family separations at the border and SCOTUS dominating the news, can #MeToo regain America's attention? 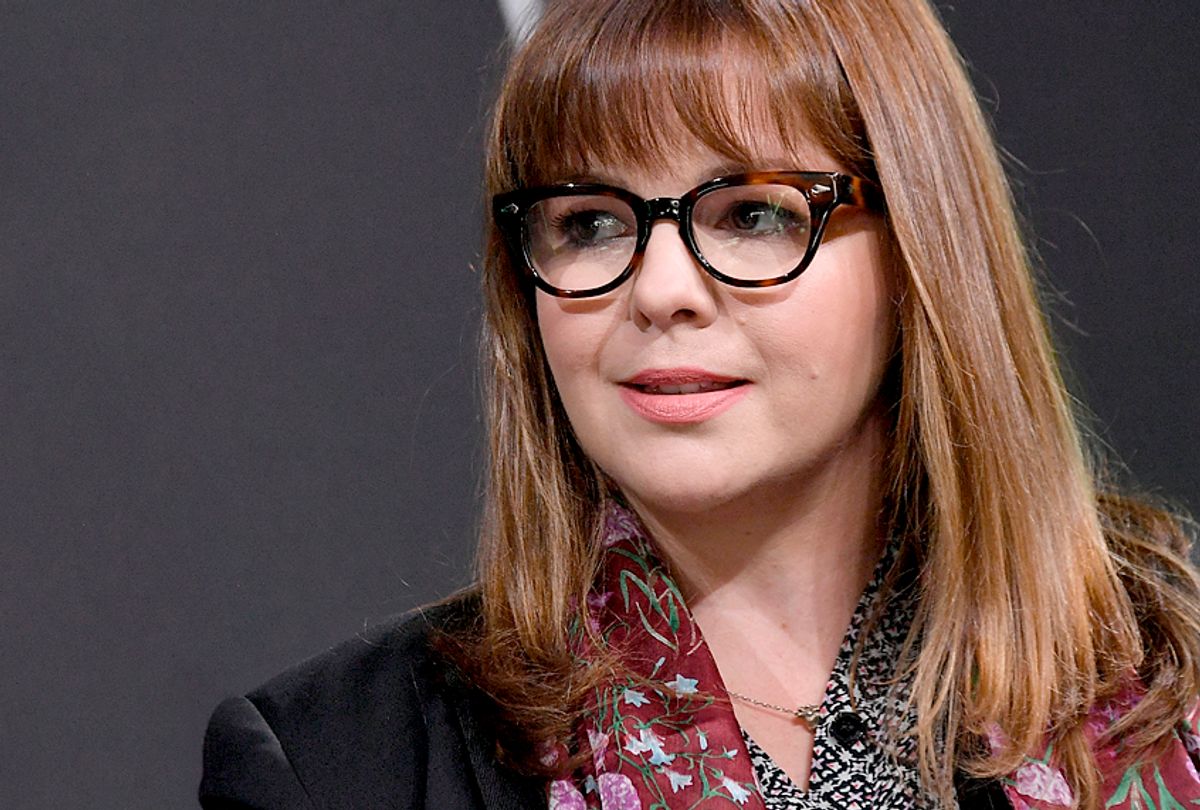 Actor/writer/director/activist Amber Tamblyn is famous for her roles in "General Hospital," "Sisterhood of the Traveling Pants" and "Joan of Arcadia." And when she came on BUST magazine’s podcast "Poptarts" recently, she was in the midst of a whirlwind publicity tour promoting her debut novel, "Any Man." But before she left our studio, I wanted to check in with her about what was next for the #TimesUp movement. Tamblyn was instrumental in helping launch the initiative five months ago, raising funds to support lower-income women seeking justice for sexual harassment and assault in the workplace.

By all measures, the program is a success, having raised over $30 million dollars and recruiting hundreds of volunteer lawyers to advocate for gender parity in a variety of workforces. But the media has stopped covering the #MeToo and #TimesUp movements as of late, thanks to a news cycle exploding with White House disasters, mass shootings, and demonstrations erupting in the streets over immigration.

So I asked Tamblyn, “I feel like we’ve all been soaking in our collective anger since the creation of the #TimesUp movement, but what’s next? What is your perspective from the inside? What is the state of our female union and the state of #TimesUp?”

“There’s a phrase we use within #TimesUp and that I really love which is, ‘We’re building a plane as we’re flying it.’ That’s the reality of every movement,” she replied.

“This torpedoed out of nowhere. It began with a lot of women—not just Hollywood women—across industries, across ethnicities. This is the most inclusive experience I have ever had in my entire life, and you know, I decided I would no longer do interviews, press, conferences, or panels, unless there was real diverse female representation sitting alongside me. Working within #TimesUp, that’s a real motto for us: if you want to get interviewed and go talk about it, you have to be part of a pair, and there has to be representation in that room. It cannot just be you, a white lady by yourself, talking about power. That’s not the way it works."

"And to me, I felt a real sense of freedom," she said. "I think I wanted this, and I didn’t know that it was OK to say, ‘This is the line. This is the new rule. We are bringing these other women alongside us and we’re not equivocating. There’s no wavering on that line.’”

“So the work is hard,” she continued. “It’s diligent, and it’s been absolutely profound what the Legal Defense Fund has done, raising over $30 million dollars. We’ve had thousands and thousands of women and some men apply for legal aid. And [our lawyers are] working on over 300 cases. What we are doing is action-based, and what is most important to me is that I can see it’s going to be a long run, and it’s going to be a long haul, but at least something is happening. The fact that we’re sitting here right now even talking about it means that something is happening. And Hollywood is changed forever, even if we don’t get the things that we want right away, it is changed."

"There are still a lot of problems . . . someday when I write a memoir, you will know what this last year has been like for me, on the inside, it has been insane. And the pushback I’ve received from so many men who run studios, who are agents, who are still in the business and who are really frankly scared, is pretty . . . it’s not shocking, but it’s pretty disappointing. But at the same time you also have women who are really scared, because men are going, ‘Wait a minute. My opinion doesn’t matter? I’m confused.’ And women are going, ‘Wait a minute. My opinion matters? I’m confused.’ And so you’ve got a real situation where the foundation has been ripped open and people are wobbly. They’re trying to find their ground right now. They’re trying to figure it out.”

“That’s why I keep calling this a revolution,” said Tamblyn. “I refuse to call this a movement because it’s important to remember that during revolutions, a lot of crazy shit happens and sometimes we can’t control it. We need to be able to hold space for all of it, in a big picture way, meaning no one can say, ‘This is what it has to be.’ Not one person, not me, not anybody. It’s important to keep asking, ‘How can this thing keep growing? How can it keep going? And how can we definitely put aside any language suggesting that we’ve gone too far?’ Cause by the way, we never talk about that with climate change. Do you ever hear anybody say we’ve gone too far? Even on our side, on the liberal side, do you hear people saying it’s gone too far? Yeah, not on climate change. But when it comes to women, to the bodies of women, some people think we’ve gone too far."

Listen to the rest of this interview with Amber Tamblyn here, and check out the Poptarts podcast on the BUST website.

A Salon interview with Amber Tamblyn

Raising a daughter in Trump's America