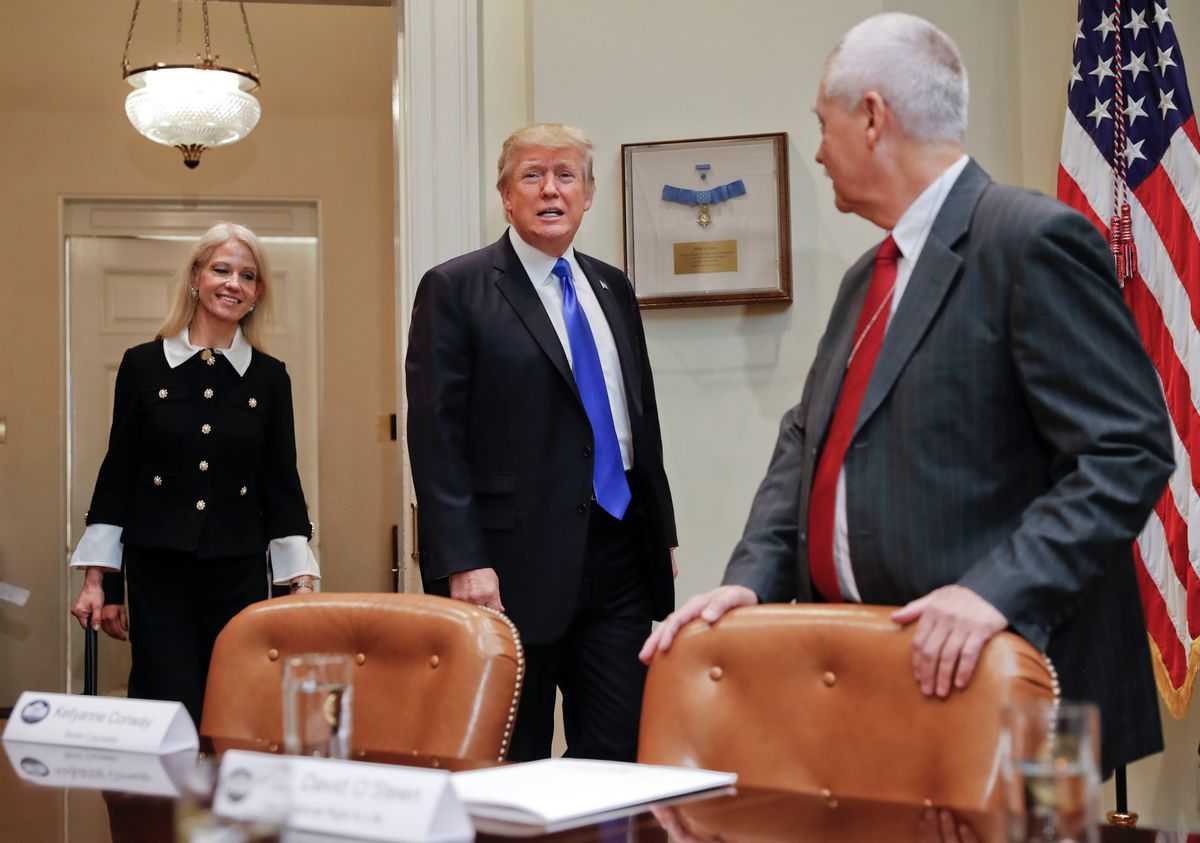 The hour is getting late in Washington, D.C. and it’s days before a national holiday, perhaps that is the reason senior White House counselor Kellyanne Conway accidentally retweeted a fake Mike Pence account taking a shot at CNN.

Conway celebrated the fake-VP’s feminism, tweeting her own commentary, “.@VP calls out sexism and shows what it means to be pro-woman.”

As can be seen with the handle of the retweet, it says @MikePenceVP, not @VP, the official account for the vice-president of the United States.

The latter account has a biography which reads, “Fan account. My Goal is to expose liberal hypocrisy and Fake News Bias.”