In recent weeks, Bossie has used his employment at Fox News to push for Comstock on-air and off-air 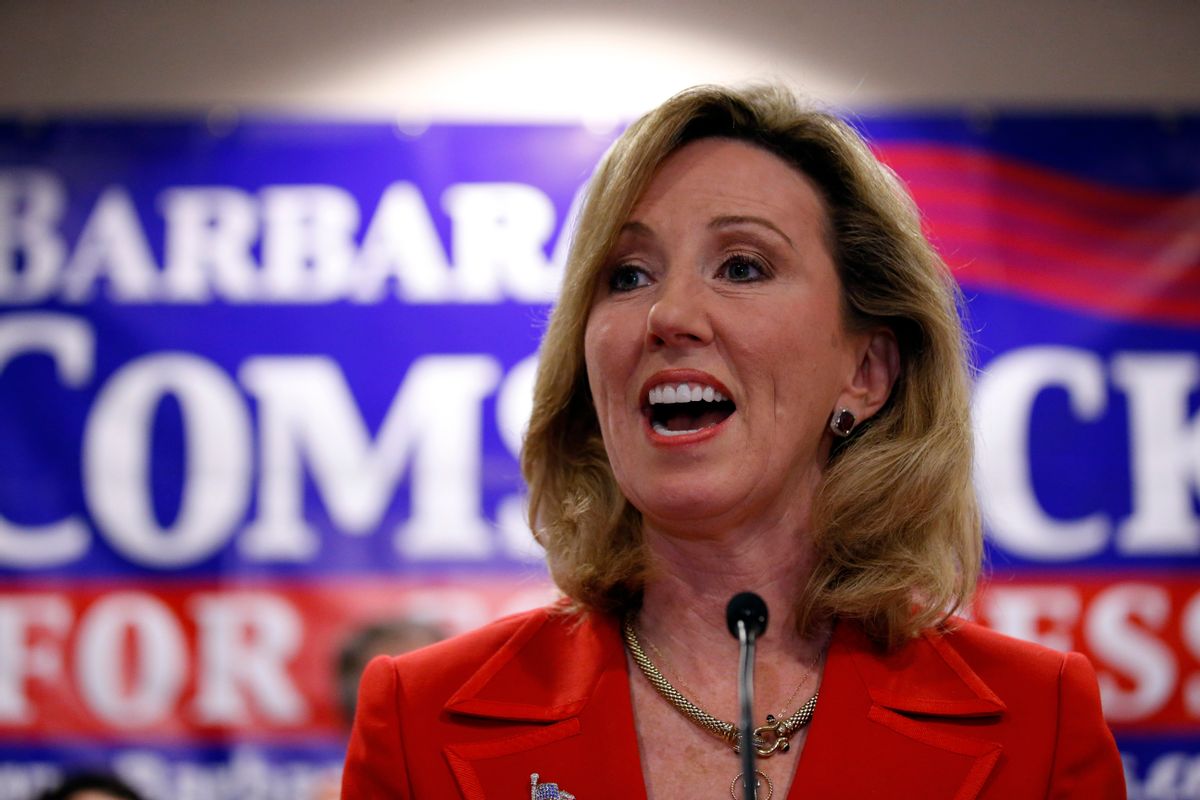 Bossie is a right-wing operative who has a history of employing dirty tricks and smears. Bossie worked as President Donald Trump’s deputy campaign manager in 2016 and joined Fox News as a contributor in February 2017.

On June 25, Fox News reportedly suspended Bossie for two weeks after he told Democratic strategist Joel Payne, who is Black: “You’re out of your cotton-picking mind.” Fox News and Bossie later apologized for the remark.

In recent weeks, Bossie has used his employment at Fox News to push for Comstock on-air and off-air. The Virginia representative is considered one of the most vulnerable elected Republicans in the country and Republicans such as Bossie have been organizing to help her win in the November election.

Bossie endorsed Comstock on June 5 and touted his Fox News affiliation in the first sentence, writing: “My name is David Bossie and you might know me from Fox News where I routinely discuss my time as the Deputy Campaign Manager for President Trump’s 2016 campaign.”

Despite his baggage (both before and after his “cotton-picking mind” remark), Comstock publicizes Bossie’s endorsement on her campaign website. She also highlighted the endorsement in a June 6 Facebook post along with a picture of one of Bossie’s appearances on Fox News. (Comstock’s campaign also spent a small amount of money to promote that post on Facebook, according to the social network’s archive of “ads with political content.”) A Media Matters request for comment to the campaign was not returned.

Bossie promoted Comstock on Fox News just weeks before his suspension, calling her “a dedicated, principled, member of Congress who does an outstanding job.”

The June 1 edition of "Outnumbered" covered an ad that compared President Donald Trump to Osama bin Laden from then-potential Comstock opponent Dan Helmer; Helmer later came in fourth in the Democratic primary. Bossie, who was co-hosting that program, used the ad to praise Comstock and attack her then-potential opponents.

Bossie began by stating that Comstock is the godmother of his oldest daughter and he’s known the Republican for "about 25-plus years." He said of Comstock: “She is a dedicated, principled, member of Congress who does an outstanding job for the 10th District of Virginia and is going to win this November, hands down. She is in a tough race but she's going to win it.” Bossie added that Helmer and “all of the candidates in this primary, everyone on the Democrat side, have Trump Derangement Syndrome. They are all crazier than the next one. They are all hardcore leftists. And I think Barbara is going to beat whoever wins [the nomination].”

Bossie has also aided Comstock’s campaign through fundraising efforts for the Virginia Republican Party, which helps elect Republicans throughout the state. He was the “special guest” for the party’s 3rd Annual Commonwealth Dinner in April.