From trying to gut Medicare to overhauling government agencies, the party targets the country’s most vulnerable 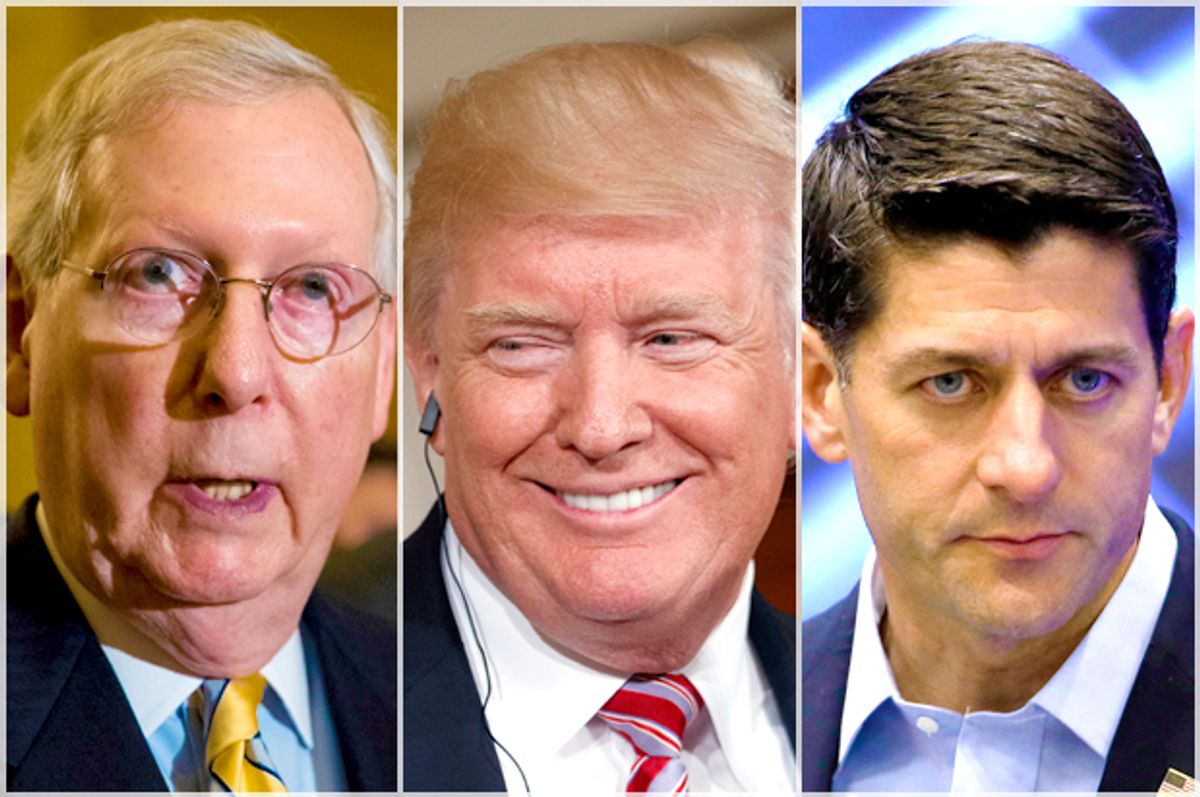 The Trump government is sharpening its budget-cutting focus on the poorest and most vulnerable in the United States.

The plan to merge the various aid programs was developed over the year by Mulvaney. It would shift the Supplemental Nutrition Assistance Program, a subsistence benefit that provides aid to 42 million poor and working Americans, from the Agriculture Department to the new mega-agency. It also would propose merging the Education and Labor Departments to consolidate workforce programs.

Politically, the proposal is not considered likely to gain the congressional approval, but it represents a stake in the ground for “small government,” a slogan from the Trump presidential campaign.

E.J. Dionne, a columnist for The Washington Post, said the Trump administration “is waging a less visible war on our nation’s poorest citizens, with the complicity of its Republican allies in Congress.” Bills like those adding additional work requirements for SNAP benefits “are not about “poverty-fighting,” as House Speaker Paul D. Ryan claimed. It’s about increasing poverty by throwing people off food stamps, one reason every House Democrat — they were joined by 20 Republicans — voted against the farm bill.”

Dionne added that “it is hard to escape the sense that (the proposal for reorganization of Cabinet departments) is about decimating help for the least fortunate. Given the demonization (and racialization) of the word ‘welfare,’ the rebranding exercise appears to be an attempt to delegitimize all social spending. (It’s unlikely this crowd wants to restore the dictionary definition of ‘welfare’ as ‘well-being.’) The Council on Public Assistance looks like a power grab that deserves to be called the Council to Slash Public Assistance.”

Indeed, it has been almost impossible to hear political candidates at any level talking about poverty and its cures.

For the Trump administration, since its earliest days, aides have been working on ways to suggest a full program of changes in benefits that would reduce the cost of government, including Social Security and Medicare.

In the vision of these people, the Education Department and the Labor Department ought to exist only to offer job training programs, and they see the reach of various agencies as duplicative. There are a slew of such advisers, formal and informal, ranging from staff aides to groups like the Heritage Foundation, the Federalist Society and the Koch brothers network that have come up with ideas like raising rents on some of the poorest residents of federally subsidized housing programs by as much as 44%.

The New York Times said that by early 2017, Heritage produced a government reorganization plan that served as the initial template for Thursday’s announcement. They also drafted a list of 334 policy recommendations, about half of them aimed at domestic programs for poor people or Obama-era regulations protecting low-income consumers.

Critics say the real purpose of many of these programs, including the work requirement approach, is to kick hundreds of thousands of the needy off the federal rolls, to cut taxes for the rich.

In an editorial, The New York Times said, “After tearing apart immigrant families until shamed by international outrage, President Trump and his party have now turned to endangering vulnerable American children. According to the Center on Budget and Policy Priorities, if House Republicans get their way, more than two million people, many of them young children, will lose access to the food stamp program known as SNAP (Supplemental Nutrition Assistance Program). . . .The goal of these maneuvers is twofold: to stigmatize such programs — racially stigmatize them for white voters — and to make them easier to cut or eliminate.

“Some 42 million poor and working-class Americans use SNAP benefits to buy groceries. A vast majority of them are elderly, disabled or children. Of the people who are both of working age and able-bodied, most do have jobs. They simply don’t earn enough to feed themselves consistently. These working-age adults already face several requirements and restrictions on how much SNAP aid they can receive. For example, they must register with SNAP and accept any job offered to them, or any training program that they are assigned to. Unless they are older than 49 or raising children, they must also verify, on a monthly basis, that they are working or in job training at least part-time (after a three-month grace period). The new bill would expand these work requirements to include people up to the age of 59, and those with children older than 6. It would also tighten the rules so that anyone who fails to comply loses coverage for a full year the first time, and for three years each subsequent time.”

Meanwhile, the Trump administration has pushed back against a U.N. finding about the numbers of poor in the United States. The U.N. lists 40 million in poverty in this country; Nikki Haley, the U.S. ambassador to the United Nations, claims there are only 250,000 poor people in the country, and that, in any case, it is ridiculous for the U.N. to target poverty in the United States among all the countries in the world.

The difference is in how to count, of course. Details aside, the Trump administration apparently would prefer that there is no problem to face. That’s the best way to make America great again.