What do your neighbors talk about? "There's definitely a darkness that comes up in small talk"

Salon talks to the director of the documentary "Small Talk," now streaming on Salon Premium 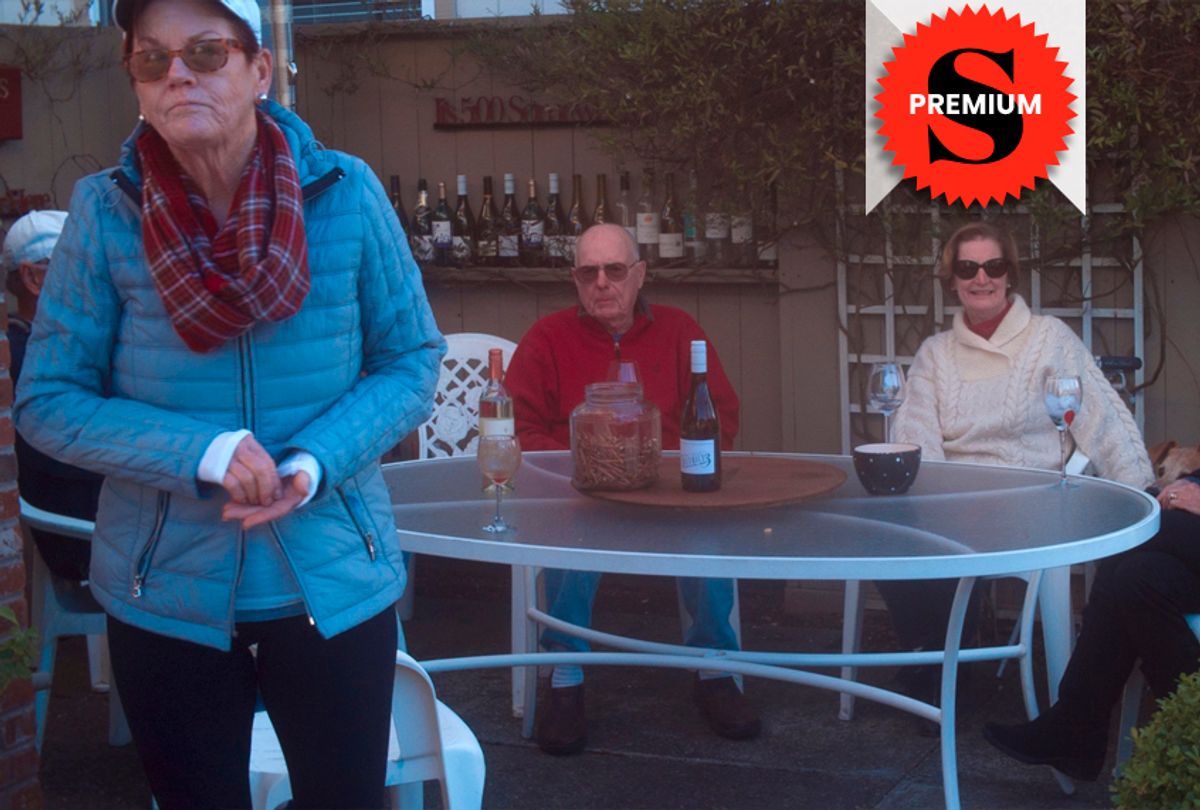 There’s a lot you can learn from “Small Talk,” director Hilary Fitzgerald Campbell’s hilarious, deceptively deep, documentary about the longstanding, chitchat relationships between the suburban neighbors of her childhood home.

You can watch the full documentary "Small Talk" on Salon Premium, our new ad-free, content-rich app. Here's how.

Campbell spoke to Salon about a film she lost, the one she made, and the darkness and light she sees in everyday life.

Why did you make a film about your parents' neighbors?

I always wanted to make a film about them because they are the village that raised me, and I think they will probably be the funniest group of people I'll ever know. I actually did make one on 16mm the summer before I shot “Small Talk.” Little did I know that the film donated to me was pre-fogged . . . I lost the whole film and had to start over.

Was it difficult to get your subjects to act, as we like to say, natural?

Some of them were being silly. Like Bob. He kept telling me to go away because he "hated me." (He was kidding). But Pattie didn't care one bit — pretty sure I have footage of her in her underwear, somewhere. The only time they were really not acting natural is when I forced them to sit on the patio in like 50 degree weather. The fun part about lav mics is people kind of forget they have them on after about five minutes.

Will you ever return to living in the suburbs?

I wonder about this a lot. I love New York, but I also love sitting on a patio and having a lot of space to dance around in with a glass of wine. I suppose I could very well end up in the 'burbs, one day. Just not soon. For now I'll keep visiting my parents as often as I can.

What are your favorite films about the suburbs?

It's a very fun film but there's darkness just under the surface — you mention your sister, who doesn't get along with you. Can you describe the tone you were trying to achieve?

I think I was just trying to be honest, and the truth usually is that there is darkness and lightness in everyone's life, every day. And there's definitely a darkness that comes up in small talk. You know when you ask someone how they're doing and they're like "well not good" and you're like, shit, now I have to ask what's going on . . . I also have a dark sense of humor so that's just something I would say in normal conversation [about my sister]. Not to say it's not true. It is.

Has the film gotten anyone — you, your parents — in trouble with other neighbors?

I believe one of the neighbors hasn't seen it . . . but otherwise everyone loves the film!

I had a glass of wine during the screening, so I'd say the screening was ideal. I had a great time! It was a very fun festival and the film was well received. Documentaries are often serious topics, so I've found people are excited to have some sort of comic relief, and I'm happy to provide it.

Rooftop Films gave me a grant to complete my third film “Uncle Jim,” which is in post-production. I have a residency with the Cucalorus Film Festival this summer to finish the film, so I'm hoping to have the film done by the fall. You can, of course, always look at my cartoons, daily, on Instagram @cartoonsbyhilary in the meantime!

Pour yourself a glass of Chardonnay and get comfortably close with Fitzgerald Campbell’s childhood neighbors in “Small Talk,” streaming on Salon Premium, our new ad-free, content-rich app.