Lyft, like Uber, wants to corner the way people move around cities 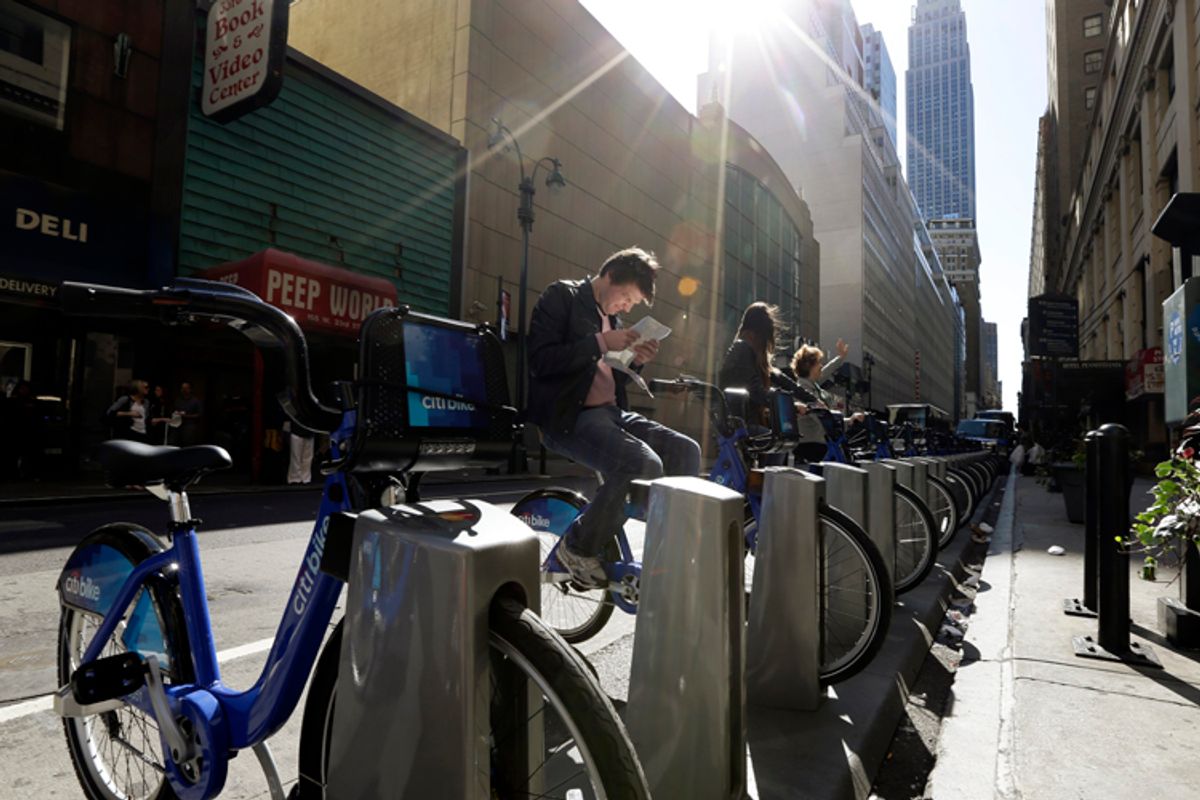 Motivate will keep its name — and continue to operate and take care of bikes currently under contract. Lyft, however, is looking to add motorized two-wheelers to the fleet, and will be pushing to bring ". . . dockless and pedal-assist electric bikes," the company said. Motivate operates bike-share fleets in eight cities, and was responsible for 80 percent of all bike-share rides in the U.S. i 2017, according to Lyft.

This is not the first union between a ride-sharing fleet and a bike-share company. In Baltimore, Lyft started co-branding a number of Baltimore Bike Share spots in February, using them as spots where people could get picked up and dropped off as well. Uber bought electric bike-sharing firm JUMP Bikes earlier this year, and both Lyft and Uber are eagerly looking at different ways people will move around cities — including, of course, self-driving cars.

Companies including Bird and LimeBike have come under fire for not only launching scooter services in cities, without apparently checking with officials, but, in LimeBike's for some questionable decisions around alarming the two-wheelers and having the scooters actually shout they were alerting police.

Both Bird and Lime have started dropping their scooters in other cities, most recently in Culver City in Southern California. Bird apparently decided to drop scooters in Milwaukee, Wisconsin without checking with city officials, who nicely noted that anyone riding one would get a ticket.

Lyft didn't give any indication as to whether its app will start to allow users to both hail a car or unlock a bike in cities where the two services are supported, like New York City. That could be a helpful, and potentially popular option, for those left stranded by a cancelled Lyft, or conversely standing at a docking station without a bicycle to be found.