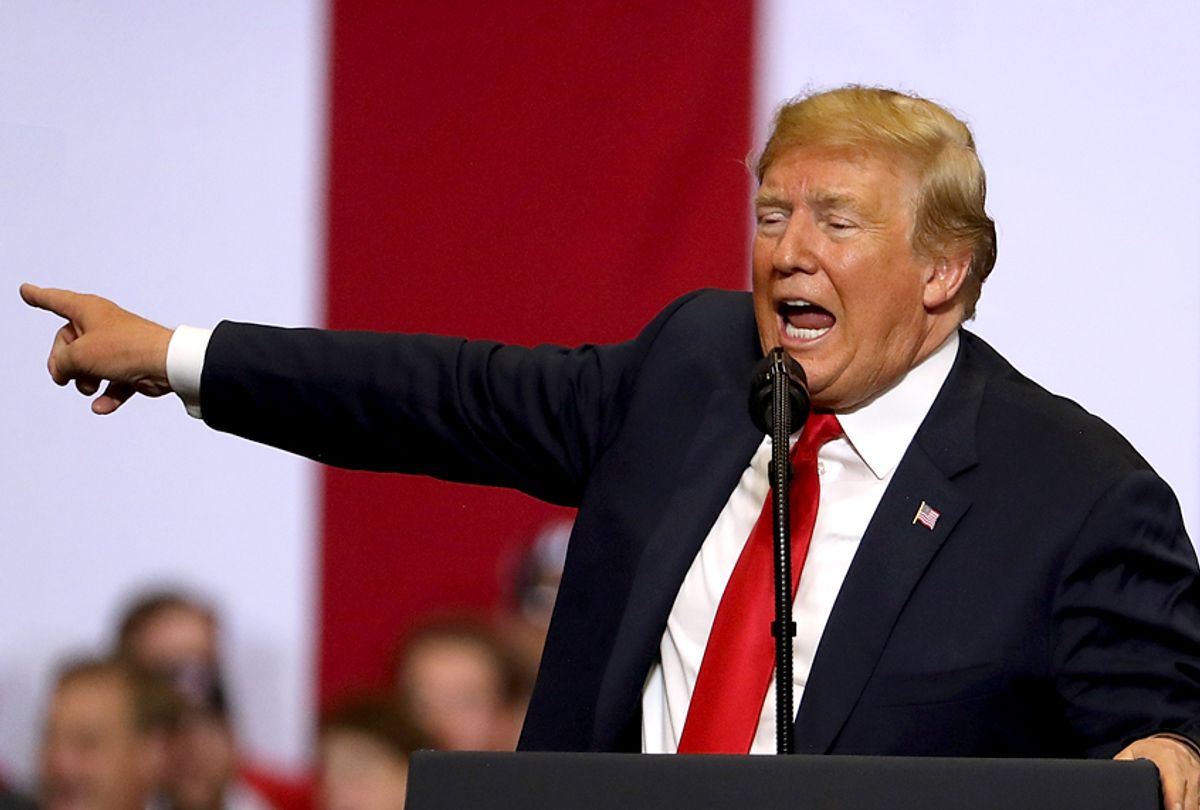 Holocaust historians’ first impulse is to reject comparisons between those dark decades and our present. We don’t want to be perceived as abusing history for political purposes, or engaging in overly emotional analyses.

But then comes a moment when it’s not possible to avoid parallels.

For me, that moment came two weeks ago.

I study the American response to the Holocaust. I was preparing to deliver a conference paper on U.S. officials’ false claim that the nation’s inflexible immigration laws gave them no choice but to deny visas to hundreds of thousands of Jewish refugees in the 1930s and early 1940s — and historians’ repetition of this false claim. From every media outlet came Trump administration officials spewing similar hollow arguments.

The law made me do it

During the Nazi era, the claim was based on the 1924 immigration law that set annual worldwide quotas, as well as country-by-country limits, on the number of immigrants to be admitted to the United States.

The problem with the claim, and the idea that U.S. officials had no choice but to follow the law and limit immigration, is that the quotas were never even close to being filled from 1933 to 1945, the 12 years of the Nazi regime.

About 200,000 refugees from Nazi Europe were admitted during that period to the U.S., while at least another 200,000 could have been under existing quotas. The quota for Germans of about 26,000 was filled in just one year, in 1939. In every other year, the quota ranged from 7 percent to 70 percent filled.

The law didn’t prevent U.S. officials from admitting more refugees. Officials chose to interpret and implement the nation’s immigration laws so as to exclude as many refugees from Nazi Europe as possible.

Yet at the time, and in many historical accounts, officials consistently blamed the law. That includes Assistant Secretary of State Breckinridge Long, who explained why his administration could not help European Jews in 1943.

“American immigration policy was expressed [solely] in the laws enacted by Congress, which the executive branch had no power to alter,” said Long.

I intended at the conference to try to explain why so many historians cling to “the law-made-me-do-it” narrative, assuming that that narrative was all history.

As criticism of the Trump administration’s policy of separating families at the border ramped up in mid-June, U.S. officials trotted out their version of Long’s argument — though in less elevated language.

Asked why the administration adopted the “zero tolerance” policy, which led to criminal prosecutions of all those crossing the border seemingly illegally, press secretary Sarah Huckabee Sanders said during a Thursday press conference, “because it’s the law, that’s what the law states.”

Pressed again, Sanders said, “Again, the laws are the one, the laws that have been on the books for over a decade and the president is enforcing them.”

Nor has Sanders been the last.

Kelly’s successor, Homeland Security Secretary Kirstjen Nielsen, Attorney General Jeff Sessions and the president have all said at various times — and then taken it back — that they had no choice.

Faced with the Great Depression, Hoover decided in 1930 to limit the number of immigrants allowed into the country, because — supposedly — they would take Americans’ jobs.

From 1933 to 1945, the Roosevelt administration continued to use this interpretation of the likely-to-become-a-public-charge clause and other provisions to keep immigration under what the law allowed, even after the economy picked up.

The Trump administration has claimed immigrants are more likely to commit crimes and to be national security risks, using unrepresentative anecdotes and amorphous fears to justify its policy.

So did the Roosevelt administration. One State Department lawyer maintained that officials should deny visas to those who had criminal tendencies, even if they have no criminal record.

Government officials during the Roosevelt administration also assumed a large proportion of immigrants, particularly Jewish ones, were communists determined to subvert democracy. They denied visas on that basis.

“I believe you should instruct our counter-espionage services of all sorts to keep an especially vigilant eye on the Jewish refugees from Germany,” William Bullitt, the ex-ambassador, wrote Roosevelt. “Sad, isn’t it?’”

Jewish refugees didn’t turn out to be spies. Of the 23,000 “enemy aliens” who arrived in 1940, for example, fewer than one-half of 1 percent were taken into custody for questioning. Only a fraction of those were indicted — for violating immigration regulations, not for espionage.

Denials of visas based on national security concerns and other reasons, however, meant that just 21,000 refugees entered the United States between Pearl Harbor and the war’s end, with quotas from Axis-controlled countries only 10 percent filled. Historian David Wyman estimates that the U.S. could have saved nearly 200,000 victims of the Nazis by allowing them to enter the country.

Who gets to be American

Based on my research for a chapter I wrote in “Allied Powers’ Response to the Holocaust,” a forthcoming book edited by Alexander Groth and Tony Tanke, I have concluded that U.S. government officials’ fears about refugees from Nazism being public charges, criminals or security risks were primarily pretexts for their real concern. That concern was that allowing in too many refugees would fundamentally alter the nature of American society.

Many decision-makers, particularly in the State Department, hailed from the WASP elite and perceived ambitious Jews as threatening their exclusive domains. The fewer Jews in the United States, the greater the chance of preserving the country as it had been and as they wanted it to continue to be. These officials justified any position and tolerated any cruelty, including refusing to change immigration policies once it was known the Germans were exterminating all of Europe’s Jews.

Roosevelt administration officials turned out to be both right and wrong in their fears.

They were right that the European refugees who came before, during and after the war, though small in number, reshaped the world of higher education, the arts and the sciences and contributed to the rise of the postwar meritocracy. That postwar meritocracy broke down the class-based system that kept Jews and Italians and eventually blacks and Latinos out of elite institutions.

But they were wrong that these changes undermined American democracy or changed the country’s spirit.

Some might object, probably under their breath, that these refugees were different. They were “good” refugees.

But that is not how they were perceived at the time. And that is exactly the point and precisely the parallel.