Democrats: Quit listening to "civility" scolds and concern trolls: This is an emergency

Nothing can be gained by Democrats trying to play nice with the current GOP. But everything can be lost 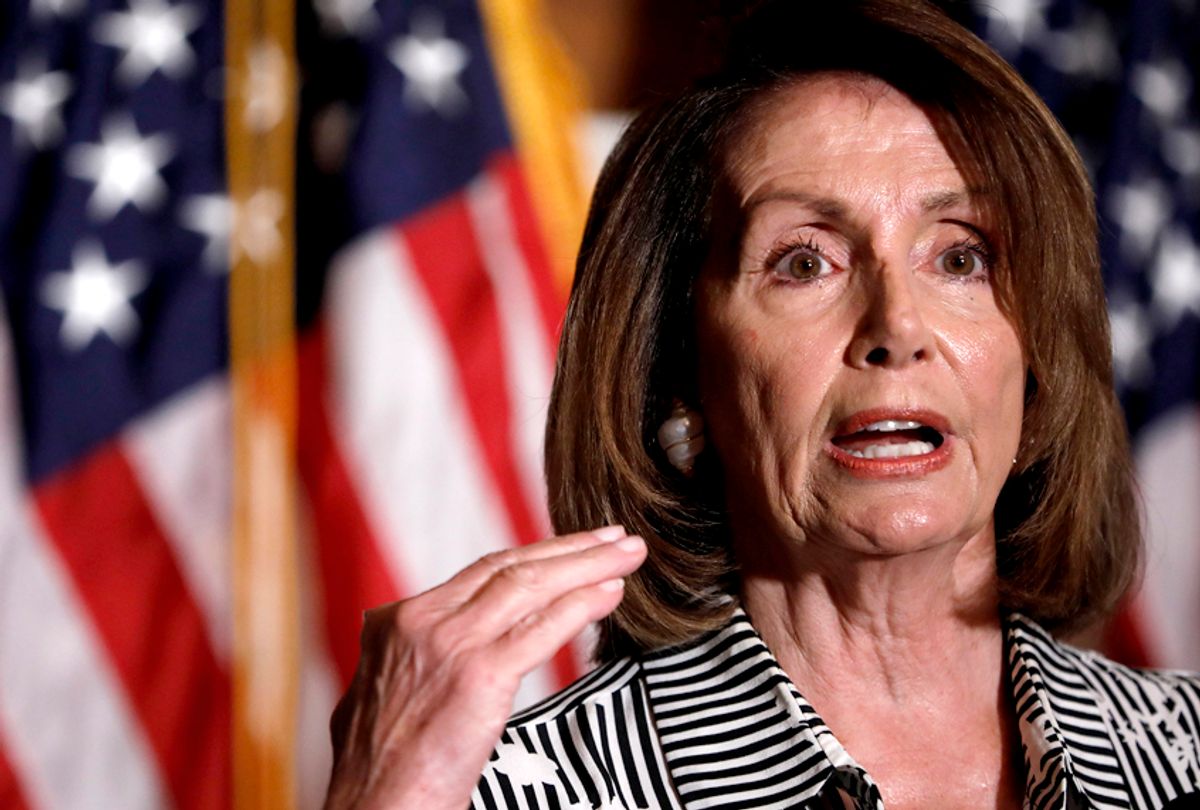 Halfway through 2018, it's clear that the year will be remembered by the history books as a time when the Donald Trump administration started its drastic escalation of what amounts to an ethnic cleansing campaign aimed at nonwhite immigrants. So far, the administration has made it a priority to shake the trees to find every legal avenue possible to throw out people Trump considers too dark-skinned. This has included getting the Supreme Court to approve a Muslim travel ban, finding legal loopholes to prosecute people who are legitimately seeking political asylum, and ending temporary protected status for hundreds of thousands of people from countries such as Haiti and El Salvador.

Now the administration is even exploring the possibility of denaturalizing immigrants who are now U.S. citizens by accusing them of lying on their applications. This is quite possibly a test case as to whether Trump's enforcers can move towards blatantly violating the law when they're trying to kick people out of the country, without drawing any Republican blowback. (Answer: Probably!)

With the country slouching towards fascism, it's important to note what the national news media considers a majority priority for coverage: Scolding the left for being too upset about the white nationalist agenda of the White House and trying to drum up intra-Democratic drama. Unfortunately, too many leaders on the Democratic side are falling for this, which can be easily avoided by a simple strengthening of backbone.

Endless amounts of column inches and cable-news airtime are now devoted to two propositions: That the left is getting too rowdy in their opposition to Trump's racist agenda, and that Democratic leaders have a responsibility to scold left-wing activists about the importance of not resisting authoritarianism too sternly. In some cases, this takes the form of getting the vapors at progressives who are "uncivil" by protesting Trump officials in public places like restaurants. In others, it's about scolding those who support supposedly radical notions like the abolition of ICE, even though similar lectures are not directed at conservatives who supporting far more radical proposals to abolish the IRS.

The typical structure of these arguments is that of a concern troll: The person telling progressives to simmer down will inevitably cast himself as a concerned party who wants Democrats to win, but believes these tactics are only hurting that agenda and believes the best path forward for the party is to maximize internal sniping over nonsense.

Richard Cohen's latest offering in the Washington Post is a standard example of this genre.

"The trouble with left-wing Democrats is that they lack a proper respect for right-wing demagoguery," Cohen writes, all aflutter over how deeply concerned his levels of concern are. "Hence, at the moment, many of them extol socialism — which is to American politics what curling is to sports — and are calling for the abolition of ICE, generously giving President Trump yet another opportunity to demagogue on immigration."

As Simon Maloy at Media Matters notes, this argument rests on a presumption that is beyond laughable, which is that moderating one's views will cause Trump and the Republicans to tone down the demagoguery.

"Democrats have been obsessively and self-destructively worried about what nasty things Republicans and conservatives will say if they don’t come off as sufficiently 'moderate,'" he writes, noting that John Kerry was called "a weakling and terrorist sympathizer" despite kowtowing to the right by voting for the Iraq War, and that Barack Obama was called "an open-borders amnesty lover" despite his efforts to placate Republicans by stepping up deportations.

I'll take this argument a step further and note that not only does trying to placate Republicans never work, history shows that it will often backfire. For one thing, it gives political opponents ammunition to paint Democrats as hypocrites or as secret saboteurs of the progressive agenda.

We see this happening with Obama now. The deportations he authorized to pander to House Republicans are now being exploited by conservatives who want to use a "both sides do it" argument to excuse Trump's family separation policy. This argument is based on deliberate lies, of course, but there's just enough truth to it to confuse the issue: Obama really did deport a lot of people before abandoning that strategy, after it became clear it wouldn't soften Republican opposition to immigration reform. Furthermore, there are still a number of self-proclaimed socialists out there ready to amplify any argument, no matter how badly sourced, that equates Democratic policies with Republican ones and argues that the two parties are no different.

And, of course, the zero-for-three losses of Democratic frontrunners — Kerry to George W. Bush in 2004, Hillary Clinton to Obama in the 2008 primaries, and Clinton to Trump in 2016 — does not speak well of the choice to vote for a bad war in the vain hope that it can prevent Republican accusations that one is soft on terrorism.

The lesson here is clear: Democratic politicians need to stop letting the concern trolls get into their heads and instead focus on promoting progressive policies and building each other up. The decision to capitulate or apologize will only come back to haunt you -- so don't do it.

I'm generally fond of Nancy Pelosi, who was an effective House speaker and has been a strong progressive voice throughout her career in Congress. But this past month, she's been letting the concern trolls get to her, first by scolding Rep. Maxine Waters for calling on people to protest Trump officials in public and then for seemingly being salty about Alexandria Ocasio-Cortez beating Democratic incumbent Rep. Joe Crowley in a New York primary race. (To be fair, Pelosi's comments about Ocasio-Cortez appear to have been exaggerated by journalists eager for any hint of intra-Democratic conflict.)

This is just bad politics on Pelosi's part. Giving into pressure to rebuke members of her caucus, on any level or for any reason, will do nothing to persuade Republicans to curtail their hysterical claims that Pelosi is a secret Marxist who is coming for your children. It only helps fuel anger and distrust and gives rise to a thousand clickbait articles championing the intra-Democratic conflict narrative.

This was an easy trap to avoid, if only by demurring. When asked about Waters or Ocasio-Cortez or whoever the media wants to paint as some kind of leftist radical, the correct response is, "I'm proud of our diverse coalition and I support our caucus in their efforts to resist Trump's dangerous agenda." Rinse and repeat, and they'll give up soon enough. The same goes for ambitious young Democrats who are invited by reporters to dis Pelosi in public: Offer noncommittal compliments and move on.

None of this is to say that every Democrat needs to adopt the same exact platform or that legitimate policy debates are out of the question. But if decisions are being guided by an urge to seem "moderate" in order to appeal to Trump voters or placate Republicans, remember this basic rule: Republicans can not be placated, but progressive voters can be alienated. And that's something Democrats absolutely cannot afford.