"Is that a healthy pursuit for society? Is that the healthiest pursuit for our homes?" Harris said in a 2013 sermon 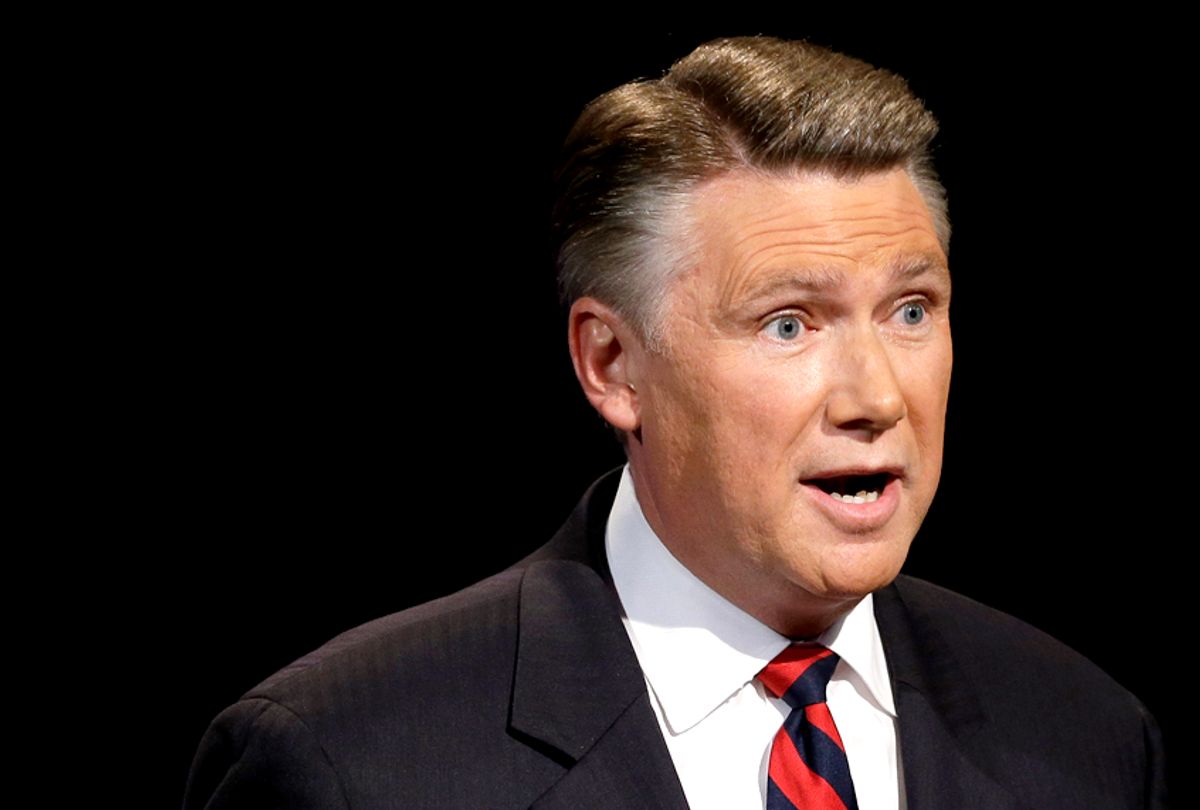 A Republican candidate running for Congress in North Carolina once questioned if careers were the "healthiest pursuit" for women and for society at large.

Mark Harris, who won the GOP primary for North Carolina's 9th congressional district in May, is a former Baptist pastor who addressed the topic during a 2013 sermon. The audio of the sermon, which was uncovered by the Democratic PAC American Bridge and is from his work at Charlotte's First Baptist Church, was first reported on by ABC News.

Harris said the only title given to a man in the Bible is "head," while the title given to women is "helper." He added that he would define helper as "servant-lover."

"There is a new supreme pursuit from the traditional pursuit of being a wife or a mother," he continued. "In our culture today, girls are taught from grade school that we tell them that what is most honorable in life is a career, and their ultimate goal in life is simply to be able to grow up and be independent of anyone or anything."

Harris mentioned several times that he was likely to be misquoted, taken out of context or deemed politically incorrect.

Harris also read from the Epistle of Paul to Titus, quoting:

"The older women likewise, that they be reverent in behavior . . . that they admonish the young women to love their husbands, to love their children, to be discreet, chaste, homemakers, good, obedient to their own husbands, that the word of God not be blasphemed."

Harris categorized the verse as "pretty important stuff" and also described its values as "timeless."

In a statement, a spokesperson for Harris affirmed to ABC News that the Republican meant what he said:

Andy Yates, an adviser to Harris, told the News & Observer that the release of the sermon reflected "a bigger war on people of faith, on religious freedom and people who believe in Christian values."

"That's sad that we've come to that point that we’re going to attack a pastor for preaching the Word of God," he continued.

One of the issues Harris is campaigning for is family values, and he describes as platform as both pro-life and pro-family.

"One of the most devastating blows to the American way of life has been the breakdown the family unit," he writes on his campaign website.

Democrat Dan McCready, who will face Harris in the midterms this fall, said this sermon is further evidence that Harris is "out of step."

"As a Christian, I believe that we are all created in God's image," McCready said in a statement to the News & Observer. "That means men and women are equally valuable and equally capable and should be treated as such in their homes, careers and in society. Mr. Harris' comments suggest otherwise. This is just another example of how out of step Mr. Harris is — not just with this district but with this century."

How trolls took over the GOP.