The minty banana salad (yes, banana) that stole my heart

Enjoy while listening to the "Dirty Dancing: Havana Nights" soundtrack 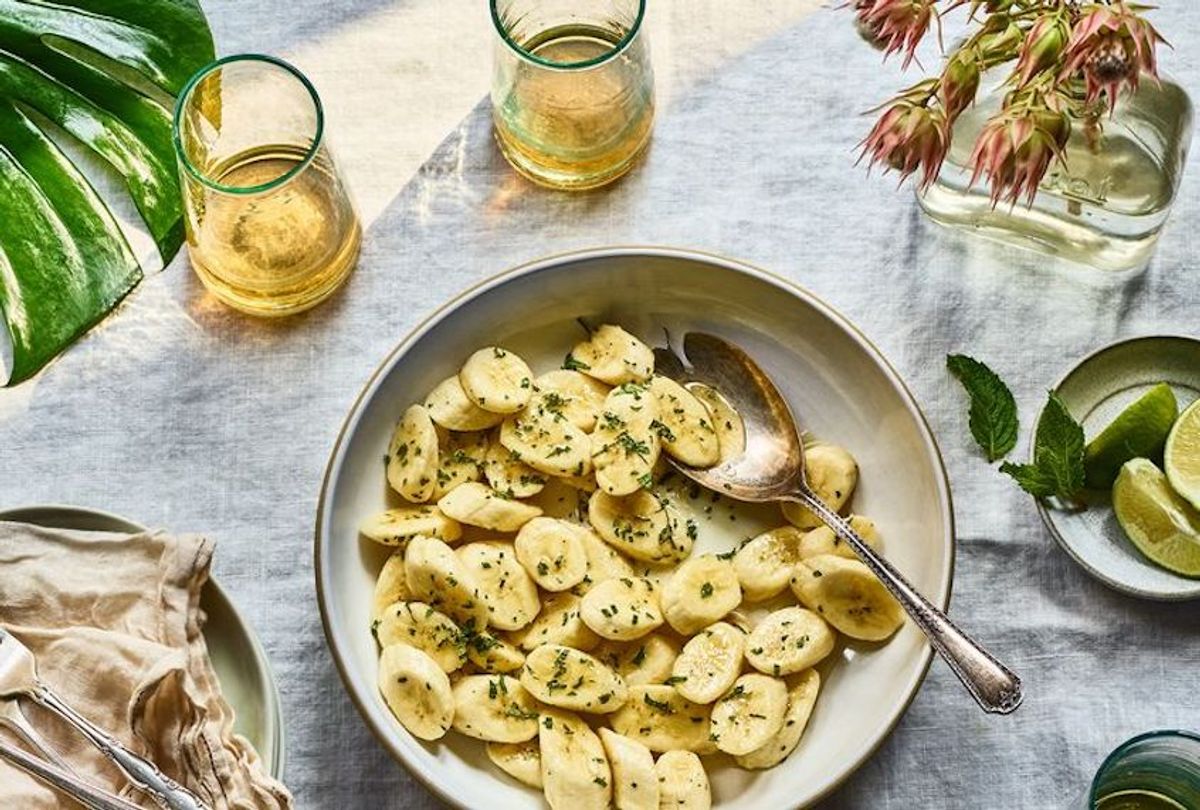 I'll make a somewhat embarrassing confession right here: I've never seen the original "Dirty Dancing" movie, but I have seen the sequel/spin-off/whatever it is, "Dirty Dancing: Havana Nights". The movie wasn't particularly memorable, but the stunning cinematography, from the palm trees to pastel buildings to Javier (played by Diego Luna) was enough for my mother and me — not yet U.S. citizens or green card holders at the time—to turn to each other and say, "Let's go to Cuba before we can't."

Fast forward 15 years and we are both American citizens who can travel to Cuba despite that fact, but neither of us has made the trip out yet. I don't see the possibility of dining at Havana's paladares (hidden restaurants) or taking photos of the city's old-fashioned cars anytime soon, so I am traveling vicariously through "Cuba: The Cookbook".

Flipping through the cookbook, I noticed Chinese-influenced recipes, fried rice to chop sueys to "Chicken in Butter and Soy Sauce," as well as interestingly-named recipes like "Moors and Christians with Sofrito" (one of the many varieties of beans and rice offered in the book). Each dish speaks to a moment in Cuba's history, like "Rice with Peanuts," which rose to popularity in Cuban homes during the 1990s, following the collapse of the Soviet Union. The thoughtfulness behind these anthropological recipes is due to the fact the book's authors, Imogene Tondre and Madelaine Vazquez Galvez, are not just fantastic cooks but also food historians; the recipes are inspired by and made for home cooks.

The recipe I thought best represented both the wonderful simplicity at the heart of this tome, as well as its travelogue quality, is the Banana-Mint Salad, which, according to its headnote, "was a very popular salad at the Eco Restaurant El Bambú at the National Botanical Garden in Havana."

"Banana salad" might trip you up — but it shouldn't! It's just a simple way to make a banana, which is perfect as is, a tad jazzier. A trifecta of lime juice, honey, and torn mint wake up the natural flavors of the fruit, and if you want a more filling snack, do what I do and add a bit of toasted, crushed nuts (the contrasting texture is chef kiss emoji). This recipe calls for 2 tablespoons of honey, but I've found 1 tablespoon is more than enough.

Enjoy while listening to the "Dirty Dancing: Havana Nights" soundtrack because its songs are just as addictive.