Is a Harley really an all-American bike? Who even cares? 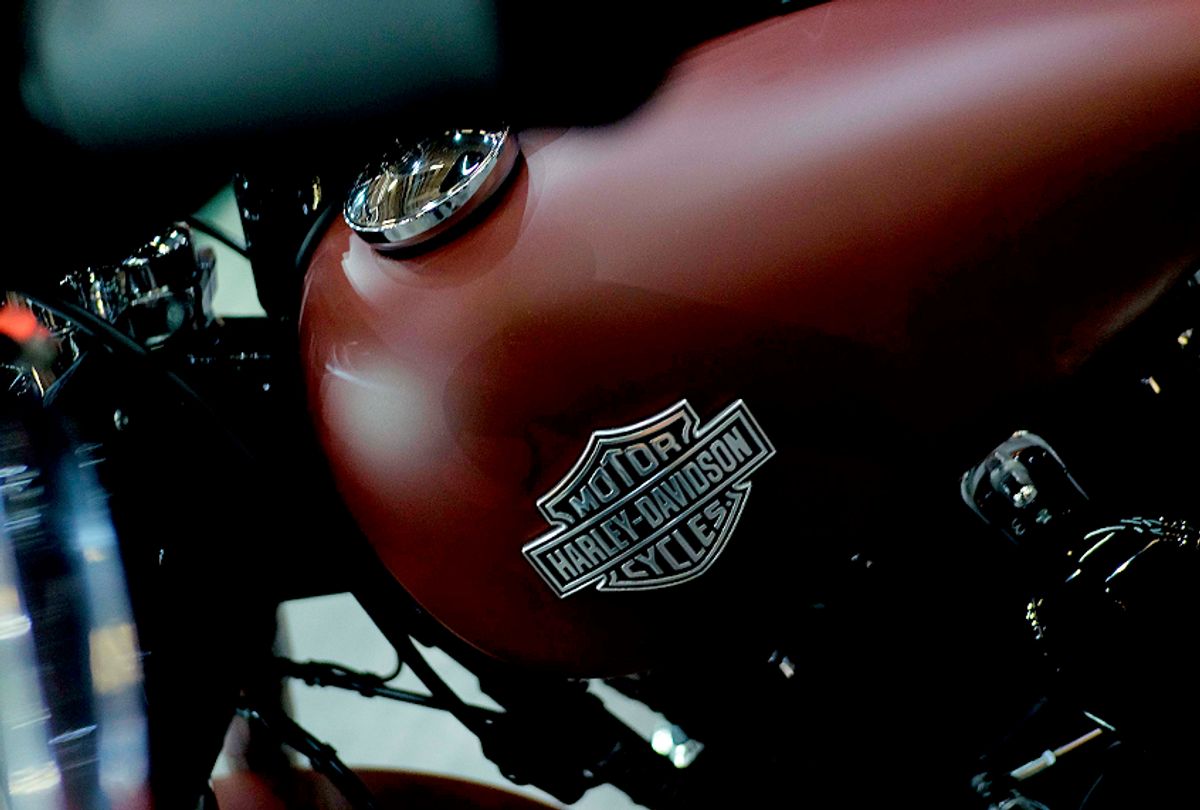 Harley-Davidson was one of the president’s favorite companies less than six months ago. Now it’s the latest business to feel his wrath.

That’s because on June 25, Harley-Davidson announced it will move some of its production overseas. The iconic American motorcycle brand said it was doing this to avoid retaliatory tariffs imposed by the European Union in response to U.S. import taxes.

“A Harley-Davidson should never be built in another country — never!” President Donald Trump tweeted “Their employees and customers are already very angry at them. If they move, watch, it will be the beginning of the end.”

Back in February, things were very different. At a meeting with executives at the White House, Trump praised Harley-Davidson for being “a true American icon, one of the greats,” and thanked them “for building things in America.”

As an international relations expert who focuses on trade disputes, Trump’s anger at Harley’s announcement is understandable. He wants to promote Harley-Davidson for his “America First” agenda. The goal of this approach is to protect and create American manufacturing jobs. With Harley taking the production of its EU-bound bikes abroad, this does not look like a success for Trump.

But this got me to thinking, in a world that depends on global supply chains, what makes a product truly “made in America”? Is a Harley really an all-American bike? Who even cares?

What "made in America" means

For consumers hoping to figure out if a product is made in the U.S., it’s trickier than you’d think.

Products like American soybeans or corn are pretty clear-cut: They are grown and harvested in the U.S. by American farmers, in states like North Dakota and Iowa. The only inputs are seeds, land, fertilizer and water – all of which are easily found in the U.S.

“American-made” clothing, on the other hand, becomes more ambiguous. Even when a garment is sewn in a factory in New York or Los Angeles, earning it its “Made in USA” tag, the fabric or thread may have been spun in Bangladesh or India with American-grown cotton.

The Federal Trade Commission has a 40-page document that thoroughly explains what makes an item “Made in USA.” Basically, to earn that designation, a product has to be “all or virtually all” made in a U.S. state or territory. Only automobiles, textiles, fur and wool must disclose their U.S. content at the point of sale. Other products may use the tag as long as they follow the guidelines.

The parts that comprise “American-made” motorcycles and cars have been shuttled back and forth over North American borders ever since the North American Free Trade Agreement was signed in 1993. American auto manufacturers like Ford and Chevrolet depend on parts from Mexico and the EU and often assemble their cars in Canada.

In 1994, Congress passed the American Automotive Labeling Act, requiring automakers to reveal the share of the parts that came from the U.S. or Canada, the country of assembly, and the engine and transmission’s country of origin. The aim was to encourage more patriotic consumerism on the premise that Americans would buy more of a product if they knew it was produced domestically.

American University business professor Frank DuBois describes some of this data as misleading because it doesn’t break down what share of the parts came from the U.S. versus Canada. He created the 2016 Kogod Made in America Auto Index to track this and other information to come up with a more accurate indicator of how much of a car benefits the U.S. economy. His results reveal the fine line between foreign and domestic.

For instance, Japanese carmaker Toyota assembled its 2017 Camry in the U.S. with an American-made engine and transmission. Three-quarters of the parts came from either the U.S. or Canada, giving it a “total domestic content” score of 78.5 percent. Similarly, Tokyo-based Honda built its Accord in the U.S. with an American engine, Japanese transmission and 80 percent U.S. or Canadian parts, giving it a score of 81 percent.

General Motors’ Chevy Volt, on other hand, contains only 63 percent domestic content and half its parts are from outside the U.S. or Canada, even though its engine is American. The Ford Fusion is even lower: It has a U.K.-built engine, and only a quarter of its parts were made in the U.S. or Canada.

As for Harley-Davidson motorcycles, they may be considered classic Americana, but the components of the bikes themselves come from many places outside the U.S., just like in the auto industry.

Harleys sold in the U.S. are indeed assembled in one of four plants located in Wisconsin, Missouri and Pennsylvania. But the brakes and clutch are imported from Italy, the engine pistons are made in Austria, the bike suspension comes from Japan, and other electronic components originate in Mexico and China.

While Harley-Davidson claims it attempts to use as many American parts as it can, the company is sometimes forced to go abroad to find the right parts in terms of cost and comparable quality.

As for its plan to avoid the EU counter-sanctions, Harley plans to shift some production of bikes intended for European markets to facilities in other countries such as Thailand, where it’s building a new factory.

But that won’t actually change anything for American consumers, no matter what Trump says. In other words, Harleys that Americans buy after its plans go into effect will still be as American as they were a year ago. And all the profits Harley makes will continue to flow to the U.S.

So back to our original question, what does it really mean to be “made in America”?

Since the 1980s, U.S. companies have been using this label in their advertising to push back against foreign competition as global production expanded into Asia and elsewhere. In this era of “America First,” the Trump administration has doubled down on this branding.

But the truth is it makes little sense. Nor does attacking a U.S. company for moving some of its production – production intended for overseas markets and customers – to another country.

In 2013 political scientist Mike Allison and I wrote an article that showed how the meaning of “domestic” can be very expansive. In the 1990s, for example, the U.S. filed a complaint with the World Trade Organization against the EU for quotas it set on bananas from Latin America.

None of the products in the dispute were made in the U.S. or Europe, but two of the biggest growers of bananas — Chiquita and Fyffes — were headquartered in the U.S. and the U.K. respectively. Essentially, both the Clinton and first Bush administrations — as well as officials in the EU — fought over bananas made elsewhere because they figured corporate profits supported by a product mattered more than where it was made.

Furthermore, consumers also look at other things besides where the product is made. In a 2017 poll, 69 percent of Americans surveyed said price is “very important” in considering the purchase of a product. Only 32 percent said not bearing a made in the U.S. label was a dealbreaker.

So the problem with Trump’s tariff push is that other things matter more than where something is made. And companies will do what they have to do to stay competitive, even if it means moving overseas.

Other companies in different industries will likely follow. While Trump may be following a hard line with tariffs against U.S. competitors, Americans will likely see negative effects from that move, either in the form of jobs being shipped overseas or prices rising due to reciprocal tariffs.