With robotic milking systems, the cows run the show 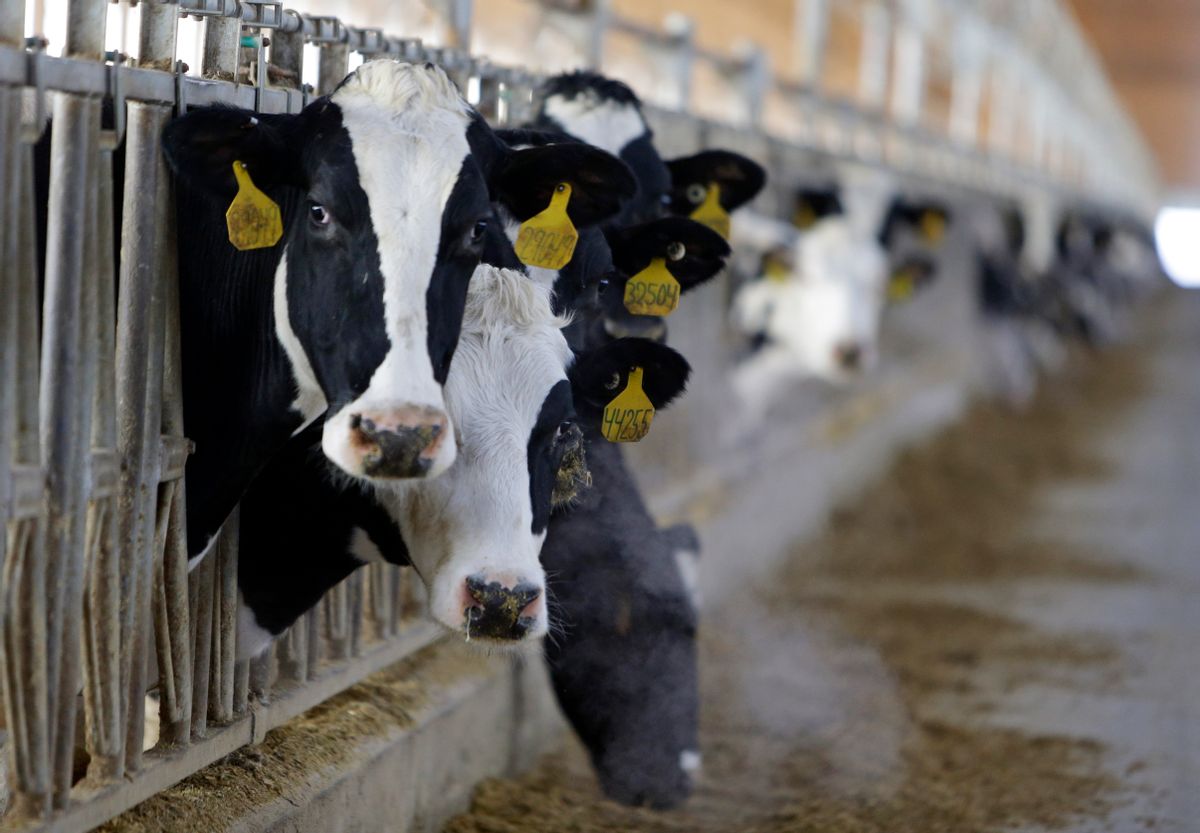 In the mid-1970s, the average American dairy farm had about 25 cows. Today, many operations have more than 3,000 — a number that was almost unheard of 25 years ago.

The most recent major technological advance influencing the U.S. dairy industry is the development of automatic milking systems — or “robotic” milkers.

At the University of Connecticut’s Kellogg Dairy Center, we’re using robotic milkers as well as other sensors to monitor 100 cows and their physical environment. Through this work, launched this spring, we hope to monitor individual cow’s behavior and health in real time to improve production efficiency and animal well-being.

Robotic milkers can harvest milk without human involvement. In fact, the cows decide when to be milked, entering the machine without direct human supervision. The robotic system automatically identifies the cow and applies a sanitizing teat spray before a robotic arm attaches the teat cup for milking.

Given the high price of early versions of the robotic milkers and the large size of U.S. herds, American dairies had minimal interest in robotic milkers before 2010. However, the number of automatic milking systems in the country increased to over 2,500 units in 2013, mainly due to improvements in design in the newer models. Worldwide, there are currently over 35,000 automatic milking systems in operation.

Not only have these newer machines improved in harvesting milk efficiently, they have the added ability to collect a greater amount of information about production, milk composition and cow behavior. That allows producers to make more informed management decisions.

With robotic milking systems, the cows run the show. They decide when to eat, ruminate, rest or be milked. They also need to spend less than an hour per day actually being milked; before robotic milkers, milking often took up three to five hours per day.

We wanted to know: What are they doing with the rest of their day? How does that behavior affect production or serve to indicate health status? By themselves, the milking units can’t gather that kind of information, which would be very useful in finding out early on whether a particular cow is developing a health problem.

Our “cow-CPS” — a cyber-physical system that includes the cows, robotic milkers, video cameras and other sensors — will track data on our cows at all times. That will tell us, among other things, where the cows go when not being milked; when they decide to eat, rest or do other activities; and the composition of their milk. Sensors placed inside the body will even tell us the pH inside one of their stomachs, which could be a key indicator of any digestive problems.

We hope that all of this data will allow us to make timely decisions at the level of the individual cow, something that’s not easy to do in large herds. This “precision dairying” could help us understand how an individual cow’s activities — eating, standing, resting, milking — affects her milk production, milk quality and health.

We plan to analyze the data with the help of machine learning, a type of artificial intelligence that can find patterns in large amounts of information. The computer will compare the data against a model of how the dairy should operate under ideal conditions. Our model captures critical performance characteristics — milk quality and productivity — as well as relevant constraints, such as individual health and reproductive status.

As the dairy operates, the real-time data will allow us to assess how far away our real farm is from the ideal one. We can then combine this information with a mathematical optimization algorithm to determine how exactly we should modify or adjust the process. For example, the algorithm may suggest adjusting the type of teat drip, the nutritional content of the feed or the amount of time each cow spends feeding.

We hope that our work will allow dairy farmers across the U.S. to better manage individual cows in a group setting – not only to improve milk production, but to bolster cow health.