People are rightfully freaking out over the invasive plant that is popping up in U.S. states 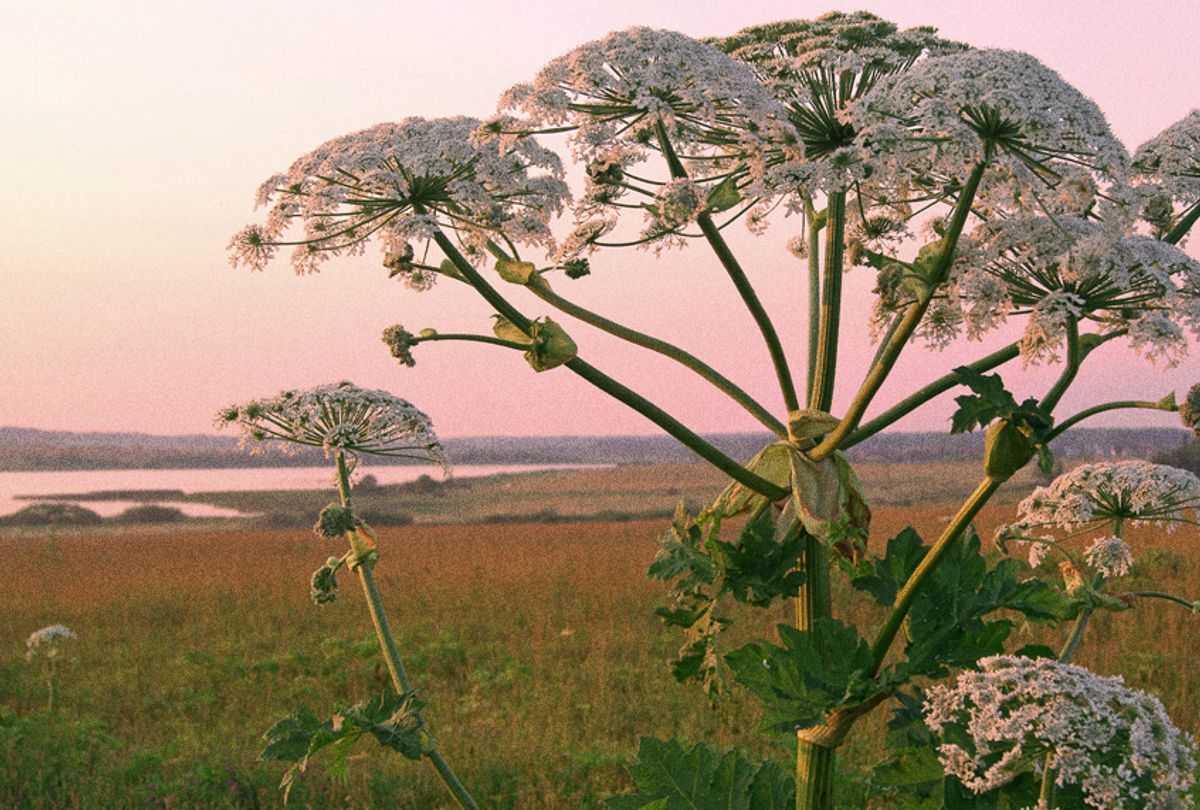 In the last few weeks, headlines have surfaced advising Americans to stay away from a plant that can cause severe burns or blindness. “‘Don’t touch it’: Invasive plant with sap that can cause blindness found in Virginia,” the Washington Post warned. “A Giant Plant That Can Cause Blindness Was Spotted for the First Time in a New State,” Time cautioned.

It sounds like it could be mistaken for the beginning of a horror film—or kitschy science fiction at best—but no, it is just another day of summer 2018.

Yes, it is alarming to come across such news, and for those who pay attention to mythology, one could easily jump to the conclusion that the Earth is finally standing up to humanity’s abuse (in the form of a killer plant). According to experts, though, the plant known as the Giant Hogweed is just another result of human error, as it is an invasive species after all.

“Humans are the worst culprits in spreading invasive species and because we're getting around more often and quicker, we are spreading invasive species quicker,” Tina Marie Cade, a professor at Texas State University-San Marcos in the Department of Agriculture, told Salon. “This has a lot of repercussions to their spread, including direct and indirect threats to both humans and wildlife.”

News appeared in the aforementioned publications when Virginia Tech scientists identified the plant for the first time in the state of Virginia. According to the United States Department of Agriculture, the Giant Hogweed—whose scientific name is Heracleum mantegazzianum—had already been identified in handful of states, including Oregon, Washington and Illinois. People wondered if there were more to be found in Virginia, but scientists say it is unlikely.

“It’s a dangerous plant but I’m not overly concerned about it,” said Virginia Tech’s Michael Flessner, an assistant professor and extension weed science specialist, in a statement. “This seems to be an isolated incident.”

Scientists added they believe the plant was intentionally planted “decades ago” and hasn’t spread since.

According to the Virginia Department of Conservation and Recreation, Division of Natural Heritage, these plants do pose a serious threat to humans, though.

“Giant hogweed poses a serious human health hazard because it exudes a clear watery sap containing photosensitizing agents,” the department explains on its website. “Skin contact with the sap, combined with exposure to sunlight, can cause severe burns and blistering.”

As part of the parsnip family, the weed can grow six to nine feet tall, turning into a real plant monster.

“The stem is hollow, two to four inches in diameter, with dark reddish-purple spots and bristles,” the department states. “The leaves are deeply incised and may grow to a width of up to five feet. Flowers are white and clustered into a large, compound umbel up to two and a half feet wide.”

Unfortunately, this is not the first time the weed has made headlines. In 1970 in London, where the plant has also also been spotted, two children were burned by it, according to the Guardian.

Due to its size, Cade said, it is an easy plant to warn humans about.

“It's also literally a giant plant, so it's much easier to identify compared the something like Poison Ivy, which causes similar reactions (though not as bad with some people) but is much more widespread,” she said.

Cade said there have been other stories in the past like that of the Hogweed—like the Kudzu.

“Kudzu was introduced by the Soil Conservation Service as an ornamental and to hold soil/protect from erosion,” she said. “However, some refer to it now as ‘the vine that ate the South’ because it can reportedly grow as much as six feet in one day.”

While it doesn't cause harm to humans, it can push out native plants and change the ecosystem, she explained.

And then there are fire ants, which are also an invasive species.

“They were brought into Mobile, Alabama, on a ship in the 1930s,” Cade explained. “They not only bite us, but they've attacked some native wildlife to the brink of extinction.”

As for the Giant Hogweed, it is reportedly native to Southwestern Asia. In Virginia, the Virginia Cooperative Extension is working with the property owner to obliterate it. Still, it is unclear where the next one will appear.