Kavanaugh has argued that a president can't be indicted, pleasing Trump, but anti-choice activists aren't happy 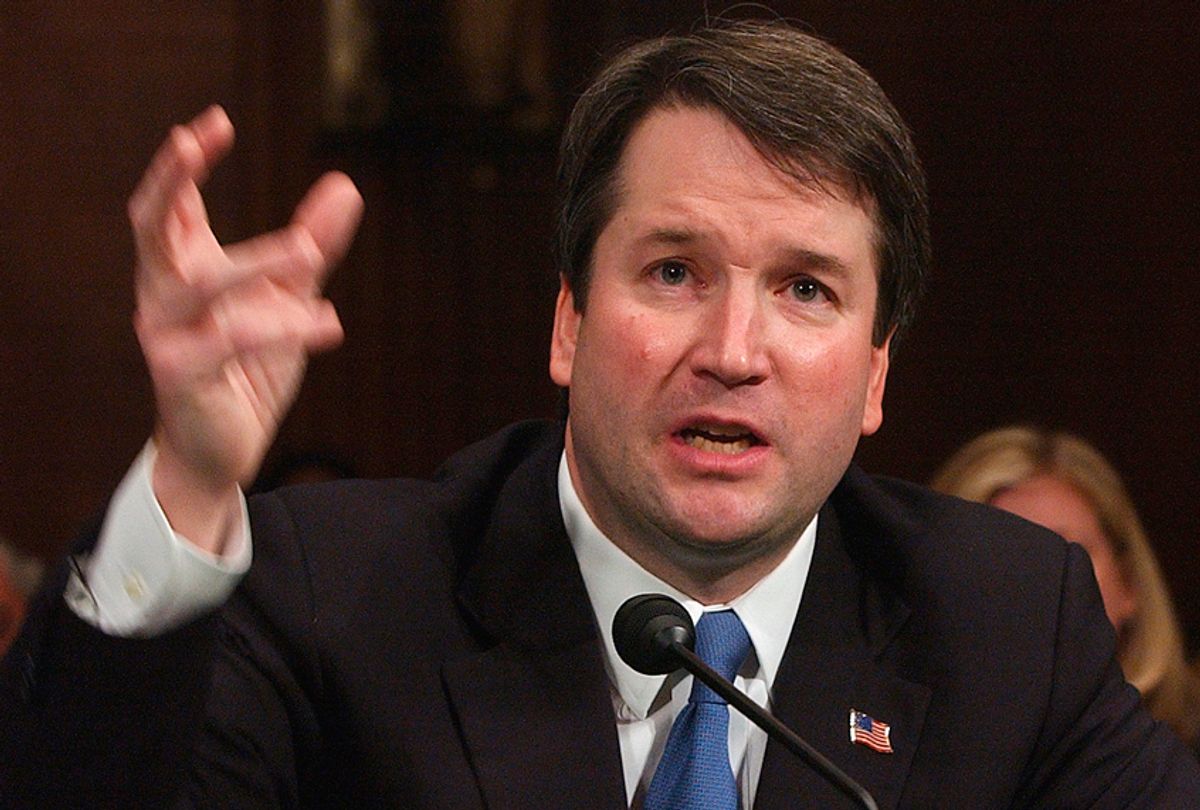 Thirty-three million people tuned in back in January 2017 to watch President Donald Trump announce his first Supreme Court nominee, Neil Gorsuch, who filled the seat Senate Republicans had held open for almost a year. On Monday evening, with all the hubbub of an “Apprentice” season finale, Trump announced his second Supreme Court nominee, replacing the retiring Justice Anthony Kennedy. It's Brett Kavanaugh, a judge on the Court of Appeals for the District of Columbia Circuit Court.

The 53-year-old Kavanaugh is a graduate of Yale Law School, like several justices on the current court, but also has a long history as a Republican political operative. Like Gorsuch, he attended Georgetown Prep, an elite high school in Washington. He went to Yale both as an undergraduate and for law school, and spent two years as a clerk for Justice Kennedy, whose seat he will now fill if confirmed. Kavanaugh then worked in the George W. Bush White House before being confirmed to his current position on the D.C. circuit court in 2006. He served as both White House staff secretary and an associate White House counsel. His wife Ashley was President Bush’s secretary from 1996 to 2004.

Kavanaugh had previously worked on the impeachment investigation of President Clinton, and helped write Ken Starr’s report to Congress that outlined a case for impeaching Clinton.

“The President misled his Cabinet and his senior aides by denying the relationship to them,” the report read. “The Cabinet and senior aides in turn misled the American people and the Congress by conveying the President's denials and professing their belief in the credibility of those denials.”

Kavanaugh followed that up with a 2009 article warning against indicting a sitting president, arguing that it would “cripple” the federal government and “would ill serve the public interest, especially in times of financial or national security crisis.” According to CBS News, Trump ultimately picked Kavanaugh in large part because of his opinion on executive power and discretion. He was also reportedly a top choice for White House counsel Don McGahn, who led the selection process and is also a Bush administration alumnus.

Still, despite Kavanaugh's clear Republican record and his opinions about presidential accountability while in office, some conservative activists have already signaled some unhappiness with his nomination. Pointing to several recent opinions in high-profile cases, they have argued that Kavanaugh is insufficiently right-wing.

In a 2011 opinion, he suggested that the Affordable Care Act's individual mandate could be made a “tax,” the same logic Chief Justice John Roberts used in a 2012 Supreme Court ruling that uphold the law, angering Republicans. In a 2017 dissent, Kavanaugh wrote that the majority, which ruled to allow an unaccompanied immigrant minor to get an abortion, had “badly erred” and opened the door to “abortion on demand.”As anti-choice activists noted, however, Kavanaugh did not say that the young women actually had no right to an abortion.

"The pro-lifers aren't thrilled,” one senior White House official who has been contacted by one of the groups told ABC News. "It will matter to the president if the pro-lifers object."

Another source close to the selection process told ABC News that anti-choice groups believe Kavanaugh may not have "the backbone to stand up for conservative issues."