A conservative pundit challenges a sports journalist to debate-on-demand, and Hill shuts it down with 4 words 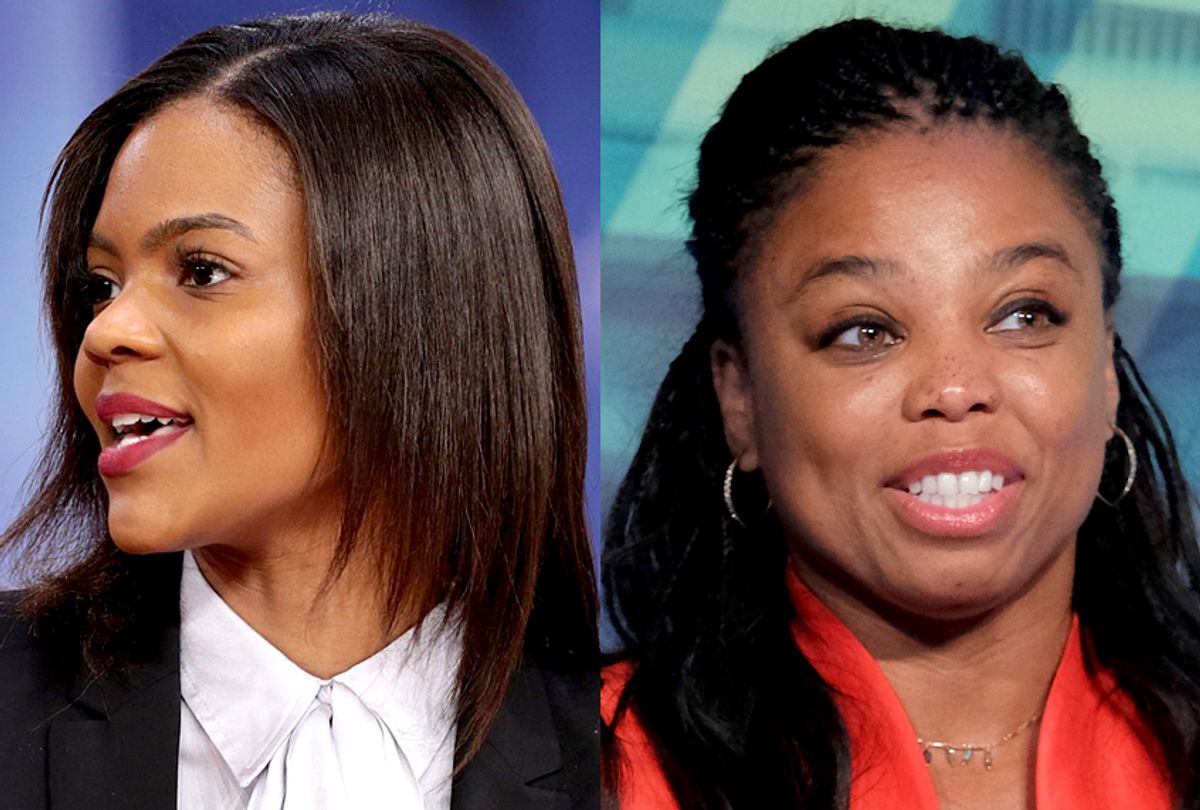 Owen's challenge came from a portion of Hill's thread where she tweeted, "Black ppl just hate racism. That’s it. And really that’s the only reason we’ve been labeled as liberal. Some people have turned racism into a political issue when it’s a moral one."

“All people hate racism." Owens responded, "Haven’t met a single white person that loves being called a cracker, or a Spanish person that prefers being referred to as a sp*c.”

“With all due respect," Hill fired back, "all people do not hate racism.”

"Racism is profitable and worse, comfortable. Showing a disdain for slurs is about appearing polite," she added. "I’ll be far more impressed when that energy is used to dismantle systems created to crush marginalized peoples."

Owens semi-agreed, and then offered to discuss this with Hill on "The Rubin Report," a YouTube talk show.

This seems like a long-winded way to admit that you don’t possess the intellect to back up your assertions.

This seems to be the case for all people that chirp the loudest about how racist America is.

Hill made headlines last year for tweeting, “Donald Trump is a white supremacist who has largely surrounded himself w/ other white supremacists.” She followed with a series of other tweets explaining her claim.

As a result, Hill was suspended from her anchor role at "SportsCenter." When the smoke cleared, she left that post for the company's more progressive site, The Undefeated, releasing this statement:

Candace Owens first went viral with her Red Pill Black theory and website, where she attempts to convince fellow African-Americans to vote for conservative candidates.

"Well, with black Americans," Owens explained on Fox News, "I mean, the main issue is that we keep voting Democrat and expecting different results, and in every major city where democrats are running like Chicago, it’s a complete mess."

Her pitch resonates with the MAGA hat crowd — at least those with cable TV, as she frequently appears on Fox News — but like many of her hard-right colleagues, Owens offers no solutions for African-Americans or America in general, outside of blaming Democrats for all of the problems that exist in our country. Have Democrats fumbled the ball too many times? Absolutely. But the alternative in my life has been one guy who invaded the wrong country, causing thousands of senseless deaths, many of whom were our own troops, and a guy who thinks sexually assaulting women is cute, calls countries with majority black populations "sh*t holes" and is being investigated for possible campaign ties to Russia, just to scratch the surface.

READ MORE: “Strangers on a plane” Twitter story: Not a rom-com

One side is a broken arm and the other is a broken neck; it’s not as simple as "libs are bad so Republicans must be good."

Though Hill declined Owens' offer, she actually won the debate. Jay-Z has a line in his song, “Streets is Watching,” that goes, “Look, if I shoot you, I'm brainless / But if you shoot me, then you're famous” That’s the exact position Hill is in. What can she gain from exchanging ideas with Owens? Of course I — along with hundreds of thousands of people on Twitter — would love to see Hill smash Owens in a debate. Hill’s a respected journalist who uses logic and facts to back up her claims. There's little Owens, who has never made any valid political points in my opinion, can say to discredit Hill's tweet or bring anything meaningful to the conversation. Instead of responding with facts, Owens immediately took a shot at Hill's intellect instead. Sounds similar to the guy in the White House who loves to elevate his IQ while labeling others as unintelligent, always forgetting to prove what makes him so smart outside of flawed self perception.

Here's a thought for Owens: you don't need Hill to make your claim. She works in sports, doesn't stump for Democrats and isn't a party mascot like you. Your following isn't as big as Hill's, but you do have a following, so just continue to develop your pitch, stop trying to attack the intellect of people who disagree with you, engage with news outlets outside of Fox News and maybe you'll be more effective.