Facebook representatives "struggled" to explain why they were cool with Alex Jones, according to a CNN report 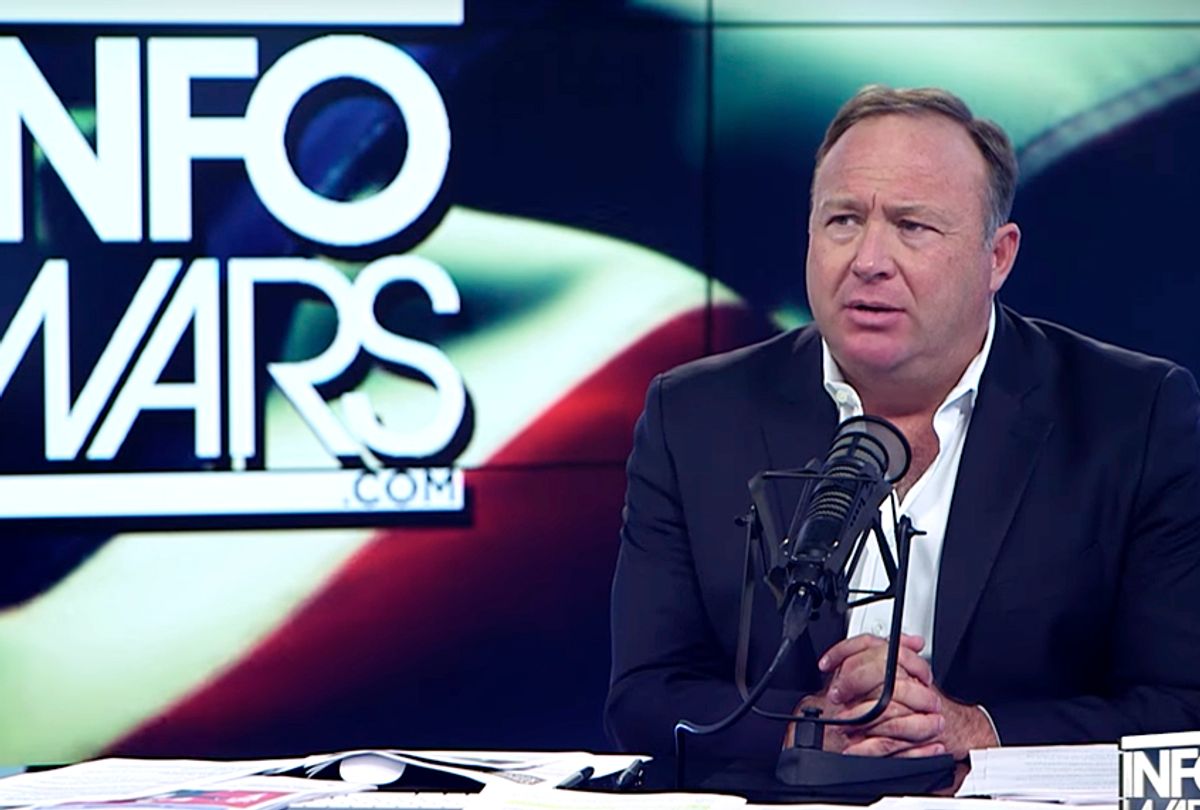 On Wednesday, Facebook hosted a “Fighting Fake News on Facebook” session where reporters were able to ask questions — and they didn’t hold back.

According to CNN, after the presentation, John Hegeman, the head of Facebook's News Feed, and Sara Su, a Facebook product specialist for News Feed, “struggled” to explain why the tech company continues to allow Alex Jones' media outlet, Infowars. to have a page on the platform. Facebook claims  to be focused on curbing the distribution of false information, and Infowars has been implicated in the spread of blatantly false or wildly improbable conspiracy theories on many occasions.

When asked by this reporter how the company could claim it was serious about tackling the problem of misinformation online while simultaneously allowing InfoWars to maintain a page with nearly one million followers on its website, Hegeman said that the company does not "take down false news."

"I guess just for being false that doesn't violate the community standards," Hegeman said, explaining that InfoWars has "not violated something that would result in them being taken down."

Hegeman added, "I think part of the fundamental thing here is that we created Facebook to be a place where different people can have a voice. And different publishers have very different points of view."…

Pressed for more answers on its position on InfoWars, Su said at the event that Facebook has thus far chosen to focus on tackling posts on its platform that can be proven beyond a doubt to be demonstrably false.

"There's a ton of stuff -- conspiracy theories, misleading claims, cherry picking -- that we know can be really problematic and it bugs me too," Su said. "But we need to figure out a way to really define that in a clear way, and then figure out what our policy and our product positions are about that."

As many Salon readers will already know, Infowars is not your average right-wing publication. It is known for disseminating outlandish  conspiracy theories — for example, the false narrative that no children were actually killed in the massacre at Sandy Hook Elementary School in Connecticut, and that their parents were “crisis actors.” Those parents have since filed defamation lawsuits against Jones in Austin, Texas, where Infowars is based.

"We work hard to find the right balance between encouraging free expression and promoting a safe and authentic community, and we believe that down-ranking inauthentic content strikes that balance," she told CNN. "In other words, we allow people to post it as a form of expression, but we're not going to show it at the top of News Feed."

Svensson added: "That said: while sharing fake news doesn't violate our Community Standards set of policies, we do have strategies in place to deal with actors who repeatedly share false news. If content from a Page or domain is repeatedly given a 'false' rating from our third-party fact-checkers ... we remove their monetization and advertising privileges to cut off financial incentives, and dramatically reduce the distribution of all of their Page-level or domain-level content on Facebook."

David Snyder, executive director of the First Amendment Coalition, explained to Salon by email that this situation “perfectly encapsulates the tricky spot Facebook finds itself in right now.”

“On one hand, it does not want to be seen to be arbitrary or partisan about removing content or banning accounts,” Snyder said. “On the other, it faces enormous political and market pressure to do something about the spread of so-called fake news, which most everyone now recognizes poses a threat to the very fabric of our democracy.

“In order to thread that needle, they have to try to formulate clear and objective guidelines -- and to be transparent about doing so -- that maximize free expression while also policing expression deemed to be unacceptable,” Snyder added. “In other words, they are in a position of having to make calls about what is ‘acceptable’ and what is not, and as the courts and newspapers have known for centuries now, those kinds of decisions rarely please everyone, and often anger more people than they please.”

The Denver Post’s former editorial page editor on why he stepped down.