There could be a silver lining: Kavanaugh's "originalist" philosophy might mean the end of Citizens United 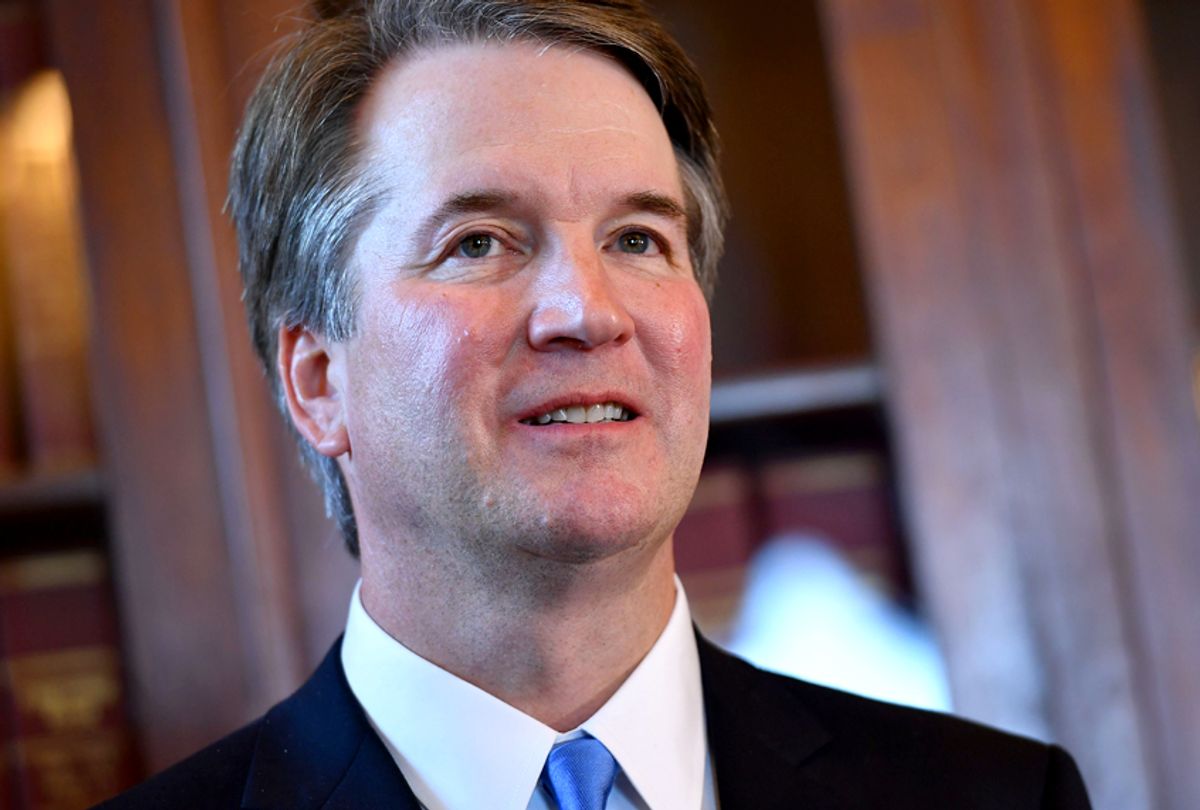 Judge Brett Kavanaugh, President Trump’s nominee to replace retiring swing justice Anthony Kennedy on the Supreme Court, is a conservative jurist who will interpret the United States Constitution consistent with the original understanding of various provisions when they were adopted. Many on both sides of the aisle are now bracing for the major changes that may come with the replacement of a flexible swing justice with a solid originalist. But while it is certain that changes are coming, don’t bet the farm that all of the changes will be ones that establishment Republicans favor as a policy matter.

The reason: Sometimes a principled original understanding of the Constitution will lead to what can be considered a “liberal” outcome. Indeed, the late Justice Antonin Scalia — the intellectual godfather of originalism — used his originalist principles to reach so many liberal outcomes that an entire book was published of Scalia’s “liberal opinions.”

So in what areas might we see unexpected liberal outcomes in the next several years, assuming Kavanaugh replaces Justice Kennedy? The most obvious candidate is criminal procedure. Kennedy frequently sided with the government in criminal cases. But because the Bill of Rights provides substantial procedural protections for criminal defendants, Kavanaugh may swing “left” and join liberals in decisions that expand the rights of defendants to cross-examine witnesses, receive due process or be free from searches and seizures — much as Justice Scalia did.

Trump’s first confirmed Justice, Neil Gorsuch, has already shown glimpses of this tendency. In Dimaya v. Sessions, he joined the four more liberal justices in a decision striking down a law the government was trying to use to deport a resident alien. He held that the law was hopelessly vague and, to explain why, his opinion went back to the “customary procedures to which freemen were entitled by the old law of England” and found that the modern law did not meet the framers’ original standard.

A few months later, in an important digital privacy case, Gorsuch openly invited criminal defendants to bring to the Supreme Court an originalist theory for why much digital data should be off limits from warrantless searches by the government. Though it’s doubtful Kavanaugh will turn into a champion of the rights of criminal defendants, it’s possible we’ll see some liberal twists in this area.

Campaign finance regulation is another area where the addition of another originalist potentially could take the Court to unexpected places. Kennedy, who was not an originalist, was among the most strident opponents of the government’s ability to place any limits on campaign spending or donations. His theories on campaign finance peaked in his famous — or infamous — opinion in Citizens United. Lower courts soon began to cite Citizens United to issue decisions that have opened the floodgates to nearly unlimited campaign spending.

The primary reason for this explosion of money in politics is that Kennedy’s opinion in that case was so un-originalist. Kennedy thought the government’s only interest in preventing corruption of politicians was in preventing outright bribes, but in fact our Framers had a broader understanding of corruption that would allow the government to prohibit certain troubling financial arrangements that render our politicians depend on narrow special interests instead of the broad public. Perhaps a professed originalist justice like Kavanaugh will adopt that understanding and limit Citizens United’s crabbed view of corruption.

In Alaska, of all places, there is now a case making its way up that will give Trump’s new justices a chance to do just that. In fact, the Alaska court will even hear expert testimony from a leading historian about all the many flavors of corruption and improper dependence that the framers of the Constitution were trying to prevent. The case will take years to get to the Supreme Court, but that is just the kind of evidence that might convince a principled originalist to reach an outcome that would be unexpected to some.

I don’t mean to give anyone on the left false hope for this new Court, nor do I wish to dampen the enthusiasm of anyone who is looking forward to a Supreme Court that will likely narrow abortion rights, limit affirmative action, curb class actions and more. But principled originalists are not party-line voters, and the addition of another originalist to the Supreme Court could bring with it some unexpected twists and turns.

Only time will tell whether those twists will lead to a renaissance in the rights of criminal defendants or a new theory for regulating campaign spending. But for those hoping to see those changes, the retirement of Justice Kennedy opens up only one viable type of argument — and, ironically, that argument leads us back to 1789 and into the hearts and minds of the originalists on the Supreme Court.

How your vote is bought