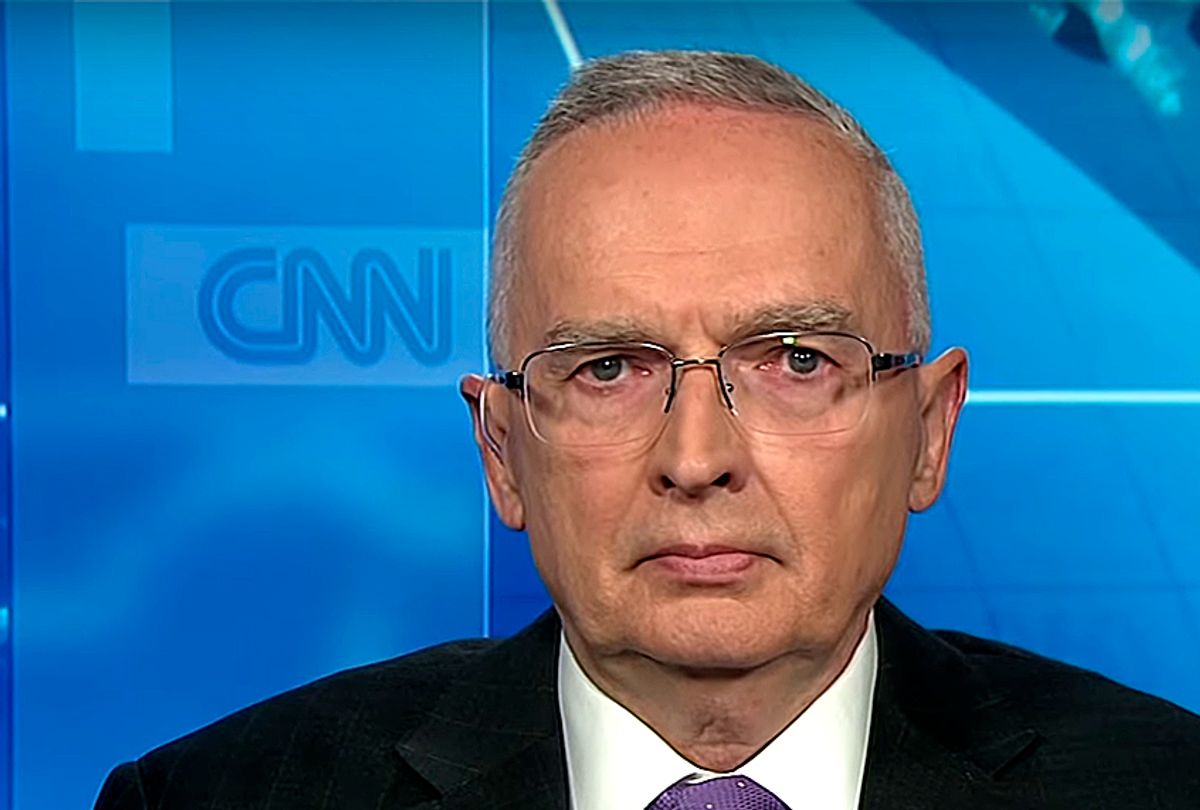 While many people have argued that President Donald Trump has some sort of nefarious connection to Russia and President Vladimir Putin by citing historical linkages between the president and foreign power, retired Lt. Colonel Ralph Peters argued Wednesday night that the connection can be made just by considering Trump's present actions.

This pattern has become even clearer in recent days, as Trump doubles down on his attacks on NATO while preparing to meet with Putin in Helsinki.

"It's another issue, but to me, I just think the Russians have the goods on this guy, and that's the only explanation I can come up with," Peters said. "But in the meantime, we are faced with real damage, real immediate and perhaps some irreparable damage to this greatest of alliances, NATO. And it was fascinating to me today to watch Angela Merkel and Macron dealing with Trump. It was like watching psychiatrists patiently deal with a disturbed child. trump — my god, he is not only shaming our nation, he is doing real damage to our security, to our interests and to our allies."

He added: "And Vladimir Putin could not be happier."