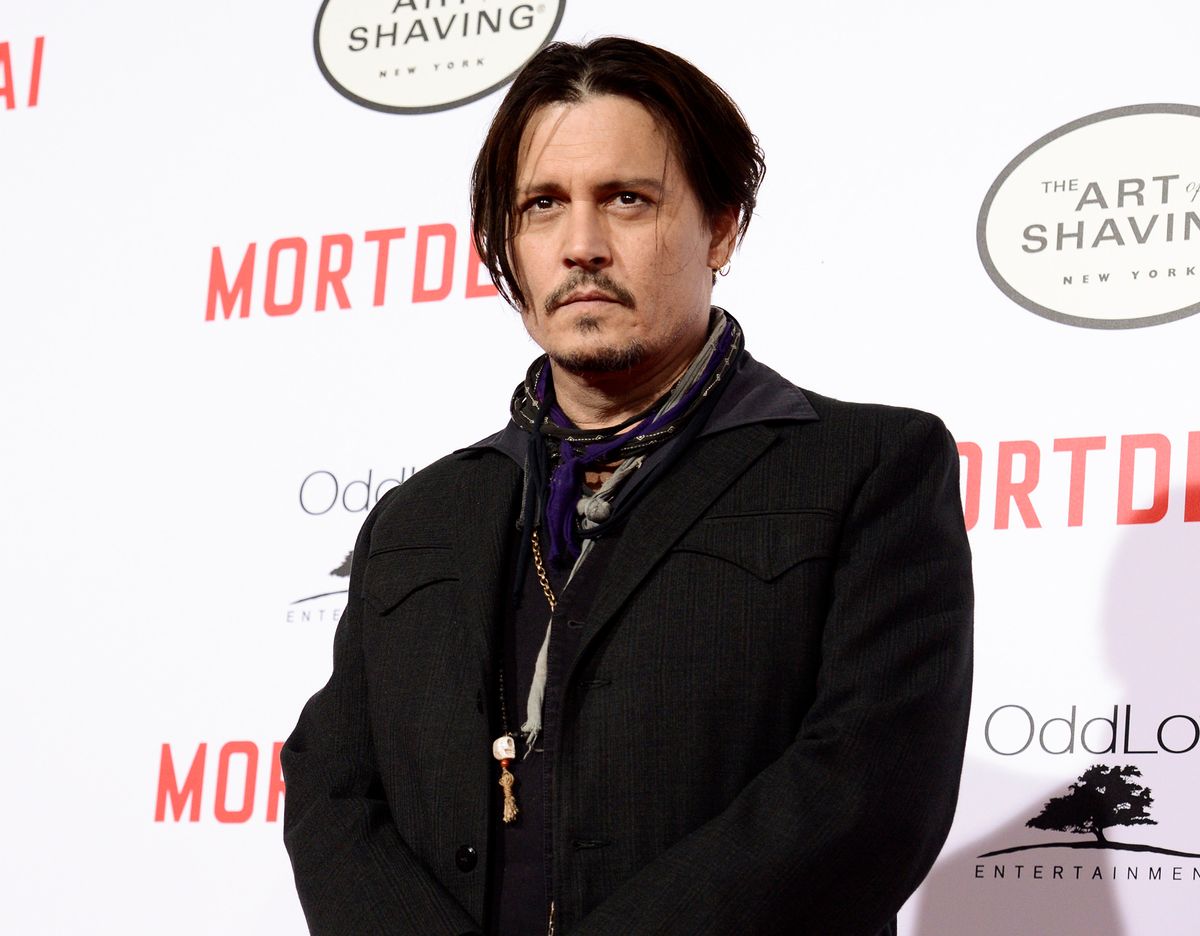 This week’s lawsuit against Johnny Depp, which alleges he physically assaulted location manager Gregg “Rocky” Brooks on the set of “City of Lies,” is another entry in what is becoming a familiar narrative of the out-of-control and under-the-influence Hollywood star. A recent Rolling Stone profile drew a detailed portrait of Depp as being holed up in a mansion surrounded only by the employees who protect him from himself.

Depp’s profession — the source of income he desperately needs after burning through $650 million (either through corrupt management, or an excessive lifestyle; that’s a different lawsuit) — requires he leave that protective bubble. However, Brooks’ suit  reveals how Hollywood productions can enable powerful men to be abusive, while taking extreme measures to protect them from legal or public consequences.

The suit also names director Brad Furman, producer Miriam Segal, Segal’s Good Film Productions and Depp’s Infinitum Hill as defendants. When the story of the incident first broke in May, Furman called Depp “a consummate professional” and said the incident was overblown. “[Depp] always treats the crew and people around him with the utmost respect,” said Furman in a statement given to the New York Post. “Movies can be stressful, and nonevents often become exaggerated. We all love stories — there isn’t one here.”

Read more IndieWire: ‘Black Widow’ Will Be Directed by Cate Shortland, the Latest Indie Filmmaker to Join the Realm of Superheroes

Given that film production is comprised of freelancers dependent on relationships and recommendations to get their next jobs, it’s nearly impossible to imagine filing a frivolous lawsuit against a movie’s star, director, and producer over an incident that unfolded in front of the crew. That said: Table the assault accusation and leave it for the courts to settle. The circumstances surrounding this incident, which include Segal firing Brooks after trying to get him to write and sign a declaration stating that he would not sue the production, are enough to damn a system that coddles important players into behaving like spoiled children who never receive a time out.

Furman is on the sidelines since Depp wanted, according the Brooks’ complaint (embedded below), “to direct two friends in an expanded version of the scene previously scheduled for the day.” To accommodate the producer-star, Brooks contacted the Los Angeles Film Office (Film LA) twice to request extensions on their shooting permit. Both were granted, but the second came with a firm 11pm cutoff.

At 10:50pm, Brooks told the assistant director time was running out. Furman interjected: “Why don’t you tell that to Johnny Depp!” When Brooks then informed Depp that this had to be the last shot, Depp greeted him with, “Who the fuck are you? You have no right to tell me what to do!”

Abrasive language aside, Who are you, and what gives you the right? are actually legitimate questions considering the highly unorthodox circumstances:

(A) The allegedly drunk star-turned-director-for-the-day is told he can’t do something by
(B) a location manager who is
(C) doing the jobs of the assistant director and producer.

At this point, it’s important to consider the role of a location manager. Finding the location that meets the filmmakers’ creative needs is only the first step; the locations department must bring the location in on budget, secure signed contracts that detail exactly what can be done to the space, establish liability, and manage neighbor relations — knocking on doors, making donations to the local schools, whatever it takes to ensure production doesn’t face a hostile environment.

There are also logistical matters that include securing shooting permits and parking permits, establishing where lights can be mounted, how the art department can alter the location, street closures, lining up on-set police, and determining where the crew will eat, go to the bathroom and throw away their trash. When it’s all over, they must ensure the location is returned to its original state.

These demands require location managers to work closely with the unit production manager, line producer, and AD department to build the schedule. The AD is the field general who carries out the schedule, with the backing of the producer and UPM.

However, the lawsuit presents a bizarre scenario: No one was willing to approach Depp with the simple fact that they were about to lose the location. As Furman’s “You tell him” would indicate, the situation was likely to be volatile with Depp, who, according to multiple sources, had been drinking and smoking all day. This is something Brooks must have sensed, stating in his lawsuit that he tried to find the on-set LAPD officer, Jim “Big” Rigg, “to get his assistance in relaying the message to Depp.”

Delivering unwelcome information is something ADs do dozens of times a day, without police protection; if there’s a problem, the producer steps in. Yet the leadership of this film chose to abdicate their responsibility out of fear, which proved well founded. However, for Brooks his reputation was more important. He’s the one who filed for permits with the city, coordinated with the police, had the road closed, and struck a deal with the location, and it’s the reputation he would trade on for dozens of jobs after this one. So, he drew up his courage and told Depp, “No.”

And when Depp lost it — which, according to Brooks’ lawsuit and backed by multiple crew members in the Post story, included punching him in the torso and screaming, “I will give you $100,000 to punch me in the face right now!” — the only people willing to intercede were the bodyguards that Depp employs to protect him from himself.

Making no excuses for Depp, this doesn’t happen in a vacuum. Production is a top-down hierarchy. The tone is set by the director, the lead producer, the showrunner, the person driving the train. (Try to imagine this behavior on an Ava DuVernay shoot.)

Built into the jobs of hundreds of people who work on major productions is catering to every whim of high-priced talent. If a tantrum, complaint, or incident lands on a producer’s desk, it’s sign of failure. It goes beyond securing the right hotel room, meal, or seat on the airplane; it’s about an unspoken belief that the stars’ needs are the productions.

There is still a lingering question in the fallout of #MeToo and Harvey Weinstein of how so many got away with their actions for so long and how it prevent it. While there is no easy answer, one part lies in the enabling culture of production, and Brooks’ lawsuit is a small peek into how it operates.

Gregg Brooks’ lawsuit, which was obtained by Variety’s Gene Maddus, can be read below:

Depp Punch by gmaddaus on Scribd