This wholesome zucchini bread will inspire you to seize the day

Make your morning glorious with a zucchini bread that has hearty, nourishing ingredients 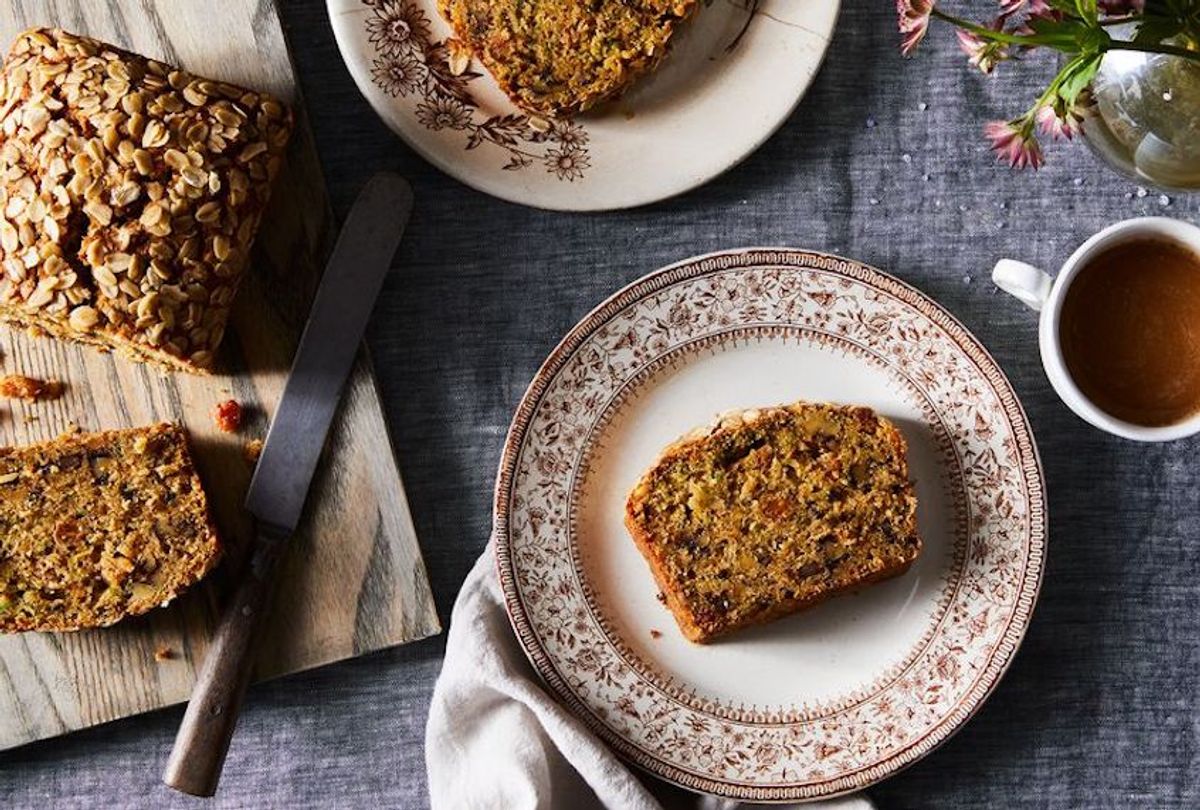 I ate a lot of vegetable-stuffed, bran-speckled, nut-studded morning glory muffins as a child, which helps explain how 20-something years later we ended up here, with me picking on poor zucchini bread like it was out to hurt someone.

It’s not that I don’t like zucchini bread. I just have a few, you know, thoughts on it.

Like its banana and pumpkin counterparts, zucchini bread is less like bread and more like cake — oily, sweet, and white flour–based, all of which put it pretty low on my breakfast list. In her book "Healthyish," Lindsay Maitland Hunt shares a similar gripe:

“I absolutely LOVE banana bread, but so often it’s as sweet as a cake and too oily,” she writes. “That’s good for special occasions, but for weekday mornings, I want a slice that feels mostly wholesome.”

This zucchini bread follows in those footsteps. It keeps all the reasons why I absolutely LOVE zucchini bread, and adds lots of hearty, nourishing ingredients to make it morning glorious. Here’s how we’ll do it:

Zucchini is almost entirely water. This means it’s an ultra-hydrating vegetable for summer, but also a tricky ingredient for baking. While a too-dry cake is ~the worst thing in the world~ unideal, a too-wet cake always seems underbaked. The workaround: After grating the zucchini, collect it in a kitchen towel, then wring it out. Then keep wringing it out. By getting rid of extra moisture, we can afford to add extra zucchini. Yay!

All whole-wheat. Yup, all of it

Because zucchini bread already has so much moisture, it’s just right for thirsty whole-wheat flour. The only catch is, standard whole-wheat is deep-colored and nutty-flavored, both of which steal attention from our star vegetable. The solution: white whole-wheat flour. Which is not what it sounds like! White whole-wheat is just as nutrient-dense — bran, germ, endosperm, whole shebang — but is milled from white wheat berries instead of the standard red ones. This means a lighter color and subtler flavor.

Like most carrot cakes, most zucchini breads are oil-based (versus another fat like butter). This produces a particularly moist, tender crumb, the hallmark of a great quick bread. Usually, this is a neutral-flavored oil, like canola or vegetable, but why miss on an opportunity for flavor? I love the fruitiness that extra-virgin olive brings, not to mention its rich green hue, just like the zucchini. (If you want a milder flavor, feel free to do any combo of vegetable and olive.)

Lower the sugar and find the sweetness elsewhere

I said lower, not drop! This loaf has 2/3 cup sugar, which may not sound like a small amount, but let’s break this down. If you cut your loaf into eight slices (so sweet of you to share!), that’s just a little more than a tablespoon per serving, as much brown sugar or maple syrup as anyone would add to their oatmeal. Or, compare this to other recipes, which include up to 2 cups per loaf. Whoa! To make up for any lost sweetness, say hello to chewy, tangy golden raisins. (“Oh hello!” they say back.)

Take a cue from granola

Nothing says, Watch out, world! Here I come! like oats, right? I love the texture these add to the loaf and, even more, the bling they bring to the top. Make it rain right before baking and don’t be shy. They’ll adhere themselves to the crust and get crispy in the oven, turning toasty and golden-brown. To keep this nutty flavor going, we’ll add, well, nuts. I like buttery walnuts, especially if they’re toasted. But play around: maybe pecans or cashews, or a mix of all three.