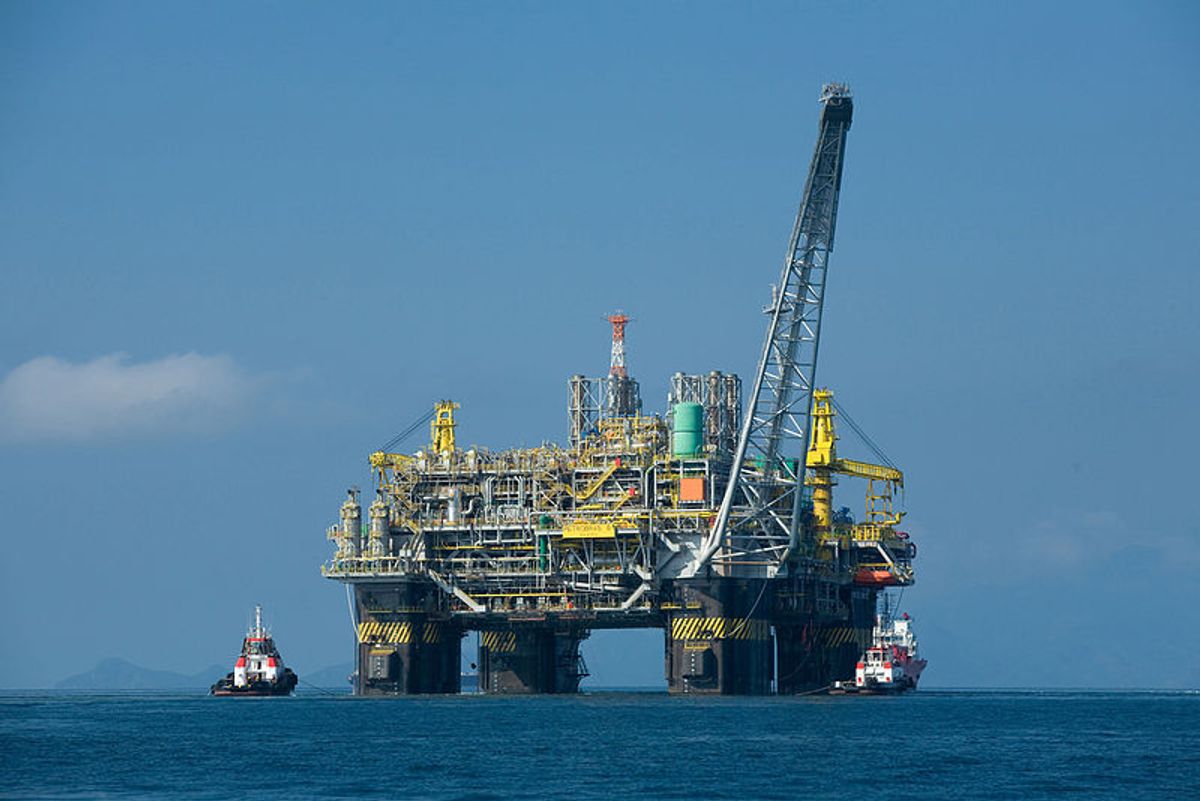 Thanks to climate change, sea levels are rising and storm surges are becoming more costly and frequent. Since most American state and local governments are cash-strapped, cities and counties fear that they won’t be able to afford all the construction it will take to protect their people and property.

So some communities in California and Washington state, as well as New York City, are suing oil companies in a bid to force them to foot the bill. Recently, Rhode Island became the first state to take this step, when it sued 21 oil and gas companies “for knowingly contributing to climate change and the catastrophic consequences to the State and its residents, economy, eco-system, and infrastructure.”

Does it make sense to hold the industries responsible for global warming liable for the price — in dollars and cents — that everyone will have to pay to adapt to a changed climate?

As a scholar of environmental law, I believe climate liability cases like these have merit.

The local governments asking the courts to intervene allege that higher sea levels brought about by climate change are a public nuisance. That may sound odd at first, but I believe that is fair to say. It is also the legal basis on which similar liability lawsuits have been filed before.

The sea level along California’s coasts may have risen about 8 inches in the past century. Scientists project that they may rise by as much as 55 inches by the end of this century.

That worst-case scenario would put nearly half a million people at risk of flooding by 2100, and threaten US$100 billion in property and infrastructure, including roadways, buildings, hazardous waste sites, power plants, parks and tourist destinations.

Superstorm Sandy caused over $60 billion in damage along the New Jersey and New York coasts. Several researchers have concluded that sea level rise and a warming ocean played a major role in making that storm so catastrophic.

If anything, characterizing these catastrophes as a public nuisance is an understatement.

A question about jurisdiction

Oakland and San Francisco both sued five of the world’s largest oil companies in state court, asserting claims based on California’s own nuisance law. They are seeking billions of dollars for an abatement fund.

But Chevron, one of the five oil majors being sued, objected and sought to transfer the San Francisco and Oakland lawsuit to a federal district court, where Judge William Alsup recently dismissed the case.

Still, it wasn’t a clear win for oil companies.

Alsup accepted the scientific consensus that the defendants’ line of business is driving climate change and therefore poses a clear and present danger to coastal communities and others. But in his ruling, he also questioned whether it’s “fair to now ignore our own responsibility in the use of fossil fuels and place the blame for global warming on those who supplied what we demanded.”

And while the judge also acknowledged that federal courts have the authority “to fashion common law remedies for claims based on global warming” he opted to “stay his hand in favor of solutions by the legislative and executive branches.” In other words, he said it’s up to Congress and the White House to figure out whether oil companies ought to pay to, say, move San Francisco’s airport to higher ground.

Even if prospects for federal action on this front are next to nil for the foreseeable future, given the Trump administration’s warm embrace of oil, gas and coal, this is no legal dead end. I believe that Oakland and San Francisco will surely file an appeal to the 9th Circuit, which could rule differently.

Even more importantly, there is another case pending that is taking a different course. The counties of Marin and San Mateo and the City of Imperial Beach, California, are also suing oil companies with similar climate liability claims. Judge Vince Chhabria sees things differently than Alsup and ruled that state law, not federal law, should prevail.

He has ordered that case back to state court, a move that Chevron, BP, ExxonMobil and the other oil company defendants are trying to prevent.

In addition to coastal communities concerned about rising sea levels, several Colorado counties filed their own climate liability cases in April 2018. Those lawsuits allege that oil companies should be held responsible for the higher temperatures now reducing the state’s snowpack. Getting less snow is jeopardizing Colorado’s agriculture, water supply and ski industry.

I maintain that these cases do belong in state court because there are many relevant legal precedents.

U.S. courts have repeatedly held manufacturers liable for the damage their products wreak, especially when those companies knew full well that their products, used as intended, would cause that harm.

The biggest precedent is the tobacco industry’s 1998 settlement with the states, which called for companies to pay out $246 billion over the next 25 years.

In addition, there have been many judgments against oil companies and other corporations responsible for manufacturing a potentially cancer-causing chemical called MTBE that used to be a common gasoline additive and has contaminated public water supplies.

And a panel of California judges ordered paint companies to pay more than $1 billion to help get lead out of housing that remains contaminated decades after the government banned lead-laced paint. The companies are vowing to take the case to the Supreme Court if they can.

Currently, another new kind of liability lawsuit is emerging against opioid manufacturers. Ohio and at least six other states are seeking damages to help cover the expense of dealing with widespread addiction from the allegedly irresponsible marketing of prescription painkillers — which it says the companies should have known were being abused.

As for the oil industry, it has evidently known for 60 years or longer that burning fossil fuels would eventually overheat the planet, with monumental consequences.

Rather than alert the public and engage in good-faith discussions to address the problem, oil majors like Exxon sought to mislead and deny what they knew about the risks of fossil fuels. Furthermore, the fossil fuel industries have sought to block any meaningful federal climate response by donating vast sums to the political campaigns of candidates who promised to oppose the requisite policies.

In a perfect world, the nation’s elected leaders at all levels of government would be hard at work passing laws and establishing programs to confront the existential threat of climate change and to help communities prepare for the unavoidable impacts that are already baked into the system.

Alas, that is not the case. The courts are the last line of defense in this epic struggle to deal with the effects of climate change — including the astronomically expensive costs of moving housing, businesses, schools and other structures out of harm’s way.