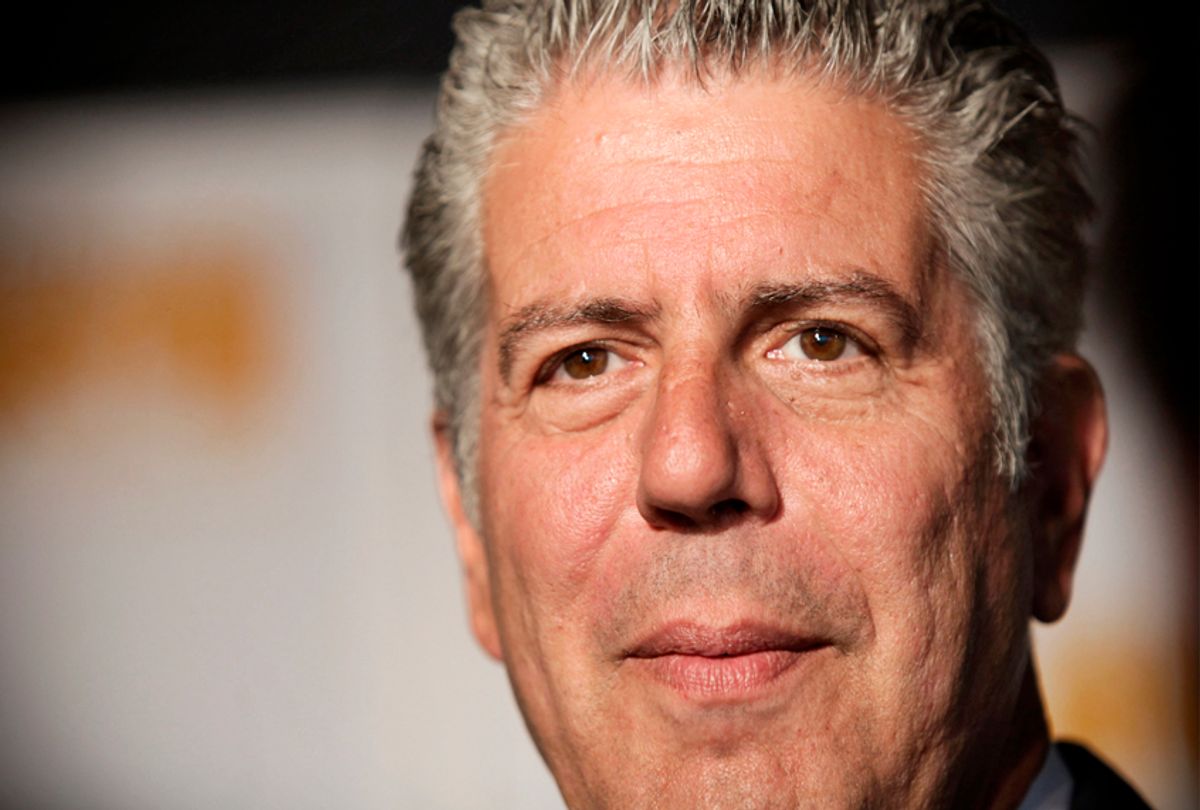 Anthony Bourdain had an idea about how Harvey Weinstein would die, and it involved the disgraced former studio head’s bathrobe. In a newly published interview on Popula by journalist Maria Bustillos (via Deadline), Bourdain envisioned Weinstein naked in his bathroom having a stroke. The late chef and television host told Bustillos he’d prefer to see Weinstein “beaten to death in his cell.”

“My theory of how he goes is uh, he’s brushing his teeth in a bathroom, he’s naked in his famous bathrobe, which is flapping open, he’s holding his cell phone in one hand because you never know who on the Weinstein board has betrayed him recently, and he’s brushing his teeth,” Bourdain said. “He suddenly gets a massive fucking stroke.”

“He stumbles backwards into the bathtub,” Bourdain continued, “where he finds himself um, with his robe open feet sticking out of the tub, and in his last moments of consciousness as he scrolls through his contacts list trying to figure out who he can call, who will actually answer the phone.”

Bourdain said he imagined Weinstein dying “knowing that no one will help him and that he is not looking his finest at time of death.” The interview between Bourdain and Bustillos was conducted in February in New York City but wasn’t published until Sunday, July 15, just over a month after Bourdain died. The lengthy discussion also finds Bourdain criticizing Bill Clinton as a “piece of shit” and praising Barack Obama as “the most gracious.”

“Bill Clinton, look, the bimbo eruptions—it was fucking monstrous,” Bourdain said. “That would not have flown today. A piece of shit. Entitled, rapey, gropey, grabby, disgusting, and the way that he—and she—destroyed these women and the way that everyone went along, and, and are blind to this! Screamingly apparent hypocrisy and venality.”

Bourdain pointed out how “unforgivable” it is that Bill and Hillary Clinton buried women like Monica Lewinsky after they came forward about Bill’s indiscretions. “When you’re in the room, you think wow, she’s really warm and nice and funny,” Bourdain said about Hillary. “But the way they efficiently dismantled, destroyed, and shamelessly discredited these women for speaking their truth is unforgivable.”

For more of Bourdain’s thoughts in the newly published interview, head over to Popula.