Fans to decide if Kevin Smith’s "Hollyweed" series gets greenlight 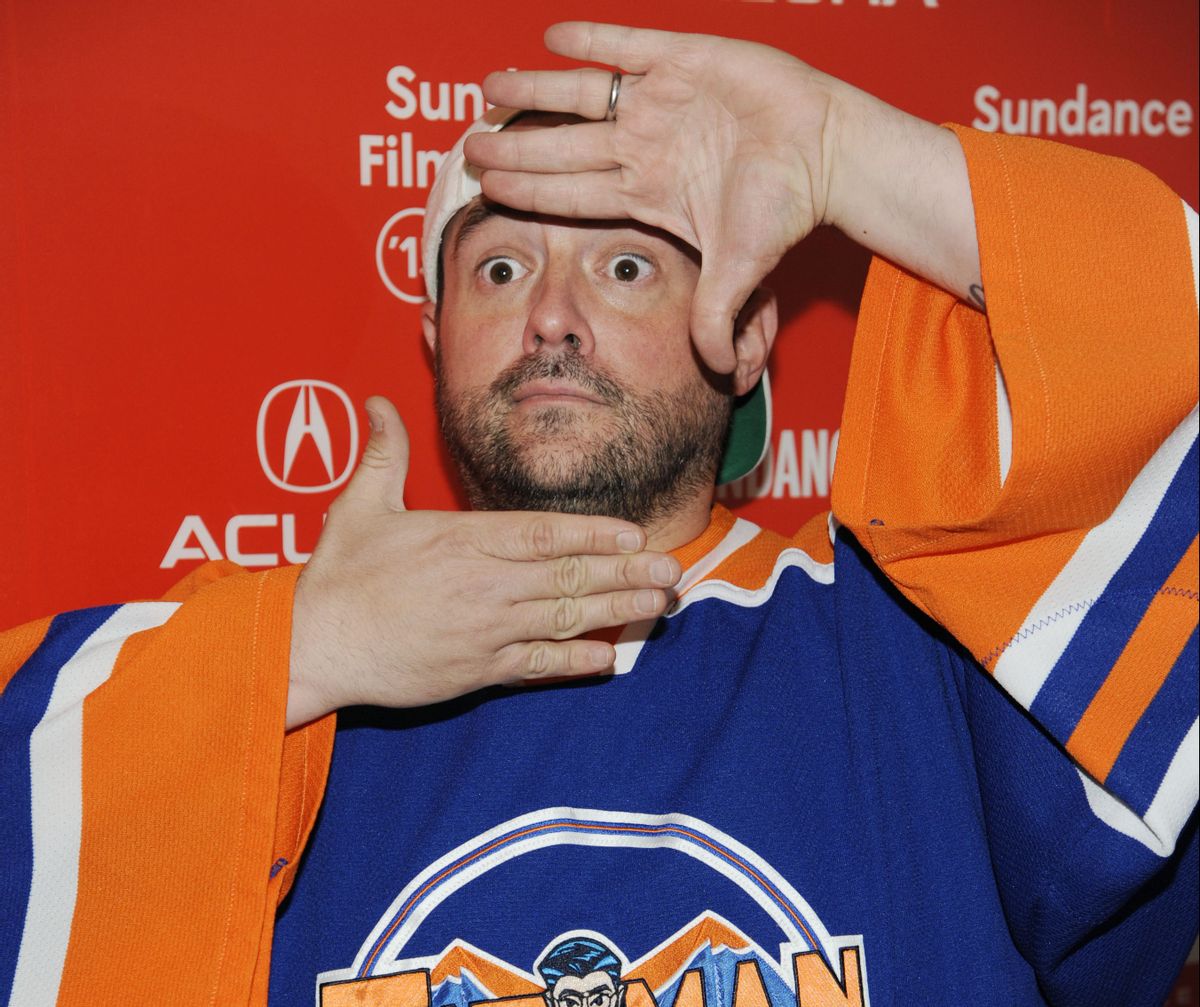 Kevin Smith‘s comedy series, "Hollyweed," may or may not see a full season, depending on how fans value it. As Variety reports, the filmmaker-actor has teamed with Rivit TV to release the show’s pilot and its fate is up to how those who watch it vote.

Rivit TV will stream pilots for free on its website from established film and show creators such as Smith, whose "Hollyweed" pilot is the first Rivit TV is featuring. Viewers then have less than two months to determine whether the show is worthy of a certain per-episode price (ranging from $1.99 to $5.99) to finish the season. “The higher the price point chosen, the fewer the amount of people who are needed to greenlight the season. More people participating lowers the price and everyone is charged the same lowest price,” Rivit TV outlined in a statement. “The season is greenlit at the end of the 45-day timeframe, or when the price-per-episode reaches $1.99. Only then are credit cards charged. There is no charge if the season is not greenlit.”

Smith filmed the pilot for "Hollyweed" “nearly three years ago,” but he said it didn’t have any takers via traditional means.

“Cut to now, and we get to bring it back to life. Thanks to the good folks at Rivit TV, we raised it from the dead, it’s crazy,” Smith said in a statement. “Rivit TV was smart enough to take this show and leave it up to my fans.”

The half-hour show is set in a Los Angeles pot dispensary and follows two stoners, Smith and "Chappelle’s Show"‘s Donnell Rawlings, as they traverse the highs and lows of managing a small business “in their quest for profits and the perfect bud.” As he detailed in the Rivit TV show description, “It wasn’t at all groundbreaking, but it was fun to make: essentially, it was "CLERKS" in a weed store, with Donnell Rawlings and me as the middle-aged knuckleheads behind the counter.”