Is gang activity on the rise? A movement to abolish gang databases makes it hard to tell 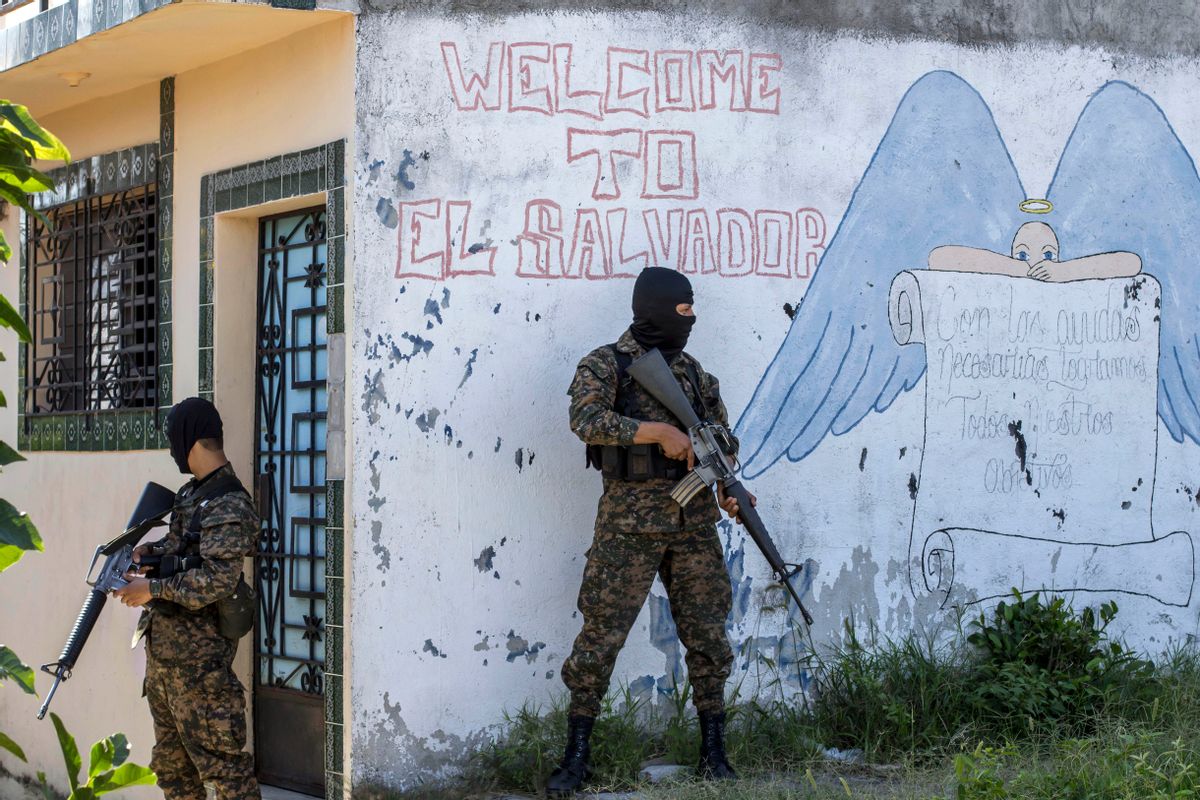 It’s important to be able to confirm or debunk those statements. But a movement among criminal justice reformers may make that more difficult. Some are calling to abolish databases containing the identities of hundreds of thousands of people believed to be affiliated with gangs. Claims that gang data are invalid and unreliable only embolden critics.

However, eliminating gang databases could make it even more difficult to understand and respond to violence in communities.

The current state of gang databases

In 2017, the city of Portland purged their gang database and halted the further collection of data on individual gang members. Other cities, from California to Illinois to New York, are facing calls to follow suit.

Law enforcement agencies throughout the United States maintain databases on gangs and gang members. At least 12 states have passed legislation pertaining to the development and use of gang databases, including how data should be gathered, stored and shared.

In 2012, the Department of Justice ended funding for the only validated national data source on gang activity, the National Youth Gang Survey.

Between the pullout of federal support for gang data and the growing movement to eliminate state- and city-level data, researchers and law enforcement now have less data on gangs. That makes it difficult to fact-check politicians who claim gang violence is rising, and who want to advance harsh immigration and crime control policies.

What are gang databases used for?

Far more Americans die at the hands of gang members than in acts of terror or mass shootings. Gang members account for a disproportionate share of crime and violence.

In New York City, police report that 50 percent of all shootings in 2017 involved a gang member as either perpetrator or victim.

Amid a rise in gang violence in the mid 1980s, police began collecting data on gang members. Computerized gang databases were commonplace in large cities by the early 2000s.

Today, gang databases contain information on individuals and groups. Individual details include a person’s name and other identifying information (e.g., tattoos), known associates, vehicles used or places frequented and criminal history. Group details include the evolution of gang symbols, the location of gang turf, and a gang’s alliances and rivalries.

These data help the police solve gang-related crimes and flag gang members who might benefit from social services. They even help identify individuals who might leave gang life, if given the right nudge, such as an offer of employment.

In Boston and Cincinnati, a strategy to reduce violence called “Focused Deterrence” relies on such data to audit the gang landscape of cities and target offenders with deterrence messaging, which in turn has been shown to significantly reduce violence.

There are four main arguments against gang databases.

First, opponents of data-gathering say that gang membership is not measured accurately. Social media and hanging out with gang members can create guilt by association. As activist Tamar Manasseh has argued, to the police, any black kid is in a gang.

Because of this, police overcount gang members. For example, a 2016 audit of California’s gang database, CalGang, infamously revealed that babies and ex-gang members were listed as active gang members.

Second, people of color – particularly blacks and Latinos – are overrepresented in gang lists and this gives the perception of discrimination. Racial disparities were the primary driver behind the abolition of Portland, Oregon’s gang database. In New York, less than 1 percent of the 17,441 people in the gang database were white. Critics say these numbers reflect an entrenched policing philosophy that has always criminalized the most vulnerable and marginalized people.

Third, gang databases are often kept secret, and as a consequence, there are potential due process problems. People listed in gang databases are rarely made aware of the designation and have little to no recourse to challenge it.

Finally, the consequences of being named in a gang database can be serious. Police stops involving “flagged” gang members are tense, and scrutiny can far outlast actual affiliation with a gang. In an era of data-driven policing, these concerns are important. Critics also point to the potential loss of employment and public housing, as well as criminal convictions and sentencing enhancements. In Chicago, one young man was inappropriately entered into a database for “loitering” in a neighborhood with high gang activity. He was living in the U.S. illegally and wound up in deportation proceedings.

What does the scientific evidence say?

There is merit to all of these criticisms, but a review of the evidence shows the issues are more complex. For example, a study found that twice as many juveniles report that they are gang members than are recorded in police records. The police are likely undercounting gang members just like they undercount crime, not overcounting.

The overrepresentation of people of color in gang databases is not solely an artifact of how the police collect information. Studies show that when people self-report that they are gang members, blacks and Latinos are twice as likely as whites to be gang members in adolescence and three to four times more likely in adulthood. Since gang databases like the NYPD’s are overwhelmingly populated with adults, the research indicates that racial and ethnic disparities should be expected.

Police data on gang homicides fluctuate yearly with newspaper articles on gang violence and are reported consistently, especially in agencies with specialized police gang units. There is also high, but not perfect, correspondence between self-reports of gang membership and the names found in gang databases.

Finally, the criteria for inclusion in gang databases have been approved by the courts.

Keep the baby, drain the bathwater

Eliminating gang databases altogether risks leaving law enforcement hamstrung in their efforts to reduce violence in communities. The opposite of bad data is not no data, but good data.

In the 1980s and 1990s, gangs proliferated outside of the urban core of U.S. cities. At the same time, officials denied their existence. For example, it took gang-related assaults on the mayor’s son and governor’s daughter in Columbus, Ohio, for that city to recognize its gang problems.

Improving data could be done with stricter, more consistent rules for who is a gang member and who isn’t. The reports should undergo regular audits. Databases could also better reflect the fact that gang membership is a temporary status and even the “worst of the worst” are not beyond redemption.

States like California are showing how to improve information gathering on gang members. An audit of its database, CalGang, led Gov. Jerry Brown to sign legislation requiring law enforcement to notify individuals when they are entered into a gang database and allowing purported gang members the opportunity to challenge the designation.

If used correctly, gang databases can be part of the solution to violent crime.