Study: Flying often could be bad for your health 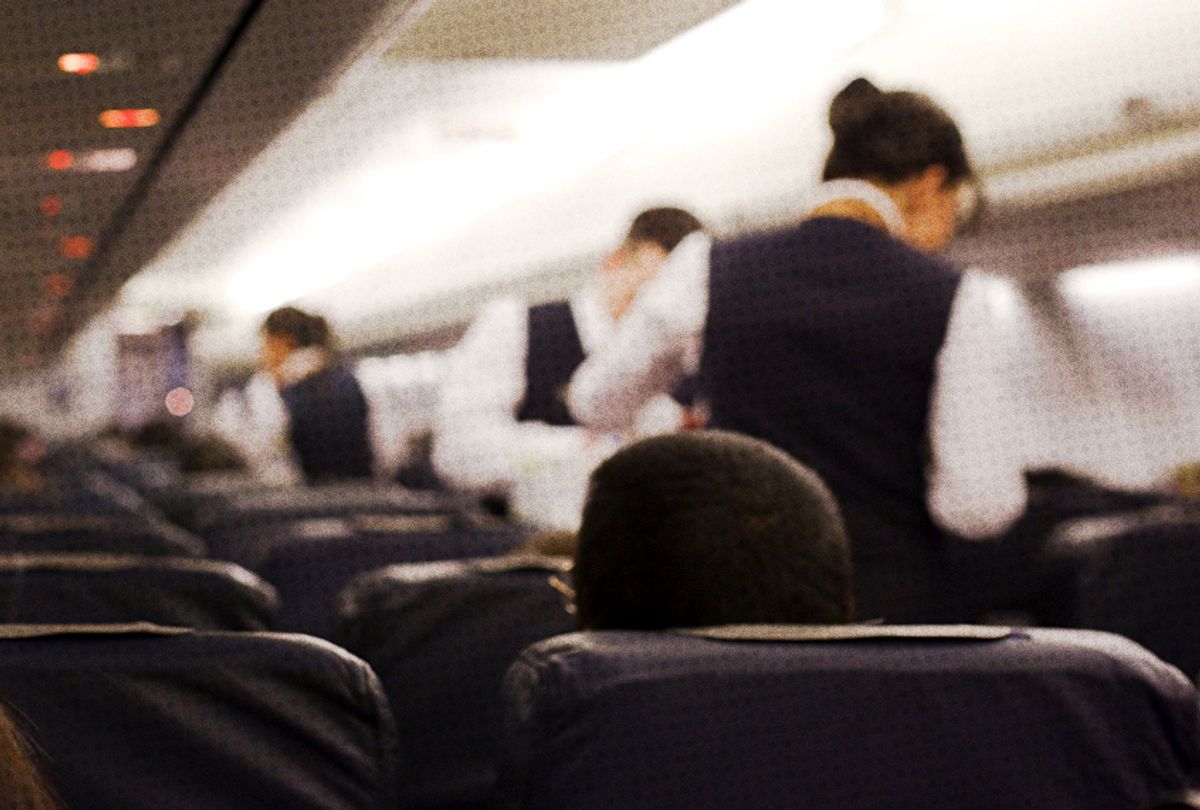 A new study suggests that flight crews face other life-threatening dangers on the job aside from the extremely unlikely chance of a crash. According to a study published in Environmental Health, flight attendants have elevated rates of several cancers — including breast cancer, melanoma, and non-melanoma skin cancers.

“Our findings of higher rates of several cancers among flight attendants is striking given the low rates of overweight and smoking in our study population, which highlights the question of what can be done to minimize the adverse exposures and cancers common among cabin crew,” said Irina Mordukhovich, a research fellow at Harvard Chan School and the corresponding author of the paper, in a press release about the study.

The authors of the study surveyed flight attendants, asking them specifically to report on cancer diagnoses. Those numbers were compared with the general population, and compensated to account for age differences.

“We also analyzed associations between job tenure and the prevalence of selected cancers, using logistic regression and adjusting for potential confounder,” the authors explained in the study.

The results showed there are higher rates of specific cancers among flight attendants compared to the population at large.

“We observed higher rates of specific cancers in flight attendants compared the general population, some of which were related to job tenure,” the study explained. “Our results should be interpreted in light of self-reported health information and a cross-sectional study design. Future longitudinal studies should evaluate associations between specific exposures and cancers among cabin crew.”

As noted in the study, flight attendants are an “understudied occupational group, despite undergoing a wide range of adverse job-related exposures, including to known carcinogens."

The authors explained that their study is the first one to report an increased rate of non-melanoma skin cancers, which according to the study, is aligned with some European studies.

“Our results yield information to guide future research regarding the health of this understudied group of workers, which can also be considered when evaluating how to improve health and quality of life among cabin crew,” the authors concluded.

Still, this new study compounds data from previous ones that suggest flight crews are still facing serious health risks. The study calls for future evaluations between specific exposures and cancers, which hopefully will lead to better regulations to protect flight attendants against ionizing radiation and other risks.

As the press release for the study explained:

[C]abin crews are exposed to the largest effective annual ionizing radiation dose relative to all other U.S. radiation workers because of both their exposure to and lack of protection from cosmic radiation. Despite these known risks, flight attendants have historically been excluded from Occupational Safety and Health Administration protections typically granted to U.S. workers. Limited protections were instituted in 2014, but they don’t include monitoring or regulating radiation exposure.

Chesley Burnett "Sully" Sullenberger III, author, speaker and safety advocate, told Salon via a statement through his spokesperson that “flight crews are an understudied group who have a higher incidence of cancers despite generally healthier lifestyles."

“Much more needs to be done to protect them,” Sullenberger said. “Flight crews are at greater risk than passengers because of more exposure. Studies should also look at chemical exposure, including cabin air contamination.”

Philip Greenspun, who teaches ground school for the MIT Department of Aeronautics and Astronautics and helicopter students at East Coast Aero Club, said that the Federal Aviation Administration process could protect new innovations from preventing flight attendants and crew from harmful UV radiation.

“One issue is that the FAA certification process is so expensive that innovations for filtering out UV light may never reach aircraft,” he said in an email. “The kind of UV and Infrared-blocking that are common in automobile glass (and/or aftermarket tinting films) are only recently showing up in $1 million light airplanes.”

Greenspun added it is tough to “eat healthy” when working for an airline.

“Try getting decent salads and vegetables in an airport,” he said. “Remember that airline crews eat at the same in-terminal restaurants as the passengers.”

The big question is, do passengers, particularly those who fly frequently, face the same risk? Greenspun said yes, but it depends on if one flies enough for it to matter.

“When we fly up into the stratosphere (or just below) we're skipping out on a lot of shielding,” he explained. “I guess in theory the ozone layer up higher still does most of the UV-blocking, but common sense suggests that all kinds of radiation from the sun are stronger above the troposphere.”