Pre-existing conditions: The age group most vulnerable if coverage goes away

As the ACA gets dismantled, those in their 50s and 60s, who are not eligible yet for Medicare, face a crisis 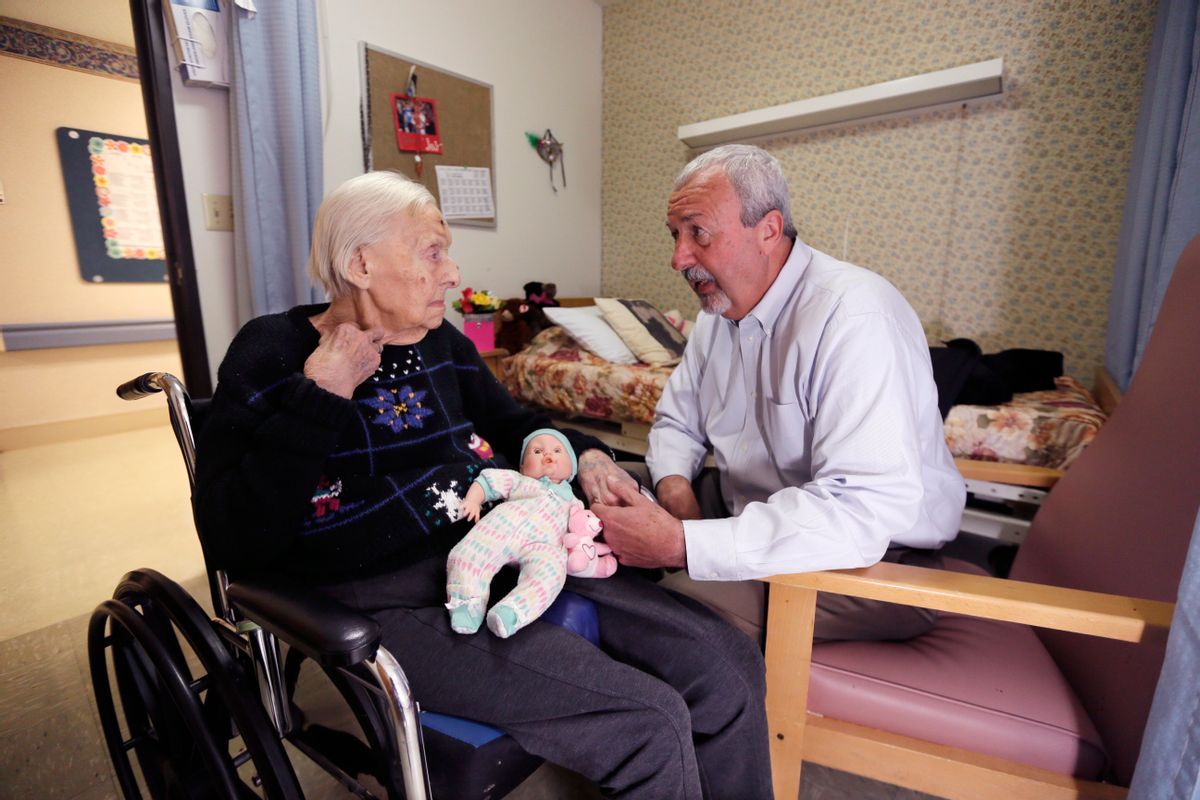 A widely shared New Yorker cartoon heralded “70 as the new 50” with the implications that being 50 was a joyous and healthy age. More than 10 years later, we are seeing that being in one’s 50s may have its drawbacks, at least in terms of current American political debates around repealing key provisions of the Affordable Care Act.

Coverage for pre-existing conditions, which has reduced the uninsured rate by an estimated 22 percent, has been a cornerstone of the ACA. It is generally viewed as the most popular element of ACA by proponents and opponents alike.

But now, that coverage is imperiled by proposed challenges to mandated health insurance coverage. The Justice Department in June supported lawsuits filed by attorneys generals in 20 states that claim that coverage for pre-existing conditions was eliminated when the administration’s tax bill was passed in December 2017. In that bill, Congress repealed the penalty, starting in 2019, for people who do not have health coverage.

While the jury is still out on the ultimate fate of the ACA, dismantling preexisting coverage would be particularly troubling for those in their 50s and early 60s who have not yet reached 65, the age at which most people become eligible for Medicare.

As a researcher focused on public health and aging issues, I think it’s important that health care needs for our aging population be viewed within a broader family and societal context. Additionally, it’s important to recognize that aging is a lifelong process. Health and well-being in the later years are largely determined by what are known as the social determinants of health, or factors within a society that influence a person’s health. These factors include such things as race, ethnicity, education, income, employment and even neighborhood environments.

I research these social determinants and how they affect people’s access to health care and their health. I see several issues at the intersection of aging, health, and health care policy and research that can inform this debate.

According to a recent Kaiser Family Foundation report, it is likely that more than a quarter of American adults under age 65 have pre-existing health conditions that would make them uninsurable for individual market coverage under pre-ACA underwriting practices. But it is the near-elderly, or those those 55 to 64 and who number more than 40 million, who would be most affected.

Upwards of 80 percent of persons in the 55 to 64 age group have conditions such as high blood pressure, high cholesterol, heart conditions, asthma/chronic lung disease, diabetes, cancer or behavioral health disorders that would affect their qualification for insurance. This generation, also referred to as “Generation Jones,” are one generation behind those already eligible for Medicare and hence less affected by such policy changes. Those in Generation Jones because of their health and employment status are likely to be most impacted if mandates against pre-existing exclusions are overturned.

Most chronic conditions are aging-related, meaning they are more prevalent in the later years of life. However, chronic disease rates start accelerating in mid-life. About 50 percent of people between 45 and 64 have multiple chronic conditions, compared to 18 percent among those 18-44 years of age. The early onset and progression of unchecked obesity-related common chronic conditions, such as heart disease, diabetes and cancer, are linked to increased governmental health care costs once eligible for Medicare.

Without access to health care, the near-elderly are less likely to take advantage of proven clinical preventive services, such as mammograms, influenza vaccines or counseling to increase physical activity and referrals to community exercise programs, that can help detect many chronic conditions, delay their onset or reduce disease progression and further complications.

The negative consequences of health care coverage policy changes, while concentrated among the near-elderly, will not be universal. Public health experts note that effects will be more pronounced among those with lower incomes or racial and ethnic minorities. These groups are likely to find it most difficult to obtain affordable insurance if pre-existing conditions were grounds for denying coverage.

Why the Joneses are so vulnerable

On the surface, Generation Jones may look like a more stable group relative to younger groups in terms of workforce participation and insurability. However, many in Generation Jones have less access to coverage than the first wave of boomers who have already crossed into the Medicare safety net.

Concerns about job security have always been a hallmark for Generation Jones. Low-income Joneses are especially vulnerable being in jobs without adequate health care coverage. Or, even if currently covered by employee health insurance, Joneses are at risk of losing coverage if they lose their jobs or decide to retire before 65. Despite recent upticks in the economy, people 55 and older if unemployed still find it harder to find comparable jobs

Many think tank institutes and aging advocacy groups, such as AARP, are calling attention to the probable plight of the near-elderly if protections for pre-existing conditions are eliminated in future health care insurance policy mandates – reiterating many arguments heard in the early 2000s.

I believe it is critically important to keep these issues in the forefront, especially as policies are being debated. Generation Jones may not be as visible as their older baby boomer siblings, but they have the potential to be active players in this debate, as they have already demonstrated in prior elections.

Our society can not overlook untoward consequences for those in the 55-64 age group who become uninsurable. Moreover, I do not think the bigger policy questions can be ignored. For example, will saving money today result in short-term savings that only push the costs of care to another funding stream when Generation Jones become eligible for Medicare?

It is hard to imagine protection for pre-existing coverage for those 55-64 being overturned given the universal appeal of this mandate and the policy reports already being generated. The current health care coverage debate is part of a larger public health discussion about the health and productivity of future generations of Americans. The last wave of the baby boomers – Generation Jones – will not turn 65 and reach Medicare eligibility for another 10 years. Thus, I believe an enduring solution is needed now to address this long-term problem for the current group of near-elderly.