"At this point, there is certainly enough there for the case to proceed," Texas Democratic Rep. Beto O'Rourke says 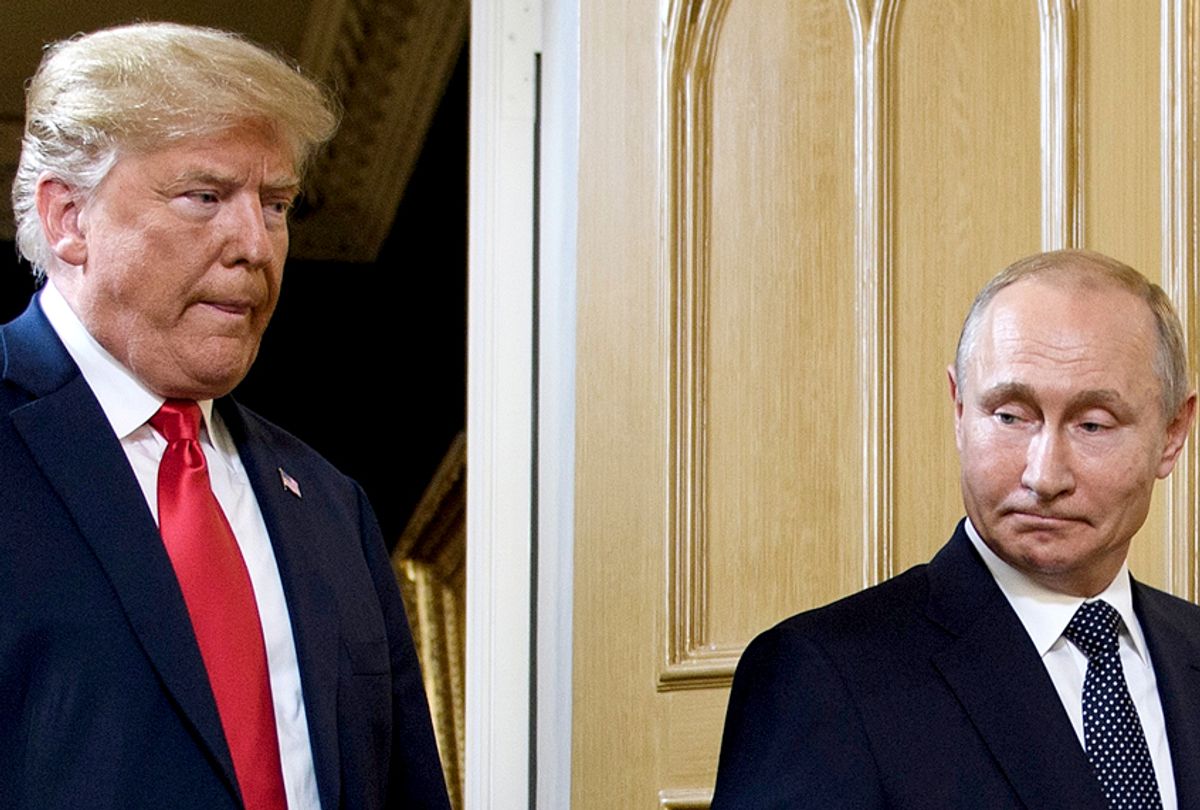 A Texas Democrat who is hoping to snag Ted Cruz's Senate seat this November said on Tuesday that he believes President Donald Trump's performance at a joint press conference with Vladimir Putin — in which the president sided with the Russian tyrant over the U.S. intelligence community — merits impeachment.

"Standing on stage in another country with the leader of another country who wants to and has sought to undermine this country — and to side with him over the United States ― if I were asked to vote on this, I would vote to impeach the president," Rep. Beto O'Rourke (D-TX) told The Dallas Morning News.

Trump continues to face widespread criticism from politicians and media pundits of all political stripes in the wake of his Monday summit with Putin in Helsinki, Finland.

Even the co-hosts on the set of "Fox & Friends," Trump's favorite morning show, chimed in with their own admission that America's Republican president "fell short" of what was required of him. In the rare rebuke, the die-hard Trump fans encouraged the president to correct the situation.

Several top Republican lawmakers, Cruz included, also broke with Trump over his remarks at the summit.

"I think we need to be acting vigorously to prevent Russian aggression," Cruz told CNN reporter Manu Raju on Monday. "And, I think it's a mistake to be apologizing for Vladimir Putin."

O'Rourke criticized Cruz for not taking a firmer stand against Trump's comments, saying: "I heard him talk about Russia, but I did not hear him say a word about the president’s conduct."

"Donald Trump's remarks yesterday alongside his corrupt billionaire friend Vladimir Putin made it clear that removing the president is too important to count on partisans who have so far demonstrated zero political courage whatsoever," she said.

Nixon also slammed Cuomo for telling reporters he would "leave it to the Republican Senate and the Republican Congress" to determine whether Trump should be impeached or censured.

"Just like he trusted Republicans in New York's State Senate, Governor Cuomo is once again putting faith in the party of Donald Trump to do the right thing and defy their president," Nixon said. "The American people can and will remove Trump ― not corrupt, cowardly Republicans."

While Cuomo has stopped short of calling for Trump's impeachment, his running mate joined the chorus later Wednesday.

Recently, Waters claimed in May that removing Trump from office was the "only answer" for Democrats in the wake of his decision to withdraw the U.S. from the Obama-era nuclear agreement with Iran.

Still, Rep. Eric Swalwell (D-CA), a member of the House Judiciary Committee, said Monday that ousting Trump the Oval Office is not a focus for his party right now.

"I think that's premature at this point," Swallwell told Hill.TV's "Rising" on Monday. "We should do all we can to make sure that he's held accountable – that we conduct the investigations the Republicans have been unwilling to do."

However, Swallwell did not firmly rule out such a move in the future, adding: "If impeachment is the case, it's because we found impenetrable evidence that we take to the American people and will be accepted by both Republicans and Democrats."

Rep. Linda Sanchez, who serves as the vice chairwoman of the House Democratic Caucus, said on Tuesday that no actions would be taken while special counsel Robert Mueller's probe into Russian meddling in the 2016 election remains active.

“In order to prosecute a case for impeachment, you have to have the underlying facts," Sanchez said at the POLITICO Pro Summit. "We don't know all the facts yet. And, until the time that we do, we can't make a decision on whether or not impeachment is warranted."