Attendees of this year's pop culture fest should be sure to pay attention when using the facilities this year. 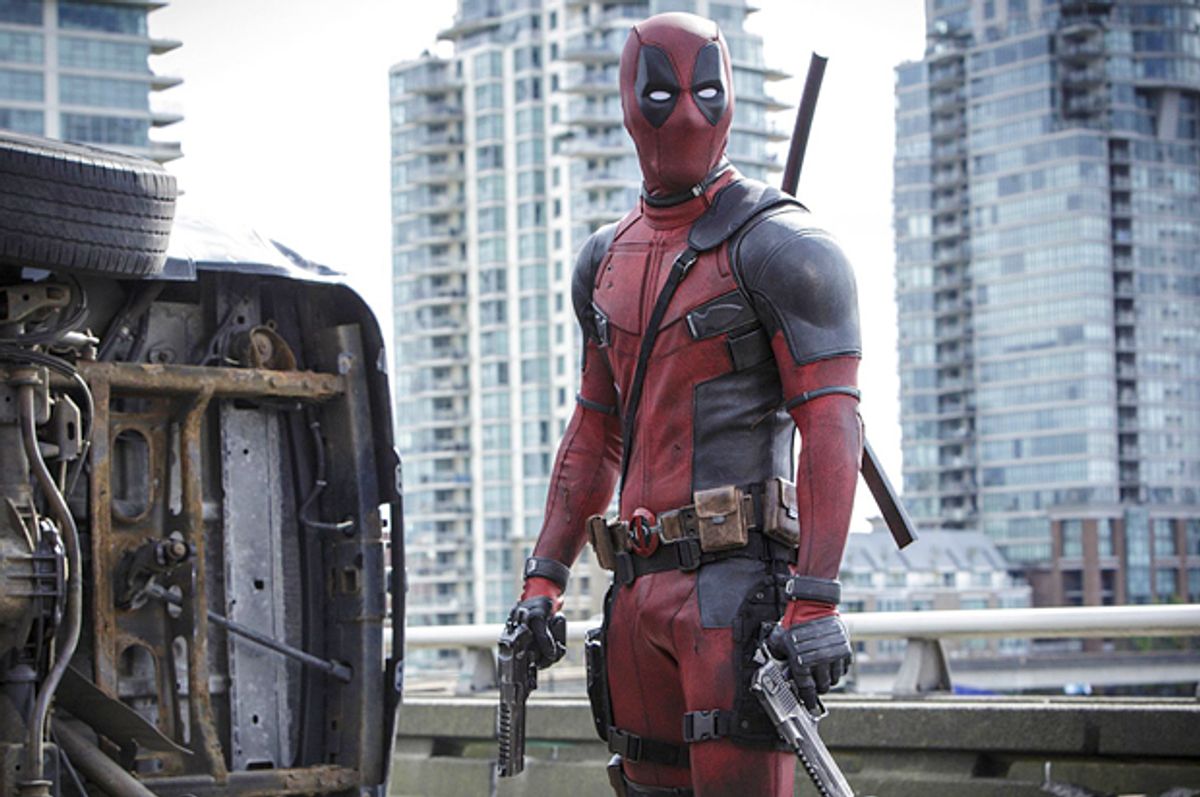 Wednesday night is known as Preview Night at San Diego Comic-Con, an opportunity to get a glimpse of the booths and exhibits on display for excited pop culture fans — but the most interesting thing at the convention center might have been found in the bathroom, courtesy of the Marvel Universe’s least reverent and least killable superheroes.

Read more IndieWire: ‘Deadpool 2’ Cameo Surprise: One of the Most Famous Actors in the World Made Less Than $1,000 to Appear in Sequel

In at least one of the women’s restrooms at the convention center (IndieWire was not able to verify that this was also the case in the men’s restrooms or do a complete survey of every women’s restroom at this time), if you turned to look at the paper seat cover dispenser in a stall, you saw this message peeking out:

Wondering what it means when a piece of bathroom tissue tells you that “This is all Fox could afford?” Well, once you pulled it out of the dispenser, the full image was revealed. 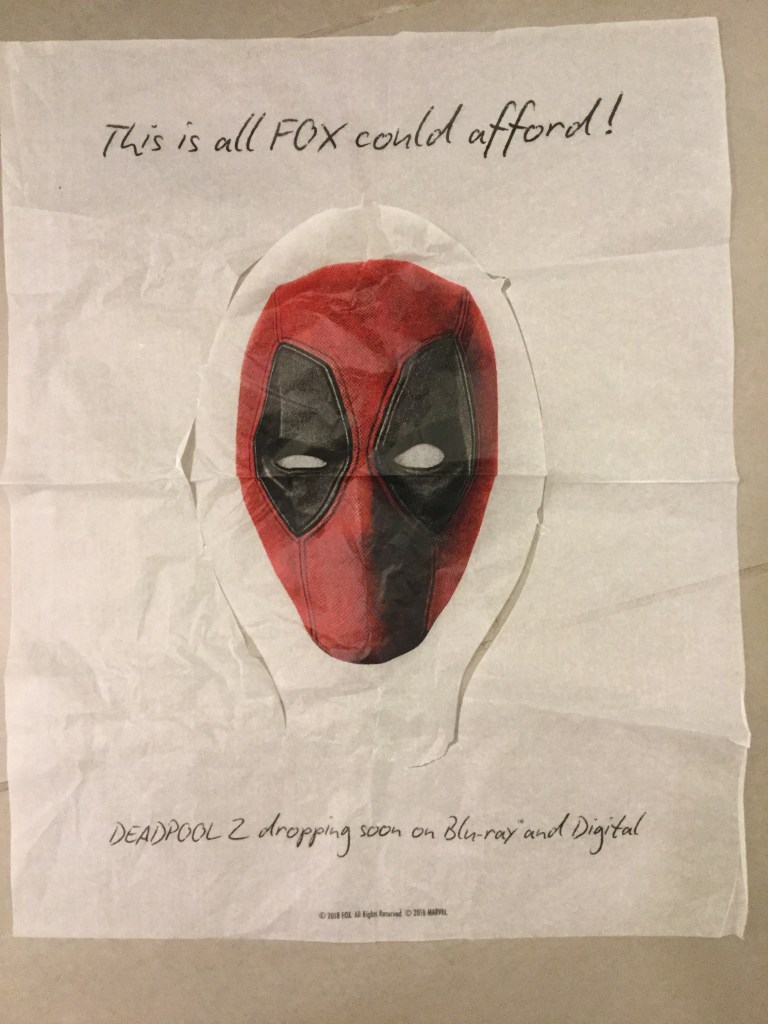 Promotion for the home video release of “Deadpool 2” is in full force at Comic-Con this year, including a booth on the convention floor, featuring an animatronic Deadpool party with Chuck-E-Cheese-esque animal friends for “Deadpool’s Super Duper Dance Party.”

Read more IndieWire: ‘The Equalizer 2’ Director Antoine Fuqua Knew What Fans Wanted From His First Sequel, But He Didn’t Always Give In to It

But the most striking message maybe this one. Promotion surrounding the “Deadpool” franchise has always had a cheeky, self-deprecating tone. But as Fox’s future as a company remains in flux, Wade Wilson’s bathroom stall message might have a much more profound meaning than we’d ordinarily assume, from something we’re about to flush.