Michelle Wolf went full meta on “The Break,” and it was the best comedy moment all week 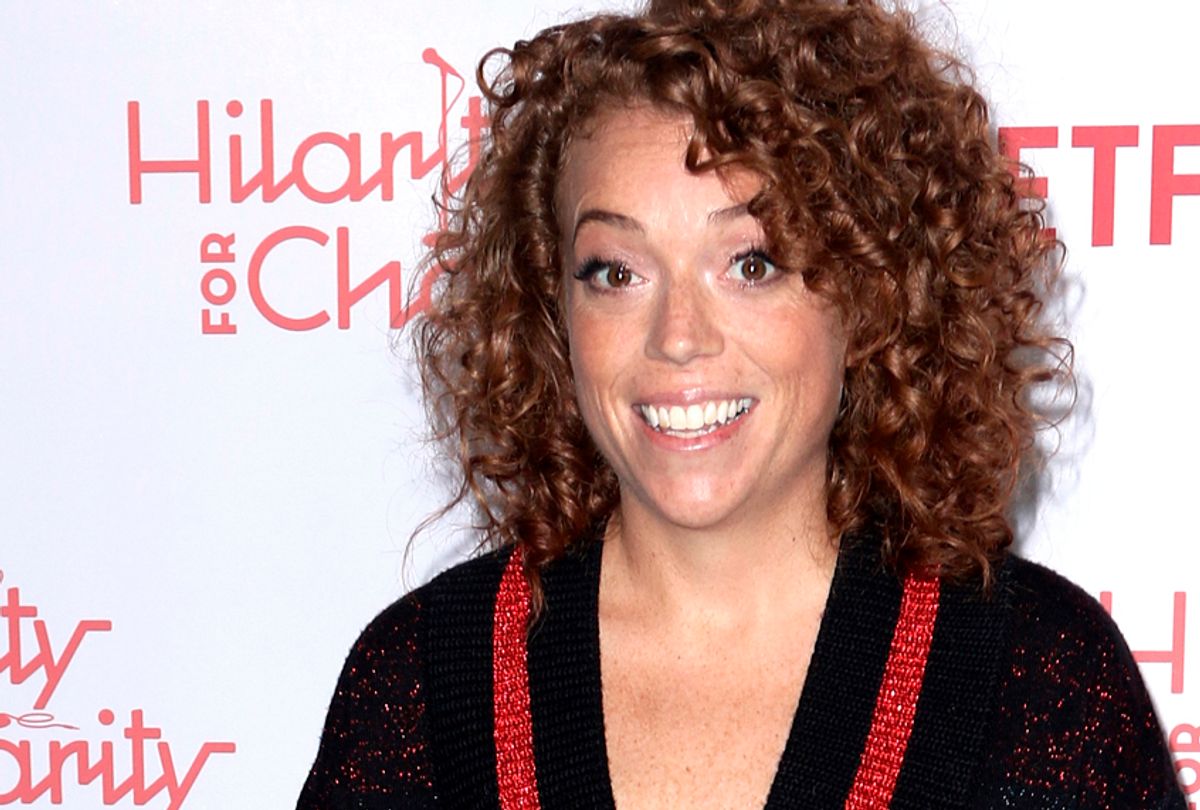 Michelle Wolf went full meta on “The Break,” and it was the best comedy moment all week.

The comedian tackled the topic of Trump’s Supreme Court nominee, Brett Kavanaugh, while also mocking the standard “late-night” formula used for delivering such a routine on nearly every comedy show, her own included.

“Since this is a comedy show in 2018, you know one thing for sure,” Wolf said. “This comedy segment is going to be sincere and angry.”

Wolf opened up the portion of the episode, fittingly titled “Segment Time,” by drawing attention to the over-played but ever-reliable shtick where show hosts sit at a desk and speak directly into the camera to ridicule an important piece of political news while being aided by split-screen graphics and the occasional news reel clips.

With a CNBC graphic captioned “Anthony Kennedy Retiring from Supreme Court” to boot, Wolf addressed Kennedy’s departure from the bench, joking that he “ran away . . . with our rights!”

“When God takes away a Supreme Court justice, the devil gets to appoint a new one,” Wolf said. “That’s right! I just called President Trump the devil. The Cheeto devil's small hands. Time to clap!”

The hyper self-aware bit continued into “The Information Part,” a portion of the segment when – like clockwork – late-night comedians give background and context to the information they then proceed to satirize with bitter disdain for the buffoonery that is modern American politics.

Wolf scoffed at the media’s ever-enduring Trump obsession – the reason why she suggested news outlets hang onto his every last word.

“I wonder if the media will take Trump’s bait?” Wolf asked, referencing a tweet Trump sent out broadcasting a characteristically non-specific time he planned to announce his Supreme Court pick.

She then directed her crew to “play the clip that proves this so hard,” which was followed by cutaways of different news sources counting down the minutes until the Trump announcement was hopefully to be made — an announcement the media reported on because of the previous announcement Trump made via Twitter — a glorious and pathetic representation of the current state of America that late-night hosts like Wolf choose to join the rest of the world in making fun of.

“That’s right, you probably thought I was only going to go after the orange clown, Trump,” Wolf said. “But, I’m also calling out the liberal media. Wibam – unexpected pivot!”

The “spare no one – not even the liberals” comedy trope has become synonymous with politically-active shows like Seth Meyers’ “Late Night” and John Oliver’s “Last Week Tonight.” Wolf not only spotlighted such themes, but boldly mocked the tried-and-true formula of late-night TV while actively utilizing it to drive home her main joke in a brilliant display of self-referential hilarity.

The multi-layered segment came to a close with Wolf confronting the real and disappointing consequences of the media not doing their job of “grounded and responsible reporting”: Comedy show hosts are the only ones left to take on that role, since sarcasm is a strategy entirely necessary for dealing with the daily brazen acts of the current administration.

There are times when only satire can do the work of honest journalism, and Wolf recognized that it is the reason late-night political segments have become formulaically routine. Satire can write off ridiculous Trumpisms in a swift one-liner without devoting headlines and endless airtime to one of his garbled tweets.

It can offer exasperated pleas with our leaders to get it together in a way that laughs at their foolishness without falling into a conversation that allows room for it to be justified. Most importantly, it can report the news without playing puppet to Trump and his lying band of puppeteers.

“The news is bad. Which means that I, a comedian, have to do you, the news’, job!” Wolf said. “Children in cages. Gun reform, yesterday. Nevertheless, I persisted. This is comedy now. And, finally, the meticulously-crafted clickable, GIF-able, Jiff-able takedown that will fix everything, change minds and save the republic!”

In her closing statement, Wolf made use of her comedy privilege and employed a one liner that, if used more often, would save the news media nearly all of their attention, time and energy — “F**k you, Trump!”