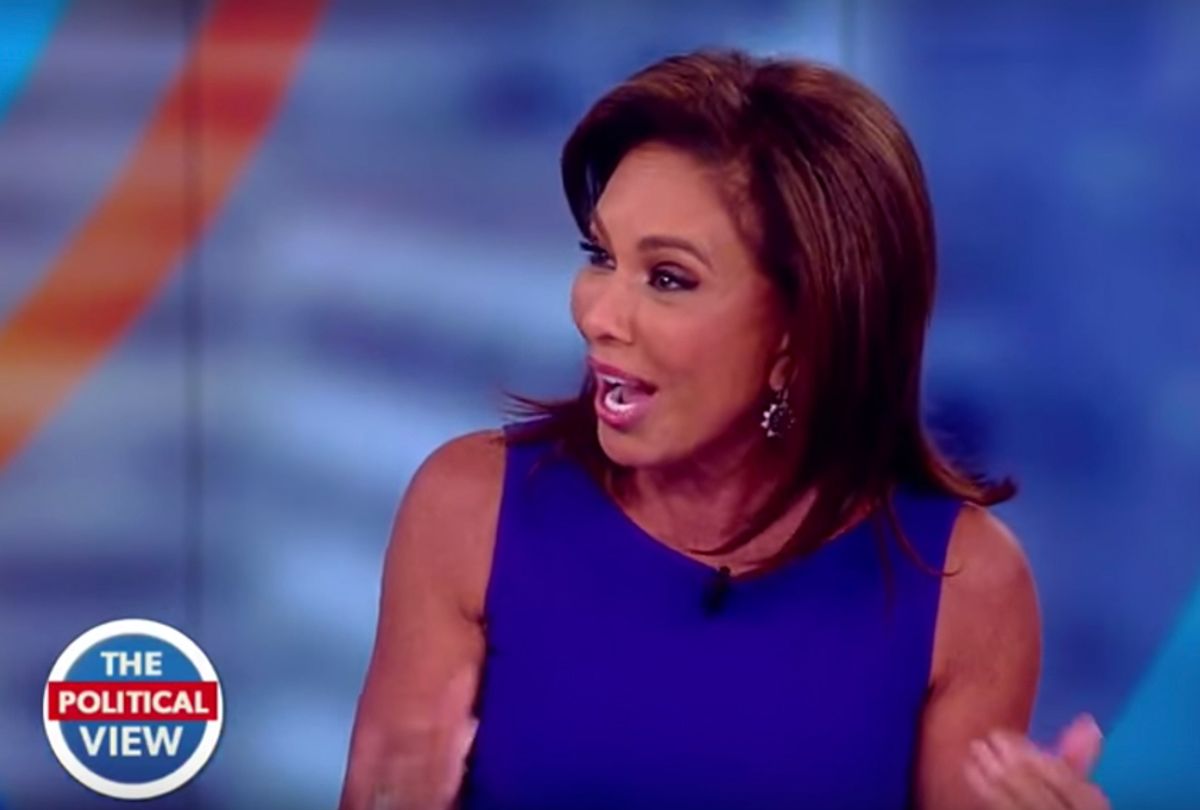 In the second half of an interview with Fox News host Jeanine Pirro, the co-hosts of “The View” began to politely question the hypocrisy of President Donald Trump and Pirro’s support of him.

They read off the title of Pirro’s new book “Liars, Leakers and Liberals,” which Republican Ana Navarro said she thought was a description of the White House.

Former federal prosecutor Sunny Hostin stepped in when she heard Pirro say that Hillary Clinton colluded with a foreign power to get dirt on Trump with Christopher Steele’s dossier.

“After Republicans paid for it,” Hostin said.

“No, no,” Pirro said, trying to claim no one in the GOP had anything to do with the dossier, which is factually inaccurate. The conservative news site The Washington Free Beacon paid for the dossier to investigate Trump until he became the nominee. It was then shopped around to see if anyone else wanted to pay for the research to continue.

But it wasn’t until Pirro accused co-host Whoopi Goldberg of having “Trump Derangement Syndrome” that she lost her cool.

“Did you just point at me?” Goldberg asked.

“Listen, I don’t have Trump derangement. Let me tell you what I have,” Goldberg began. “I have a lot of — I’m tired of people starting a conversation with Mexicans are liars and rapists.”

She went on to say that after 62 years alive, she’s seen a lot of people come and go from the White House, some of whom she liked and others she did not.

Pirro said she wanted to answer Goldberg’s question, but Goldberg said she didn’t ask one.

“Your opening statement, how horrible it is that Donald Trump is talking about all of these people,” Pirro began.

“I’m sorry, that’s not what I said,” Goldberg said.

“You know what’s horrible? When people who shouldn’t be here end up murdering the children of American citizens!” Pirro ranted.

“What is horrible is when the president of the United States whips up people to beat the hell out of people,” Goldberg shouted back. “Say good-bye. I’m done.”

She quickly threw it to commercial. When she came back, Goldberg apologized, saying she rarely loses her cool, but gets really bothered when someone accuses her of “being hysterical because I try not to do it on this show.”