Bourdain also made an impact in one area that’s frequently overlooked: the home kitchen 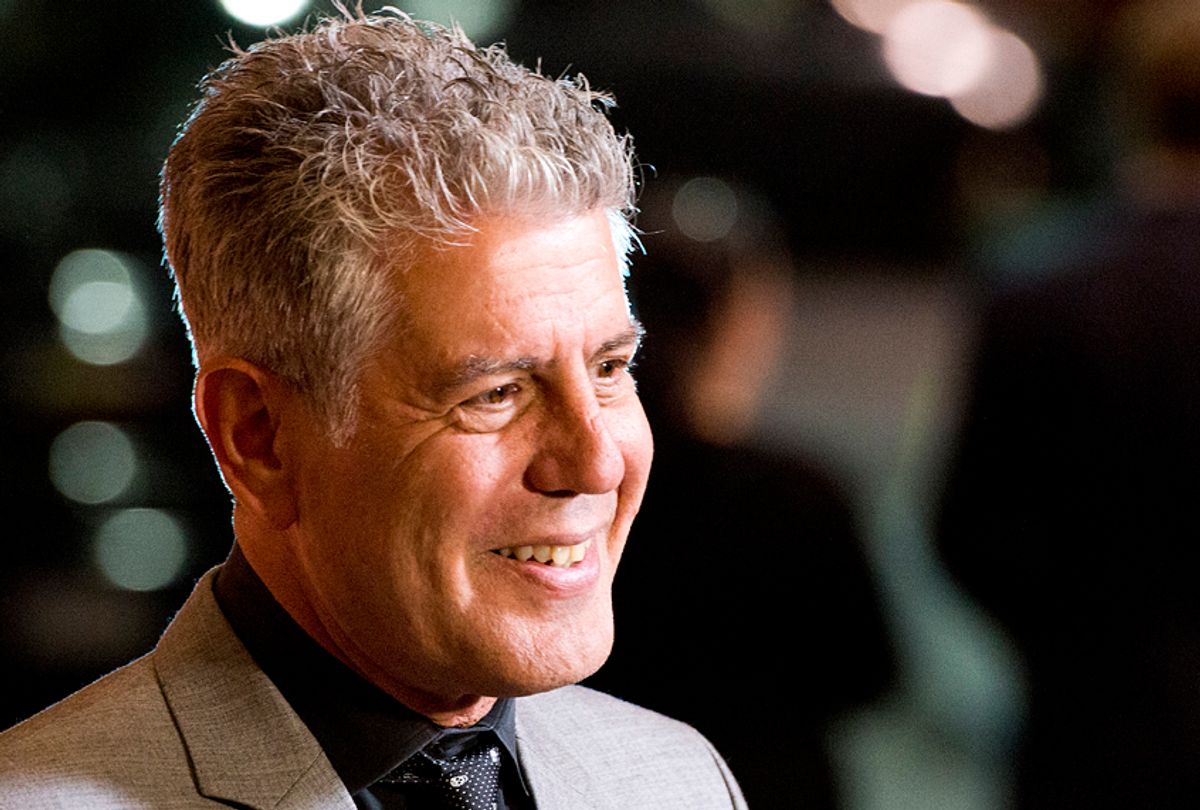 The untimely death of Anthony Bourdain on June 8 brought the culinary world to its collective knees. The TV host, correspondent, and chef inspired and captured “foodies” around the world with his raw, no-holds-barred style of adventure, encouraging most of us to tear down boundaries and get out there.

But Bourdain also made an impact in one area that’s frequently overlooked: the home kitchen. Before his death, Bourdain wrote two cookbooks, "Anthony Bourdain's Les Halles Cookbook" and "Appetites: A Cookbook," both full of the punchy, gritty writing style we all came to know and love, but also recipes that are easy to recreate in home kitchens—French Bistro cooking in the former, and a melange of global comfort food in the latter.

In honor of Bourdain, our Cookbook Club added both of Bourdain’s books as options to cook through in June. Here are the dishes that will live on in our hearts (and stomachs) forever:

Bourdain describes this as possibly the most delicious thing in "Appetites," so it had a lot to live up to for our members. In the book, Bourdain writes that they had trouble shooting it for the show because everyone kept eating the “models”! This crispy pork chop served on fluffy sandwich bread with a dollop of spicy chili sauce is everything Bourdain said it was.

This eggy, cheesy sandwich is the ultimate comfort food to any New Yorker — and Bourdain decided to share the magic with everyone in "Appetites." Bacon, egg, and cheese are housed in a squishy, tender Kaiser roll. For the full experience, served wrapped in foil, alongside “shitty coffee.”

It seems counter-intuitive to include such a simple dish, but Bourdain had mastered the art of elevating the “simple” and this flavorful dish — a combo of earthy beets, kicky cider vinegar, crunchy red onions, and tart citrus — is no exception. In "Appetites," Bourdain writes that he frequently made and served it to his daughter, which is reason enough why you should try it, too.

This recipe from "Les Halles" was conflict-inducing in the group: to truffle oil, or not to truffle oil? While Bourdain recommends a dollop in the cookbook, he later writes, in "Appetites," that “if you add truffle oil. . . you should be punched in the kidneys.” Oh, Tony. Regardless of whether you love (or hate) truffles, Bourdain’s love for food was sparked by a bowl of vichyssoise, the cold French staple, he ate as a fourth-grader on a cruise — a subtle reminder that we should all look for magic in our soup bowl.

There's been an outpouring of touching testimonials in the Cookbook Club, here are just a few of our members' thoughts on why Bourdain was so inspiring:

He writes for people that cook and the flavors are definitely not meek — they are strong, punchy, and opinionated, much like the legend himself. - Bianca Waller

Tony Bourdain wasn't a brilliant chef. He happily admitted that. But he was a genius at telling the stories of people flying under the radar, in the margins, and sometimes deeply misunderstood. - Catherine Chapin Mayhew

The old saying goes, the people who give you their food, give you their heart. And Tony? Well, he gave it all. . . and we are all better because he did so. May his big, beautiful spirit soar high and happy and shine through in all of us. . .in all we are and all we do, especially in the kitchen. - Jeanine Egan Licciardi