The government is putting 77.3 million acres of Gulf waters up for grabs offshore of five states 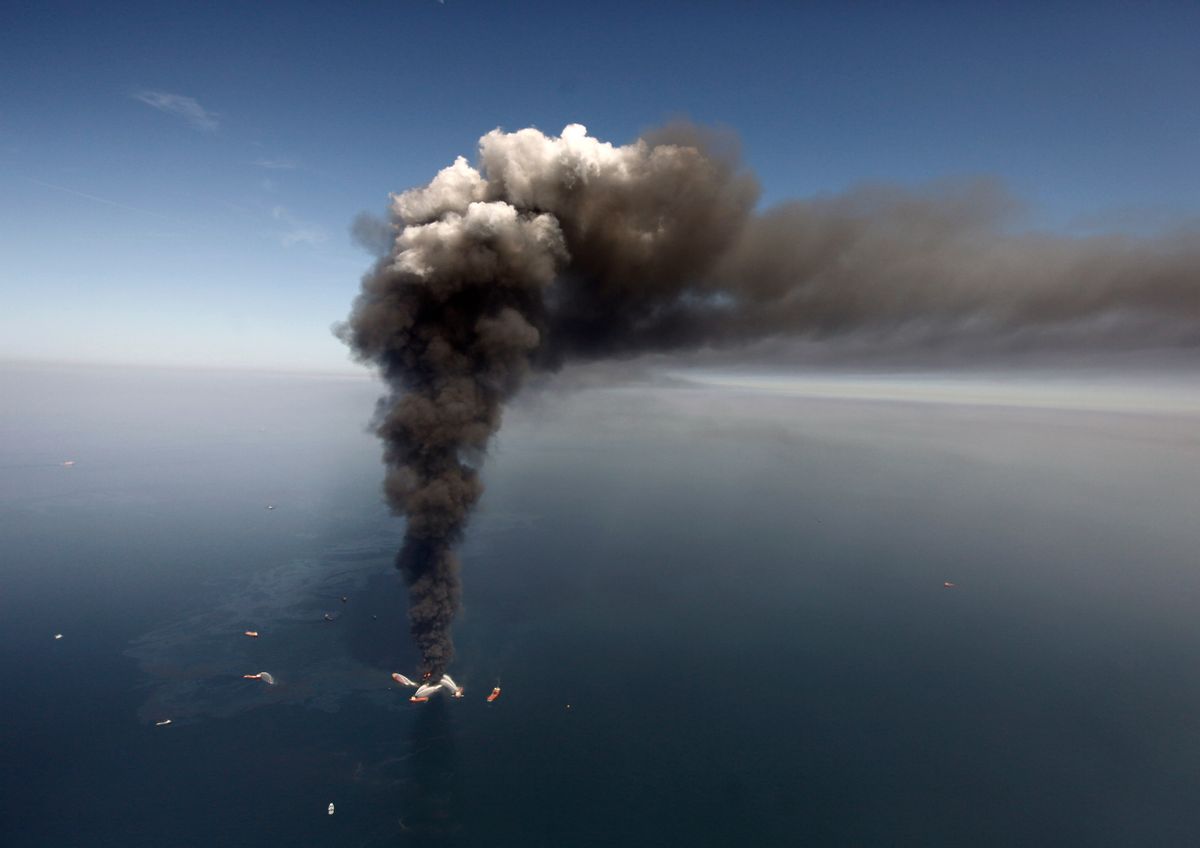 Environmental and conservation groups filed a lawsuit against the Trump administration on Tuesday, challenging federal lease sales for offshore drilling in the Gulf of Mexico that represent the largest offering to the oil and gas industry in United States history.

As part of President Trump’s “America-First Offshore Energy Policy,” federal regulators are offering every available acre of federal waters in the Gulf of Mexico to oil and gas drilling companies at an auction in New Orleans next month, only excluding waters off the coast of Florida protected by Congress for tourism and other reasons. The Gulf is already one of the most heavily drilled offshore regions in the world.

The government is putting 77.3 million acres of Gulf waters up for grabs offshore of five states. Environmentalists say opening the rest of the Gulf up to drilling will reduce competition for available drilling areas and allow fossil fuel companies to gobble up leases at rock bottom prices.

“Donald Trump and [Secretary of the Interior] Ryan Zinke have made it clear that their first priority is handing over our public lands and waters to corporate polluters at as low a cost as possible, regardless of the consequences for our communities, marine ecosystems, and the climate,” said Sierra Club’s Lands Protection Program Director Athan Manuel in a statement.

The lawsuit challenging 2018 Gulf lease sales argues that the Trump administration is working to expand offshore drilling in the Gulf based on a flawed analysis of the industry’s environmental impacts, putting wildlife such as sea turtles and dolphins at risk. Dustin Renaud, a spokesperson for the Gulf Restoration Network, said the analysis relies on environmental protections established under President Obama that the Trump administration is actively trying to roll back as part of its deregulatory, pro-fossil fuel agenda.

“The crux of this lawsuit is that the Trump administration is using Obama-era rules like the well control rule to justify that their lease sale won’t have any impact, while simultaneously rolling back those rules,” Renaud told Truthout.

The well control rule is one of several targeted by the Trump administration that were written after the massive 2010 BP oil spill disaster, which killed 11 oil workers, caused lasting damage to fisheries, ecosystems and even human health. The well control rule focuses on blowout preventers, the emergency systems designed to prevent a Deepwater Horizon-style disaster if operators lose control of their well.

“With these massive lease sales in the Gulf, the Trump administration is holding up President Obama’s policies with one hand to claim [that] the environment and worker safety won’t be compromised, while slashing those same policies with the other hand and aggressively attempting to expand drilling,” said Chris Eaton, an attorney with Earthjustice, the organization that filed the lawsuit. “Trump can’t have it both ways.”

The lawsuit also argues that the Trump administration’s environmental analysis underestimated the impacts that the lease sale could have on global climate disruption.

Oil and gas producers have already developed much of the Gulf, and the industry has shown dwindling interest in federal lease sales like the massive one officials have planned for August. Renaud said the Trump administration is trying to attract new development by pushing down lease prices and rolling back safety rules that smaller fossil fuel firms complain are too expensive.

However, reports show that several of the smaller firms pushing for deregulation and flocking to aging oil and gas fields in the Gulf under Trump’s oil and gas push have a history of pollution and safety violations. Of the 2,104 active oil and gas facilities in the Gulf, 449 are operated by financially at-risk companies that may be motivated to cut corners, according to the Gulf Restoration Network.

An average of 2,100 oil and chemical spills in the Gulf of Mexico are reported to the Coast Guard every year, and the impacts of expansive oil and gas production are well documented. Last month, the same plaintiffs filed a separate lawsuit against federal regulators for failing to conduct a legally required consultation on offshore drilling’s impacts on endangered and threatened Gulf wildlife.