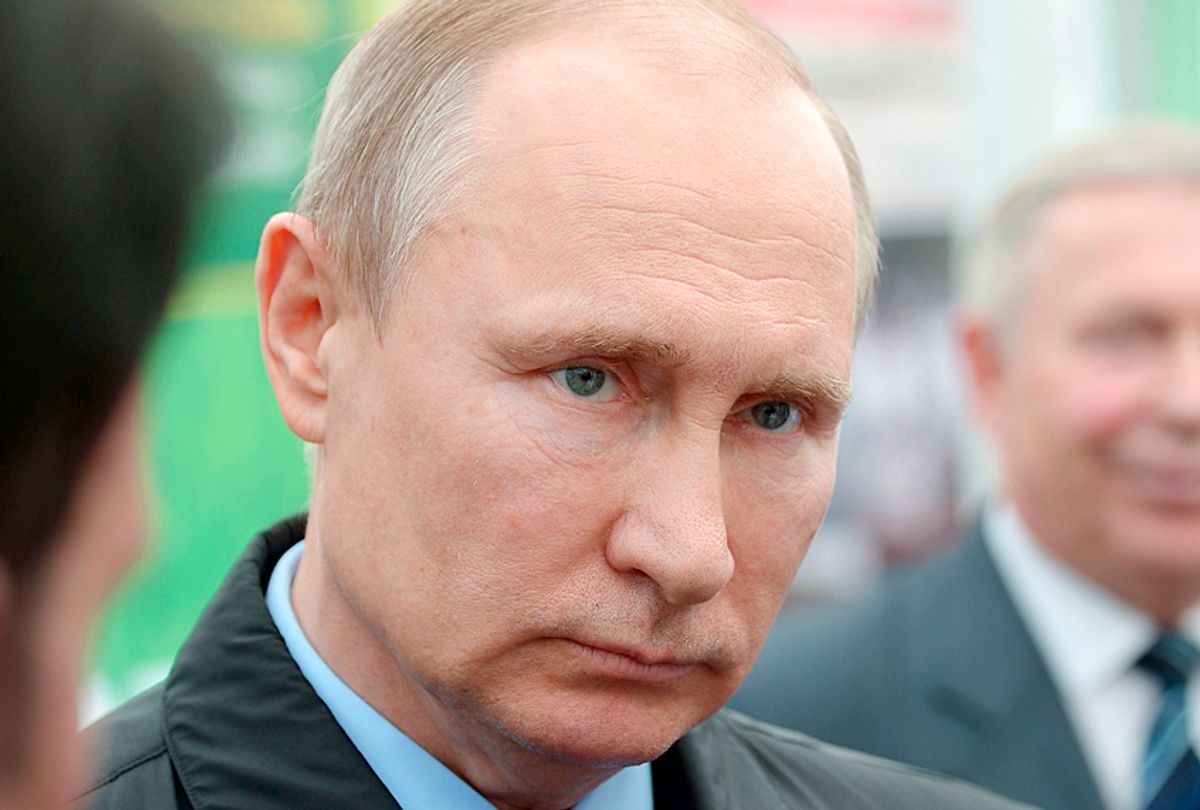 Alleged Russian spy Maria Butina was spotted on a C-SPAN video feed of the National Prayer Breakfast, but an expert in right-wing fundamentalism isn’t shocked.

Jeff Sharlet is a researcher and author on the GOP’s “C” Street house in Washington, DC and "The Family: The Secret Fundamentalism at the Heart of American Power."

“What people don’t understand about the National Prayer Breakfast, is it’s not a government event,” Sharlet explained. “It’s run by a private, sectarian, fundamentalist organize called The Fellowship and The Family that believes in precisely this kind of action. In fact, the long-time leader of the organization has called it quiet diplomacy, back channel, back door interactions between international leaders, that they use the prayer breakfast to bring them together. As recently as a year ago, the current leader, Doug Burleigh, was predicting alliance between [President Donald] Trump and [Russian President Vladimir] Putin. He predicted that that at a Russian prayer breakfast.”

Former Department of Homeland Security Official Juliette Kayyem explained that Butina wasn’t always in the United States on a student visa. Prior to that, she was allowed to come into the U.S. as a guest of the NRA, sponsored through their partnership with a Russian pro-gun organization.

Sharlet explained that the cozy relationship between Christian conservatives and Russians stems from the conservatism in Russia, mainly Putin’s crusade against LGBT people and revival of the Russian Orthodox Church.

“The Fellowship, that organizes the National Prayer Breakfast, particularly admire him because they’re theology, their religious view, is built around their understanding of Jesus, the strong man. They believe Christianity gets it wrong when speaking to every day people. They’re called to administer to elites like Trump and Putin, who can bring peace together. That’s their vision. That’s what they created the prayer breakfast for.”

Watch the full commentary below: