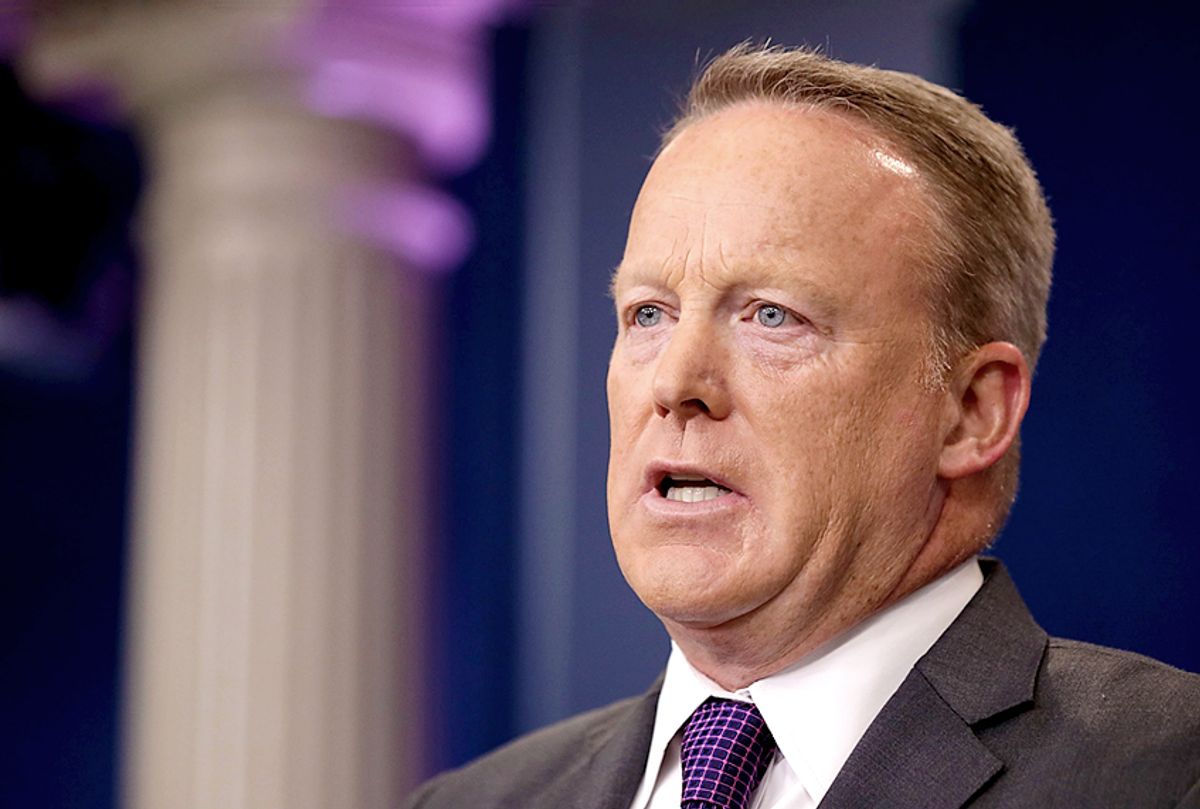 Former White House Press Secretary Sean Spicer appeared on NBC’s “Today” on Thursday to promote his new book, in which he describes President Donald Trump as “a unicorn, riding a unicorn over a rainbow.”

During his appearance on the show, host Savannah Guthrie asked Spicer about his past defenses of some of Trump’s obviously false statements and claims.

“But do you regret sticking your neck out for his more outlandish claims that turn out to be false?” Guthrie said. “I’m thinking about for example, the inauguration crowd size, the three to five million fraudulent votes in the election, having tapes of Comey in the Oval Office. I mean those are three examples of things that are now known not to be true.”

“I appreciate you keeping it to only three,” Spicer replied.

In general, Spicer tried to fall back on his claim that Trump is generally “truthful,” although he acknowledged the president engages in “hyperbole” that could lead people to believe he’s lying.

“Look he’s the ultimate salesman, I think he talks about it in his books how he uses hyperbole to sell issues and that’s how he his, he’s a salesman and a negotiator and a businessman first and foremost,” Spicer insisted.