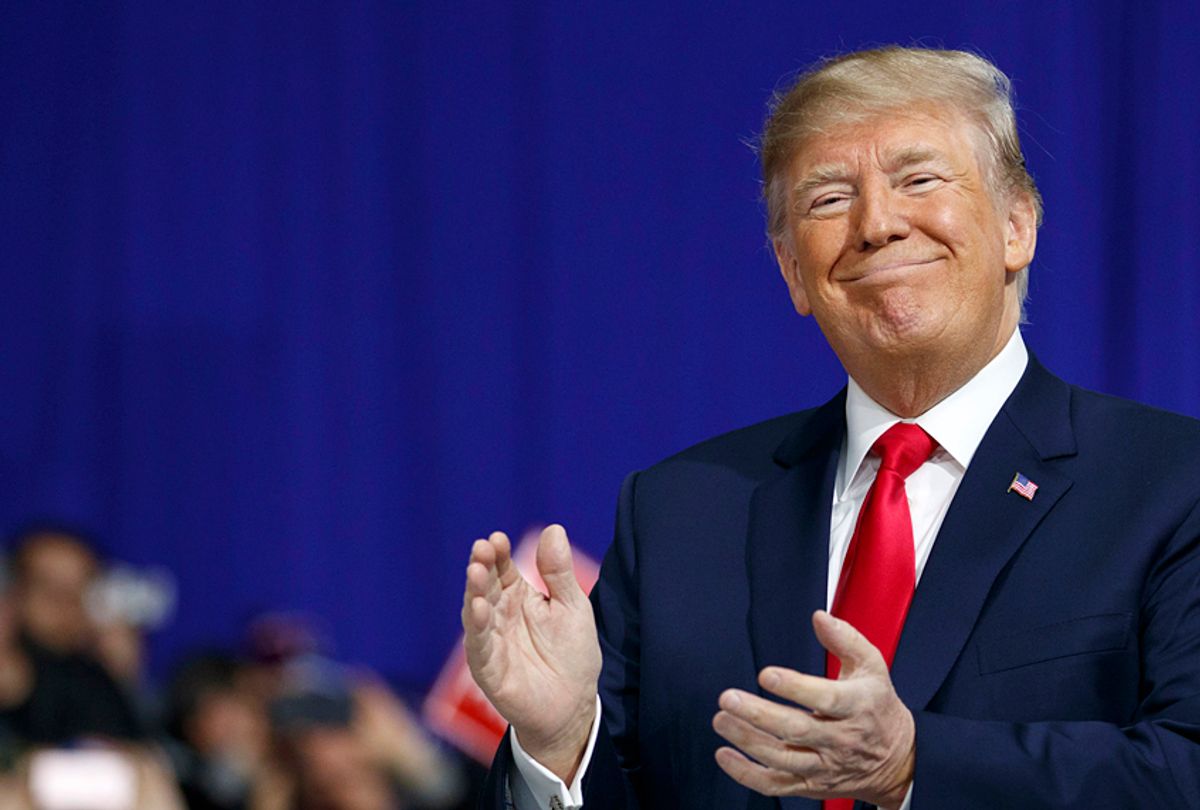 From its office in Paris (France), out of sight of the drama of Trump’s European adventure, the International Energy Agency’s Oil Market Report makes for sober reading. Its June reportsuggests that the oil market will be “finely balanced next year,” which is a polite way of saying that it will be turbulent and — essentially — a mess. The embargoes of Iran and Venezuela have already set the oil market on edge, with Libya’s continued disruption making things very tight. Any further problem, the International Energy Agency says, and the price of oil is likely to spike out of control. Brent Crude, the index for oil prices, could whip from today’s price of just above $70/barrel to $250/barrel.

The main point of disruption is the policy of the United States against Iran. In May of this year, U.S. President Donald Trump jettisoned U.S. commitments to the 2015 nuclear deal with Iran. He called for a total embargo of Iranian oil exports by November of this year. Iran relies upon the export of oil. This May, as a result of the nuclear deal, Iran’s oil exports rose to a high point of 2.7 million barrels per day (bpd). In February, Iran’s oil ministry said that the country had hoped to raise this to 4.7 million bpd within the next four years. It is likely that Iran’s oil will be substantially off-line. This will have catastrophic effects for Iran, certainly, but also for the price of oil outside Iran.

Iran has hoped that its Asian buyers — who buy the bulk of Iranian oil — will not follow U.S. sanctions. They have pinned their hopes on China, which buys the bulk of the oil, as well as on India and Turkey. Already, Iran’s two other buyers — Japan and South Korea — have begun to cut their oil imports. China has indicated that it would not honor the U.S. sanctions. It is likely that the so-called petro-yuan will become a lifeline for the Iranian economy. This new mechanism for pricing oil remains outside the dollar’s institutions, and so not so exposed to U.S. pressure. India, vulnerable to U.S. pressure, has said that it would only buy Iranian oil if it is able to get a waiver against sanctions from the U.S. government. Turkey has also indicated that it would like to get a waiver, although it is likely that Turkey will also try and push against the sanctions regime.

When Trump was in Europe, he reminded the Europeans about the sanctions and the new U.S. posture toward Iran. The European firms, integrated into the U.S. economy, are unlikely to challenge the U.S. sanctions against Iran. After Trump made his remarks in May, the presidents of Russia (Vladimir Putin) and of France (Emmanuel Macron) said that they would protect their companies from U.S. sanctions, since they did not agree with the withdrawal from the nuclear deal. But neither Putin nor Macron has the pulse of his own businesses. Total (France) and Severstal (Russia) have already walked away from doing business with Iran. More will follow.

The Iranian government watches its buyers buckle before the pressure from Trump and the United States government. If Iranian oil exports decline to 700,000 bpd or even fewer, its treasury would be swiftly depleted. Even that amount is only possible if China — which imports 650,000 bpd — actually stands up to the United States. Devaluation of the rialby the Central Bank of Iran in March and April — prior to Trump’s May announcement — already showed the vulnerability of the Iranian economy. Fleeing from the cash economy, those Iranians with cash in hand have gone to the gold coin market, to the real estate market and into unofficial foreign exchange markets (a three-tier exchange rate system is now in operation — a harbinger of serious monetary problems). These Iranians are looking for somewhere to preserve their threatened value as the peril of economic collapse stares Iran in the face.

In November, the United States will have a midterm election. It is an axiom of politics in the United States that high oil prices produce murder at the polls. Jimmy Carter faced re-election in 1980 with oil prices at $1.25 per gallon (or, adjusted for inflation to March 2018 dollars, at $3.89 per gallon). The gas price is currently at $2.88 — about a dollar less than the price faced by Carter in his ill-fated attempt at re-election.

The Trump administration has said that it wants purchases of Iranian oil to come to zero by November 4, 2018. Two days later, the U.S. electorate will go to the polls. If prices rise as a consequence of the drawdown of purchases from Iran, it will have an impact on the polls. Trump and his team recognize the idiocy of lifting oil prices just before an important election. This is why the U.S. government is pushing for at least three means to keep prices reasonably low.

Underinvestment in the oil industry as well as new tensions in Libya further weaken confidence that oil prices can be held at a reasonable level. If oil prices rise and if there is pressure on impoverished states to cut oil subsidies, the kind of protests that took place in Haiti recently should be expected.

Last week, a senior Iranian military commander said that his country would — if pressured — close its territorial waters to international oil tankers. A fifth of the world’s oil passes through the Straits of Hormuz, almost half of the oil brought to the surface in West Asia.

The legal ground for such a closure is not clear. Iran points to the 1958 Geneva Convention on the Law of the Sea, whose Article 16 says that coastal states might “take the necessary steps in its territorial sea to prevent passage which is not innocent.” Iran could make the case that the economic war on the country is being deepened by the transit of oil from Saudi Arabia, UAE and Kuwait to international markets. The 1982 UN Convention on the Law of the Sea affirmed this notion of “innocent passage.”

But even if Iran is on solid ground, it would have a difficult time closing the Straits, which — at its narrowest — has a width of 34 miles. The U.S. naval base in Bahrain is entirely there to keep the Straits open. The possibility of a small war or even a big war is not so far off.